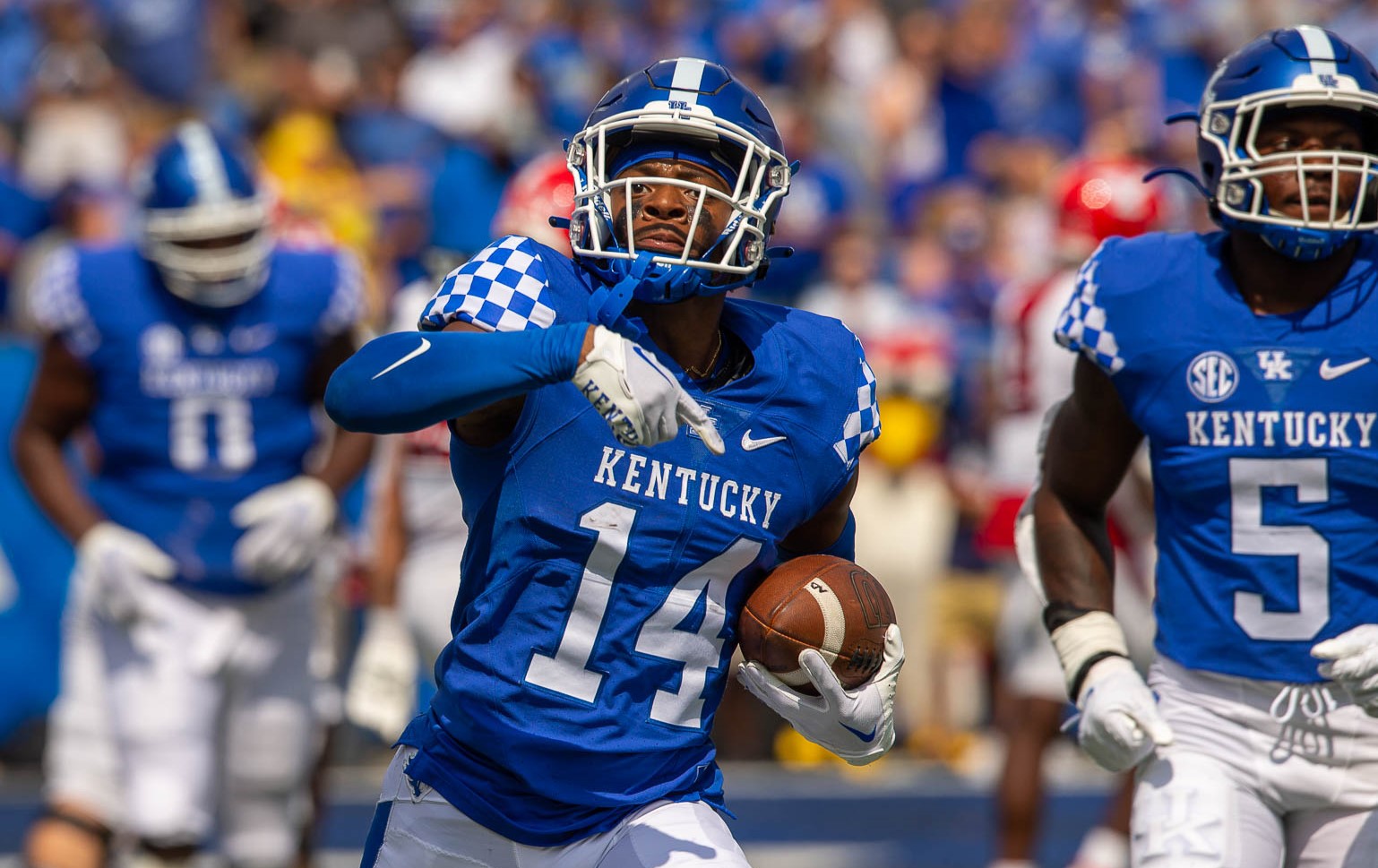 Will Levis scores three touchdowns and passes for 377 yards.

Kentucky retuned to Kroger Field hosting the Youngstown State Penguins.  The game was a special moment for Head Coach Mark Stoops and Associate Head Coach Vince Morrow who both grew up in Youngstown, Ohio. During the game the Kentucky defense shut out Youngstown State from scoring the ball and was the first time UK has shut out an opponent since 2009 when UK Beat Miami of Ohio 42-0.  Kentucky defeated Youngstown 31-0 in today’s win.

Will Levis put up another great performance passing for 377 yards, two touchdowns and a rushing touchdown.  Levis performance wasn’t without some criticism from the Kentucky fans as he threw two interceptions and was sacked four times for a loss of twenty- six total yards of total offense.  Another star in today’s game was the play of Freshmen WR Dane Key.  Key is a native of Lexington, KY attending Fredrick Douglas High School last season.  Key led Kentucky in total receptions, with six total catches, total receiving yards with ninety and caught a touchdown in the first quarter.  Key has also made a touchdown catch in each of his three games to begin the season and has become Levis favorite target downfield.

1st Quarter- Neither team was able to score the ball in the first quarter and both teams had several three and out possessions without moving the chains. The Kentucky offensive line has continued to be an issue, particularly in the first quarter.  Levis was rushed in the pocket and took a hard sack in the quarter.  Without Star Running Back Chris Rodriguez in the backfield, Kentucky struggled early on to get the running game working.  Rodriguez is currently serving a four-game suspension for an off the field issue occurring earlier in the spring and is expected to return on the road against Ole Miss in week five.  Defensively Kentucky was superb and has been relentless in keeping pressure on the quarterback and not allowing points or drives to continue.

2nd Quarter- The Kentucky offense finally started to move the ball in the second quarter with the Wildcats scoring three touchdowns and twenty- one unanswered points.  Levis got the protection he needed and looked more comfortable in the pocket.  Levis found Dane Key down field in single coverage and was able to complete the pass.  Kentucky moved the ball down field rapidly picking up yards and first downs.  Levis was directly responsible for all three scores in the quarter and looked like The QB the Big Blue Nation has come to love.  Levis opened the quarter with a one-yard Touchdown on the QB keeper.  Levis found the end zone again after a defensive stop throwing to Key in the endzone, capping off an eight play seventy-seven-yard drive.  As the quarter was winding down, Kentucky found the endzone again late in the half throwing to WR Chris Lewis for a two-yard passing touchdown and capped off another exciting drive of nine plays and seventy-one-yard drive.  At intermission Kentucky had a comfortable lead over Youngstown State.  Kentucky 21- Youngstown State 0.

Kentucky continued to build on the lead in the third quarter with another scoring possession.  Youngstown State received the kick to open the second half and put together a good drive crossing midfield and into Kentucky territory.  The Kentucky defense stepped up and was able to put pressure on the QB and closed the gaps when the penguins attempted to run the ball, forcing a punt and Keeping the Penguins from scoring.  Offensively Kentucky put together a good drive together and scored on a Kavosiey Smoke rushing Touchdown completing an eight play sixty-seven-yard possession.  At the end of the third quarter Kentucky led Youngstown State 28-0.

Kentucky had a comfortable lead entering the fourth quarter but kept the starters in the game.  Will Levis continued to throw the ball downfield finding Key and Tayvion Robinson for first down gains.  Levis also showed his versatility in the last quarter with his running ability.  One play the Defense had all the UK receivers covered down field, and Levis saw a huge Whole in the Penguin Defense.  Levis sprinted, made a juke move and picked up the first down and nearly scored with a twenty-four-yard gain.  Levis did have another blemish in the quarter with another interception, this time in the Youngstown State endzone.  Levis Redeemed himself on the next offensive drive and was able to move the ball down field through the air.  Kentucky scored one more time in the quarter with a kick by Matt Ruffolo.  Kentucky goes on to defeat Youngstown State 31-0, shutting out the Penguins and is the first shutout since September 2009.