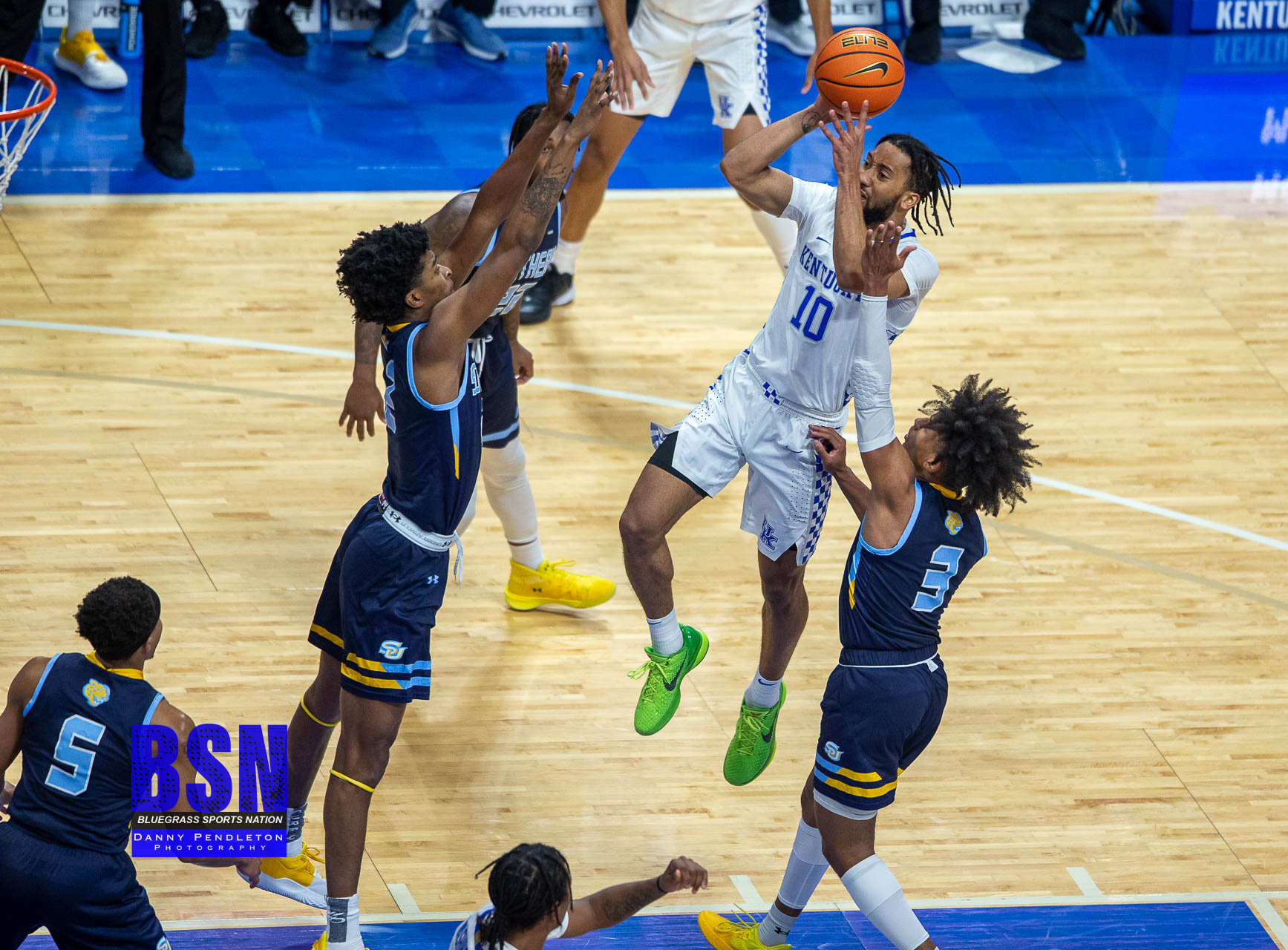 Oscar Tshiebwe scored 18 of his 23 points after halftime despite being in foul trouble, TyTy Washington Jr. added 14 points and both Wildcats keyed small runs to help No. 10 Kentucky top Southern 76-64 on Tuesday night for its seventh consecutive victory.

Playing for the first time in eight days, the Wildcats (7-1) went back and forth with the Jaguars (3-6) for much of the first half before taking the lead for good at 29-26 on Kellan Grady’s 3-pointer. It sparked an 8-0 run to put Kentucky up 38-34 at the break.

Tshiebwe sat for the final nine minutes of the first half with two fouls, but came back on the floor in the second half to lend six points and four rebounds to Kentucky’s 13-5 run for a 51-39 cushion.

The Wildcats needed it, as Southern closed to 57-51 before Tshiebwe and Washington combined for nine points to make it 66-53. Kentucky stayed ahead just enough the rest of the way to close out the team’s closest victory this season after a run of blowouts.

Tshiebwe made his final seven shots to finish 9 of 11 from the field and grabbed 11 rebounds for his nation-leading seventh double-double. Grady and Davion Mintz each added nine points as the Wildcats shot 49% and won the contest on the boards 41-25.

The game kicked off the five-game Unity Series matching Kentucky against Southwestern Athletic Conference schools to raise awareness and funds for Historically Black Colleges and Universities.

Southern: The Jaguars’ fast, physical game and 3-point capability allowed them to lead several times in the first half and keep things interesting. They just couldn’t string together enough baskets to keep pace with Kentucky or prevent Tshiebwe from taking charge in the second half.

Kentucky: Some rust was expected, and initially showed up in the Wildcats’ slow shooting start. Baskets eventually started falling and it helped to have Davion Mintz back from a three-game absence because of illness. He contributed a couple of 3s in the first half, and every bucket was needed to keep Southern at arm’s length.