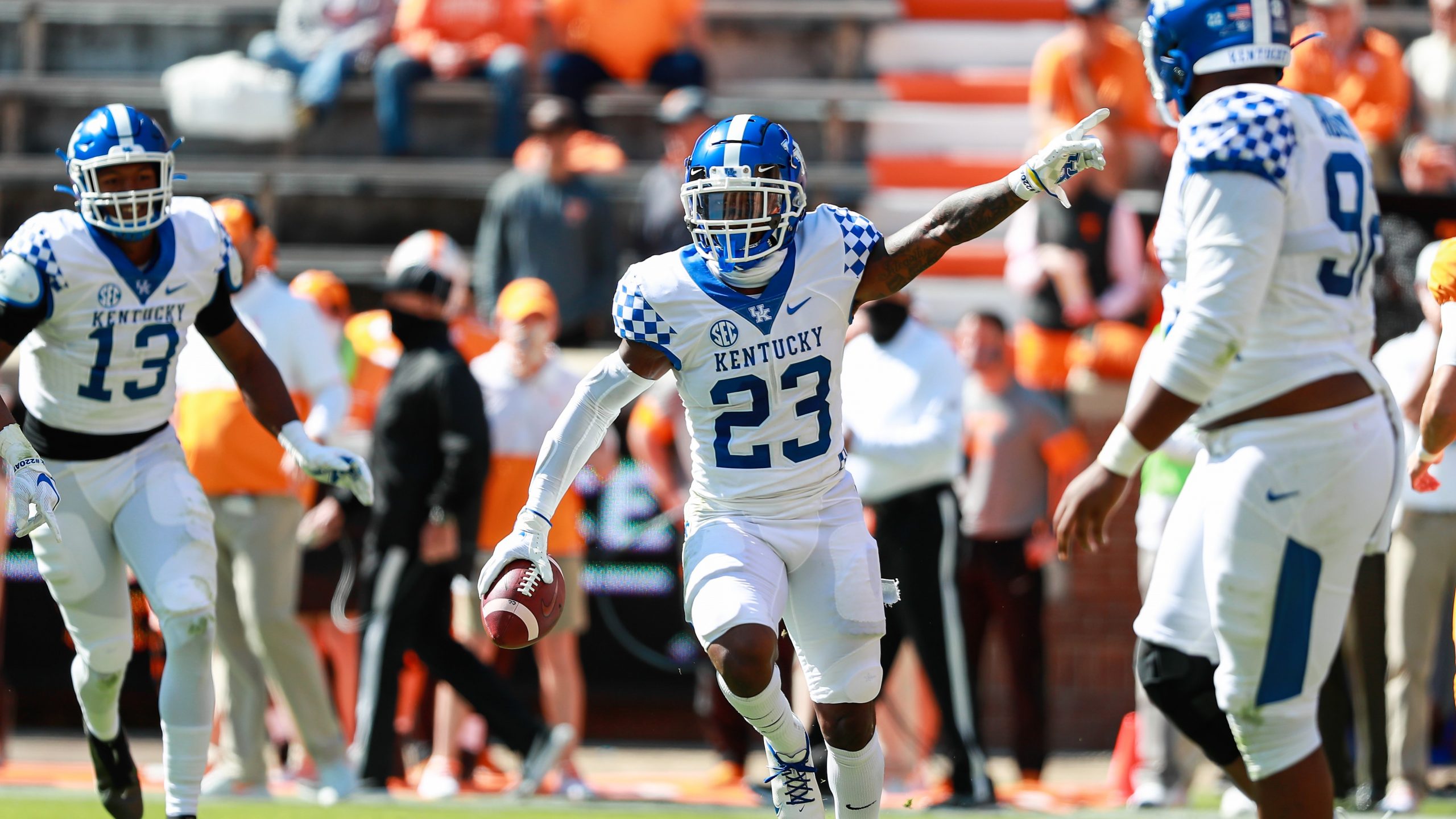 UK has allowed nine points in its past two games, which is the fewest amount of points the Cats have surrendered in a two-game SEC stretch since 1976.

It was a joyful day for BBN. For the first time since 1984, the Kentucky Wildcats defeated the Tennessee Volunteers in Knoxville. After years of lopsided defeats and disappointing losses, the Cats dominated the Vols at Rocky Top in Kentucky’s largest road victory against an Associated Press-ranked team in school history.

Following the game, UK quarterback Terry Wilson was asked about what it means to him to have led the Cats to record-snapping road victories against Florida and Tennessee. Wilson said, “It really is special, and I know it means a lot to this state and to the University of Kentucky.”

Against Tennessee, the unit continued its top-notch play. In the first half, Kentucky’s defense recorded three interceptions on consecutive possessions and returned two of them for touchdowns with the third leading to a UK field goal. On the series before the first interception, the Cats forced and recovered a Volunteer fumble.

Tennessee’s only score of the game occurred on its second-to-last drive of the second quarter. In the second half, the Kentucky defense allowed just 84 yards, and 65 of those yards occurred on the Vols’ final drive.

“I definitely feel like our defense is getting sharper,” Stoops said. “Obviously, creating turnovers has been very big for us and very helpful to the outcome of the games, but we’ve just played cleaner overall. So, yeah, I feel like we’re getting really close.”

While the Kentucky defense was outstanding in the first half, the Wildcat offense struggled with only 75 total yards. However, in the second half, the Cats tallied 219 yards of offense to go along with 17 points. Following the game, Stoops said that the offense’s ability to move the football in the second half helped the UK defense limit the Volunteer offense.

Saturday’s victory marked the first time the Cats have ever defeated a ranked Tennessee team in Knoxville. Kentucky is now 2-2 this season; Tennessee is also 2-2.

What’s Next?
UK’s next game is slated for Oct. 24 at Missouri. The matchup will start at 4:00 p.m. and be televised on the SEC network.