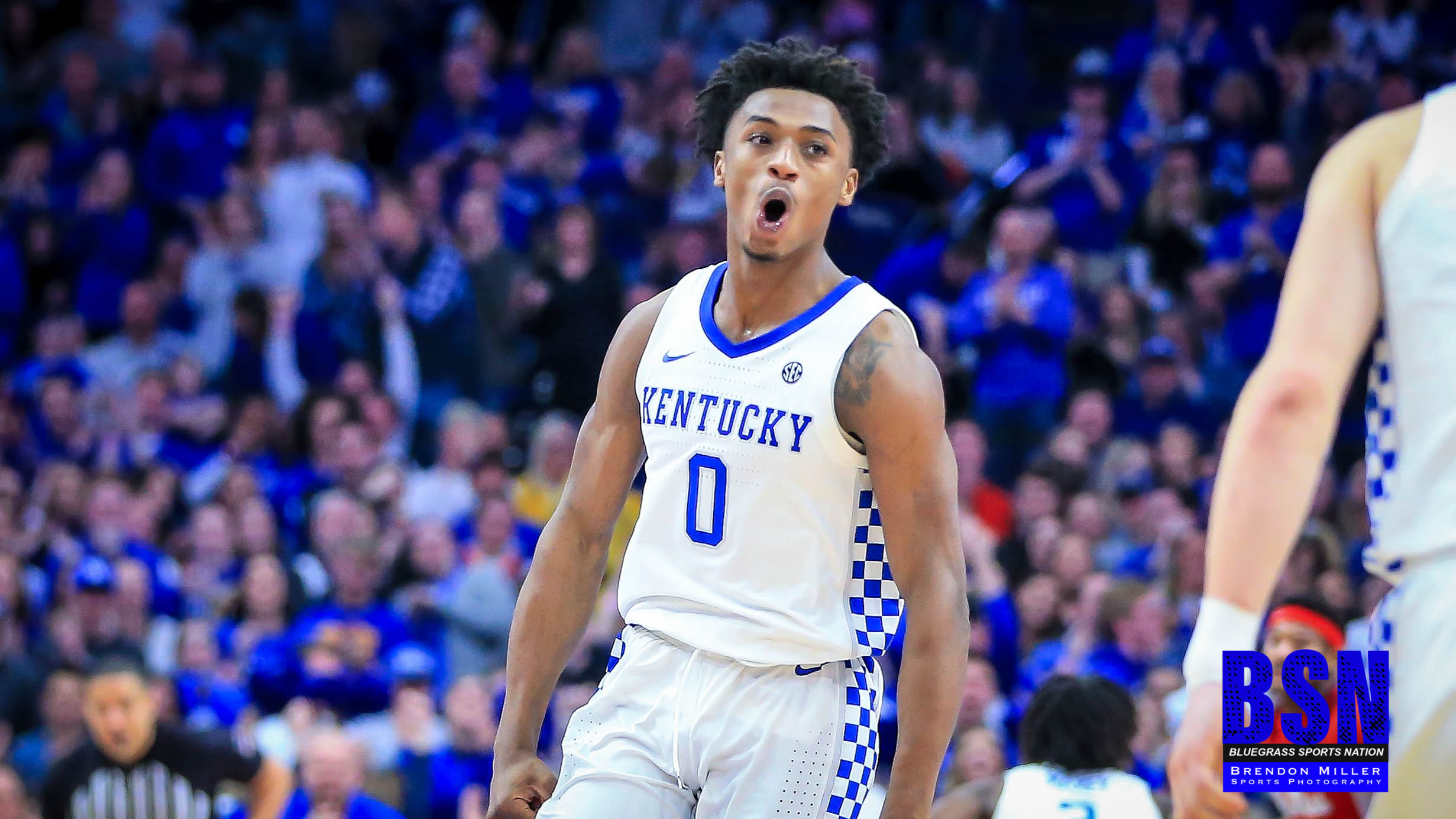 Ole Miss gave Kentucky its best shot. In the end, Kentucky had a will to win.

The 12th-ranked Wildcats weren’t at their best in their first Saturday home game in more than a month but made six free throws down the stretch and escaped with a 67-62 win over the Rebels for their fourth consecutive victory.

“This was like a rock fight,” Kentucky coach John Calipari said. “(It) ended up being a great win.”

In order to pull it off, Kentucky (20-5, 10-2 Southeastern Conference) had to overcome a dismal 2-for-22 performance from long and a gritty effort from Ole Miss, which had won its previous three games by an average of 18 points. Calipari still wasn’t sure how the Wildcats eased past the Rebels but was just elated to avoid a potential misstep.

“I can’t imagine how many one-footers we missed but a bunch and still win the game, I’m happy as heck,” he said. “Move on, next game.”

Although scoring points were hard to come by, Kentucky used hustle plays down the stretch to remain in a position to win the regular-season conference title and polish its tournament resume. In one of those plays, EJ Montgomery rebounded a hard bank missed 3-pointer off the backboard by Tyrese Maxey that he tossed back to Maxey while falling to the ground that led to a go-ahead basket. It was the kind of play the Wildcats needed at the time to avoid a late collapse.

“Two weeks ago (Maxey would) have had his head back and ran back (on defense),” Calipari said. “Two weeks later, playing to win, he runs down the ball and shoots the layup that may have won the game for us.”

Kentucky forward Nick Richards said the tight contest served notice the Wildcats don’t give in to any team, despite trailing for most of the second half.

“I think it’s a great sign.” said Richards, who scored 16 points and grabbed seven rebounds. “We showed that we have that winning mentality — that will to win. I wasn’t at my best, especially in the first half, and I really wasn’t at my best the entire game. We still came out and found a way to win.”

Immanuel Quickley led Kentucky with 17 points and wasn’t surprised by the showing of Ole Miss, which nearly defeated No. 11 Auburn before the Tigers escaped with an 83-82 victory in overtime on Jan. 28 in Oxford.

“Ole Miss is a really good team,” Quickley said. “They’re really well-coached and they play really hard. They’ve got a guy (Breein Tyree) that can go and get 40 (points) and he played really well today. Their whole team played really well and it was a good game for us.”

The Rebels (13-12, 4-8) and Wildcats battled through nine consecutive lead changes before Richards made a pair of free throws to give the Wildcats the lead for good at 63-62. Ole Miss missed a desperation 3-pointer and Tyree missed the front end of a bonus, not once, but twice, while Quickley and Keion Brooks Jr. swished four free throws in the closing seconds to seal the deal.

Kentucky’s struggles extended beyond the 3-point line and Calipari wasn’t sure how many the Wildcats missed inside the arc, but Richards said the shots simply weren’t falling, especially in the opening half.

“They were open shots that we normally make, but they just weren’t going down,” Richards said. “It happens and as coach says, we’re not robots or machines. It’s going to happen and today and it did.”

Quickley said the close call against the Rebels will come in handy in the future and the performance “just showed how resilient and tough this team is.”

“That’s really what the (NCAA) tournament is really all about,” he said. “You want to be at your best when tournament time comes. When you have a bad shooting night in the tournament you can lose a game, and just knowing that we can still win games even when we’re not shooting (well). Our defense came through for us and that’s really what it’s all about.”