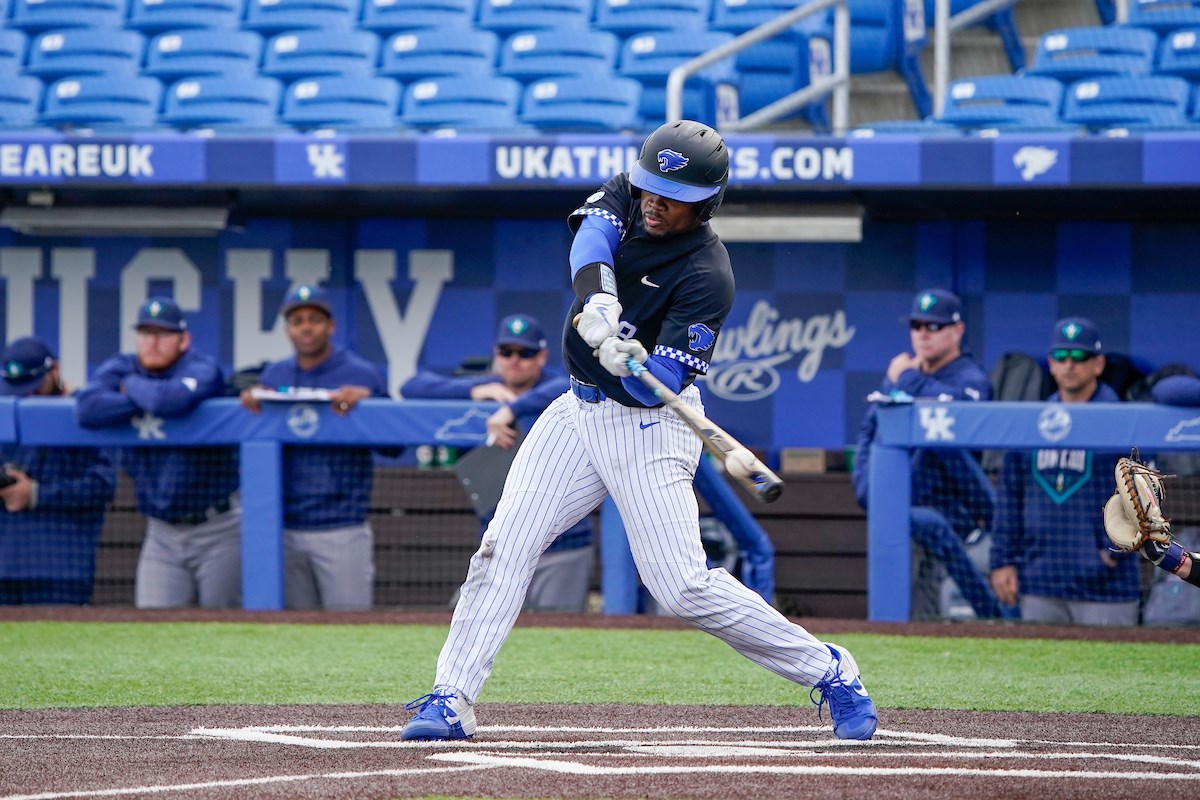 GAME 1 – Friday
In game one of the weekend, Jimmy Ramsey was given the start for the Cats and Z. Sharpe for the Seahawks. The Seahawks got on the board first in the top of the first inning, managing to get two runs across the board to get a 2-0 lead. In the top of the fourth inning, the Seahawks added another run. Braxton Cottongame came in to pitch in the top of sixth inning for the Cats. Braxton struck out three of the eight batters faced, threw twenty-one strikes out of twenty-seven pitches thrown, allowed two hits, and two runs in his two innings of middle relief. The Seahawks added three more runs in the top of ninth inning, to get a 8-0 lead, which ended up being the final score.

Jimmy Ramsey was given the loss for Kentucky to put him to (1-2) on the season and the Cats to (5-4) on the season. Kentucky was led offensively by Freshman, Chase Estep going (2-3), Matt Golda going (1-4), Austin Shultz going (1-3), and TJ Collett going (1-3). Kentucky had five hits, committed three errors, and left seven runners on base in game of the series.

Mason Hazelwood was given the loss to put at (1-1) on the season and the Cats to (5-5) on the season. Mason went seven innings, gave up six hits, two earned runs, recorded nine strikeouts and walked zero batters. Kentucky was led at the plate by John Rhodes going (1-1), TJ Collett going (1-2), and Oraj Anu going (1-4). Kentucky had three hits, committed two errors, and left eight runners on base in game two of the weekend.

GAME 3 – Sunday
In game three, Zack Lee was that starter for the Cats and L. Gesell for the Seahawks. The Seahawks going on the board first in the top of the second inning, scoring five runs to get a 5-0 lead. The Cats responded in the bottom of the third inning, with Austin Shultz hitting a two-run homerun to left field, bringing in Zeke Lewis to cut the deficit to 5-2. TJ Collett hit a solo homerun to right field, to put the score to 5-3. The Seahawks added one more run in the top of the sixth to increase the lead to 6-3. In the bottom of the sixth inning, John Rhodes singled to right field, scoring Jaren Shelby to put the score to 6-4. In the top of the seventh inning, the Seahawks added one more run to put the score to 7-4. The Cats couldn’t manage to add any more runs to the board, with the final score being 7-4.

Zack Lee was given the loss for the Wildcats to put him to (0-1) on the season and the Cats to (5-6) on the season. Kentucky was led at the plate by Oraj Anu going (3-5), Austin Shultz going (2-5) with a homerun and two RBI’s, John Rhodes going (2-4) with one RBI, TJ Collett going (1-5) with a homerun and one RBI, and Matt Golda going (1-4). Kentucky scored four runs, had eleven hits, committed zero errors, and left eight runners on base.

Kentucky finished out the weekend losing all three games to UNC Wilmington to put them to (5-6) on the season. The Wildcats were shut out in two of the three games, being scoreless in the first two.