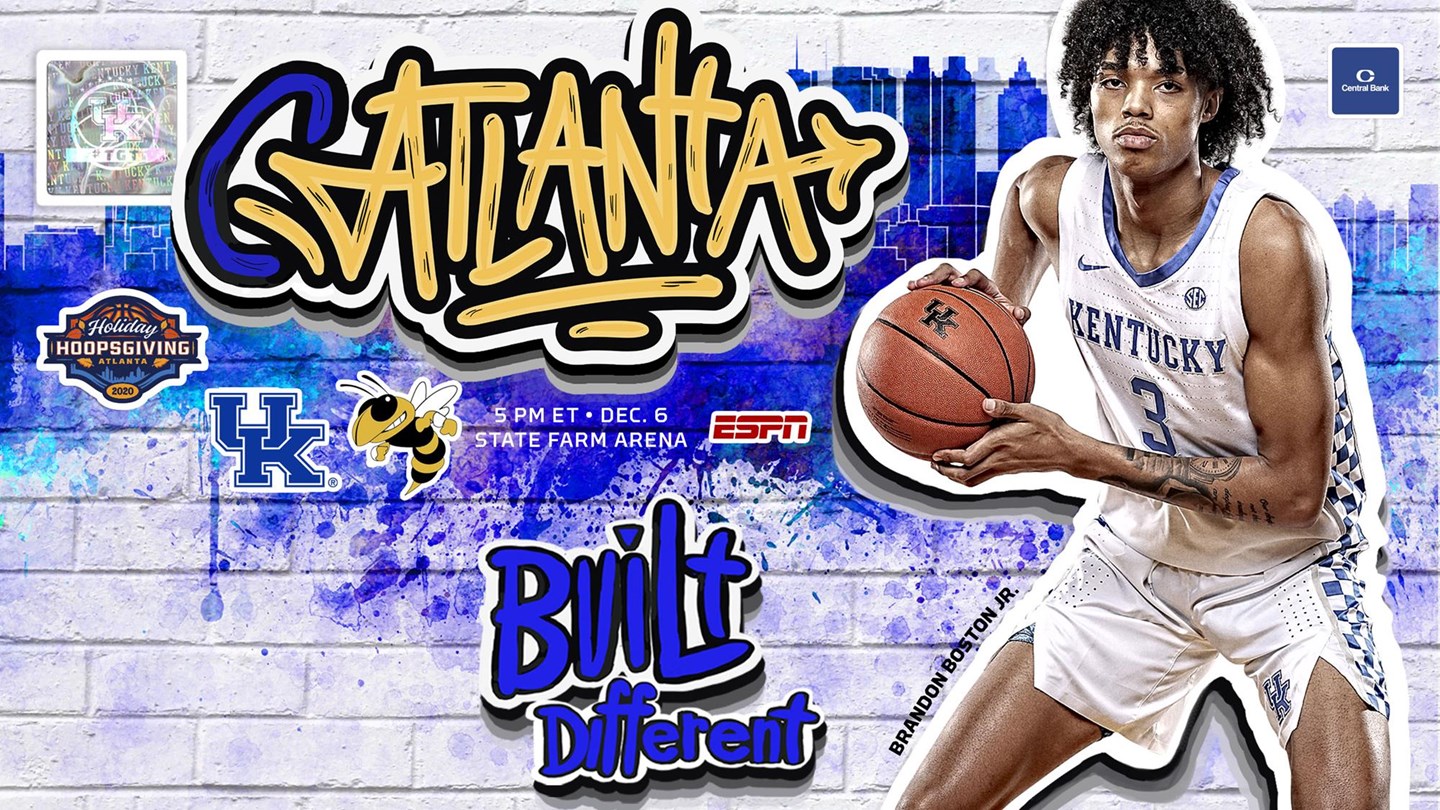 In a normal season, UK head coach John Calipari would have had more time to tinker with his young team. But, as with everything else has been in 2020, this is not a normal season.

So Calipari did not have a Blue-White game. The Cats did not have any exhibition games. It was right into the season and facing Division I teams.

After topping Morehead State in the season opener, the Cats have dropped their last two games, falling to Richmond and Kansas. All of this while Calipari is still trying to find out exactly what this team does best.

“I was talking to a friend of mine today,” Calipari said. “If you have an experienced team, not playing exhibitions, not having your normal ‘buy’ games to learn and figure it out, get their feet wet, having no fans in a building – maybe you’re like us where it has a big effect on a game – if you have a veteran team, it’s not that big of a deal.”

Instead, Calipari has 10 newcomers seeing the floor. His one returnee from last year, Keion Brooks Jr., has yet to see action this season due to injury.

Calipari knows that sometimes teams have to sink very low before they can get better.

“Sometimes teams have to hit rock bottom before they listen, especially if they’re immature,” Calipari said. “I’m not afraid of that. I’ve got to figure out how do I help them get better? How do I help them mature? How do I hold them accountable to a standard that an adult adheres to? Not a child.”

As Calipari looks at what this team is struggling with, especially shooting the ball, he’s examining everything that goes with that.

“You’ve got to say, ‘Are the right guys getting the shots, perimeter shots? Are they getting them in rhythm? Are we playing in a way that would lead to that?’ And that’s what I come back to because in practice, they shoot it well,” Calipari said.

And while the team has a 1-2 record and is not off to the start they had hoped for, all is not lost. There are things that this team is doing well that Calipari really likes.

Calipari is hoping that defense and rebounding can carry them against 0-2 Georgia Tech this weekend. The Yellow Jackets, under the direction of former Calipari assistant Josh Pastner, have dropped games to Georgia State and Mercer.

Calipari and his staff are hopeful that the offense will make a turn at some point. Until that time, the Cats will be relying on defense and rebounding to carry them through.

Wildcats Fall Short in Upset Bid Over No. 7/5 Kansas

Jalen Wilson scored 21 of his career-high 23 points in the second half and posted his first double-double to help No. 7/5 Kansas get past No. 20/9 Kentucky 65-62 on Tuesday night in the Champions Classic.

Wilson grabbed 10 rebounds as the Jayhawks (2-1) won their second straight since losing their opener to top-ranked Gonzaga. Ochai Agbaji had 17 points.

Kentucky (1-2) was led by Brandon Boston Jr. and Davion Mintz, who each scored 12. Mintz had a chance to tie it with five seconds to go but his 3-pointer was off the mark and Kansas grabbed the rebound.

This matchup between college basketball’s two winningest programs was no classic.

It was sloppy, ugly and disjointed in an empty Bankers Life Fieldhouse in Indianapolis that had no fans, no cardboard cutouts and no piped-in noise except during timeouts. And the lack of intensity was palpable throughout the game.

Kansas shot 30% from the field, missing three of four free throws during one stretch in the final minute when it could have sealed the win. Kentucky shot 36% but couldn’t even grab the rebound after Agbaji missed his second free throw during the stretch.

The Wildcats took an early double-digit lead but after closing to 35-29 at halftime, Kansas opened the second period on a 10-3 run to take the lead.

But the offensive woes prevented either team from taking control until Agbaji broke a 55-all tie with a rare 3-pointer at the 2:43 mark. His dunk on the next possession finally gave Kansas some breathing room.

“They’ve got to go through this,” Kentucky head coach John Calipari said. “It’s all part of the growth of this. They punked us. We couldn’t even bring in the ball.”

Mr. Jackson is For Real

Throughout the preseason, every scholarship player and coaching staff member participated in a media conference call. The general consensus? Isaiah Jackson was easily the surprise of the early season practices. And through three games, he’s lived up to the hype.

Jackson is averaging 7.3 points, 10.0 rebounds and 4.0 blocks per game, while shooting 45.0% from the field. He’s logged back-to-back games with 12 or more rebounds and introduced himself to the nation in a nationally-televised game in the Champions Classic against No. 7/5 Kansas with seven points, eight blocks and 12 boards.

The eight blocks are the most for a UK player since Willie Cauley-Stein had nine against Boise State on Dec. 10, 2013. It’s the most ever by a UK player against an Associated Press top-10 opponent in program history. Andre Riddick held the record with seven swats against No. 1 Arkansas on March 12, 1994. National Player of the Year Anthony Davis produced three games with six rejections against top-10 ranked teams during his one-year career at Kentucky, including six in the national title game against Kansas on April 2, 2012.