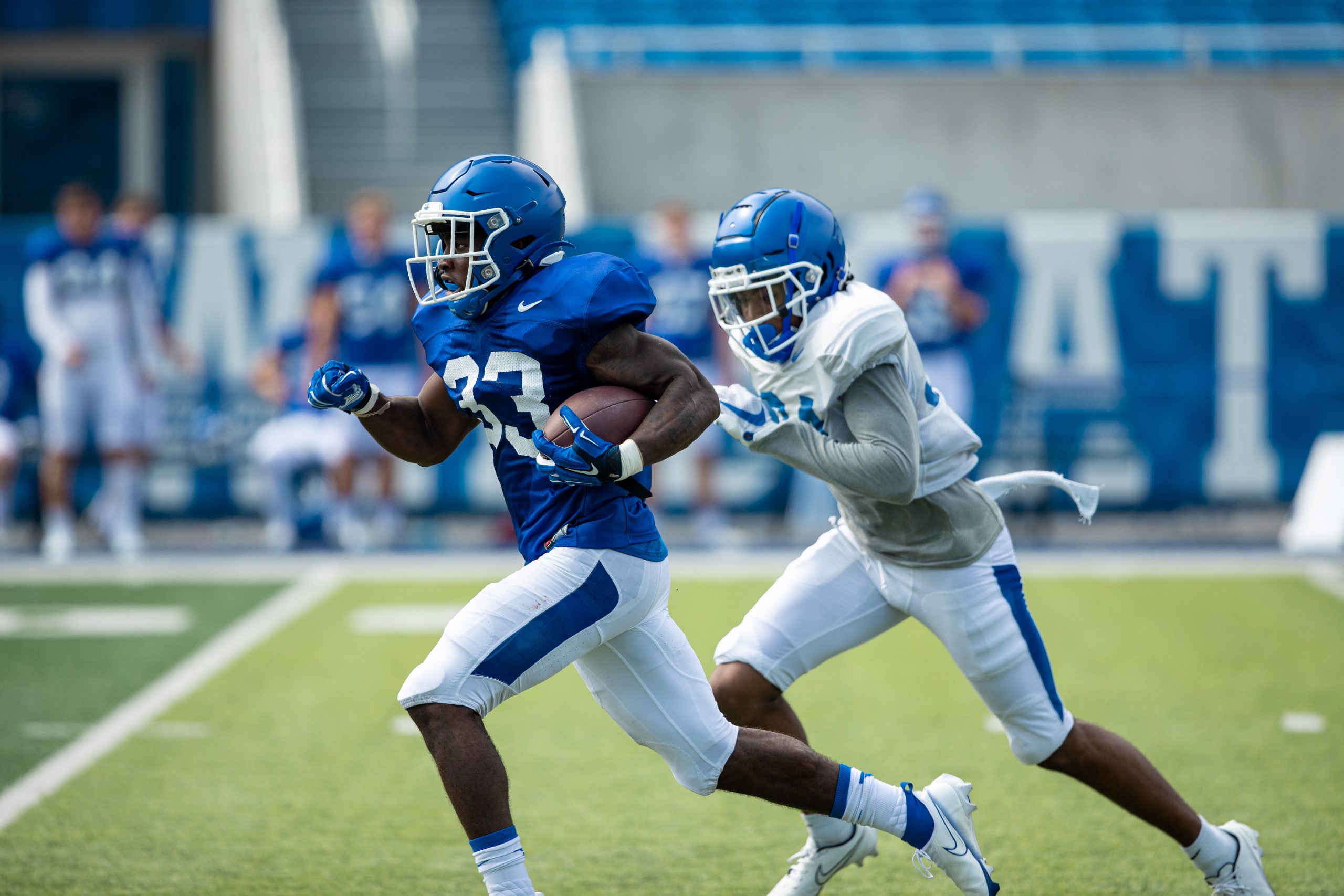 Kentucky coach Mark Stoops had to change his plans during his team’s third and final scrimmage of fall workouts Saturday.

“We’re thin at certain positions and we did have to look at that and alter some of the scrimmage today,” he said. ‘“… We’re getting thin at a few spots and positions with injuries and COVID-19. Everything is still manageable at this point and time. But it does get you a touch thin when you’re going with three and four groups and getting into a heavy scrimmage.”

Stoops didn’t touch on any specifics regarding the effects of coronavirus within the team’s proverbial bubble but added recent concentration has centered on “the players that we have and keeping them safe” and “continuing to get better each and every day.”

Stoops said the Kentucky coach said contact tracing has been a “major issue” for most college football teams to maneuver during the preseason but added the Wildcats have been fortunate “up to this point.”

“I did have to alter portions of the scrimmage (Saturday), because of that (contact tracing),” he said. “We still got a lot of good work in and got the players the necessary work (they needed). It definitely is  different and when you are having to manage that.”

Stoops was “overall very pleased” with the workout, but added that conducting three preseason scrimmages “is unusual” but because of the ongoing coronavirus pandemic, the Wildcats had more time to prepare for the upcoming season that begins in two weeks at Auburn.

“We (usually) have two pretty intense, live scrimmages a year,” he said. “(But) it looks like we got out of there relatively healthy, which is really important because we feel like you’re really pushing it when you go at it with three live scrimmages.”

He added the Wildcats went as usual with the first- and second-team players on both sides of the ball but didn’t use as many sets or plays this time around.

“We had a couple of long drives, which I wanted to see because I wanted to gauge their conditioning and I feel good about that. … we probably got 25 percent less than with a normal scrimmage with the ones.”

“He hasn’t taken a full hit in over a year, that’s a concern and we try to put him into as Amy live situations as we can without injuring him,” he said. “With the reps, we have in there right now, there are bodies coming all over the place.

“That’s just the way we practice and defensively we have some decent experience. We put him under immense pressure every day. … He has to make decisions and he’s feeling it. He’s also pulling it down and running just like he always has when he feels the need to scramble. .. I’ve seen enough to where I’m comfortable with him.  … We’re continuing to go live with him.”