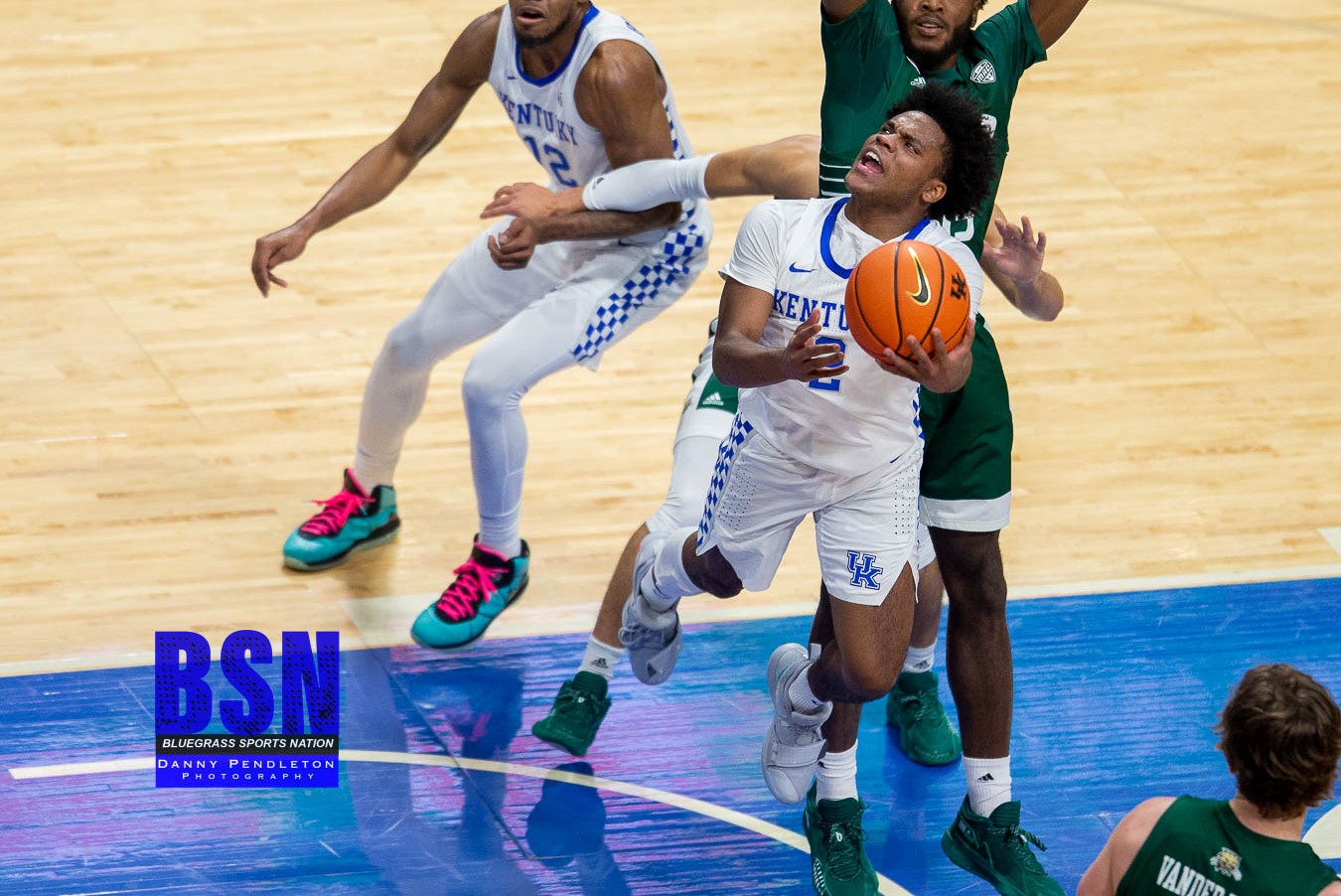 Tshiebwe picked up two fouls early in the first minute and a half of play, forcing Cal to bring him out of the remainder of the first half. Ohio started out hot going 3-3 from three-point range and 8-12 from field goals in the first eight minutes of regulation giving them a 20 to 12 lead, while Kentucky shot 0-6 from deep and 4-15 from field goals. Dontaie Allen came in and hit a three immediately off the bench to bring the cats within two points with a score of 24 to 22 that brought the Kentucky crowd to their feet.

Kentucky went into the half with a 40 to 38 point lead. Kentucky was lead offensively at the half by Brooks with twelve points, Washington with eight points, and Hopkins with seven points. The Ohio big guys, Vander Plas and Carter took advantage, contributing thirteen and nine points in the first half with Tshiebwe on the bench. Kentucky outrebounded Ohio 26 to 11 in the first half, however had eight turnovers compared to the Bobcats one.

The Cats went on a 13-2 run in a four minute and thirty-six second span that helped the Cats start to pull away. TyTy Washington hit a big three to give the Cats a 55 to 48 lead that started off an offensive rebound by Tshiebwe. The next possession, Mintz hit a layup in transition to bring the BBN faithful to their feet, putting Kentucky up 57 to 48, forcing Miami to call a timeout with eleven minutes to play in the second half. TyTy Washington and Keion Brooks played a phenomenal second half contributing twelve and ten points. The Bobcats only scored twenty-one points the entire second half, giving the Wildcats a 77 to 59 win.

Kentucky picked up another win tonight putting them to (3-1) on the season. Kentucky was led offensively by Keion Brook with twenty-two points, TyTy Washington with twenty points, Davion Mintz with twelve points, and Shavir Wheeler with eleven points. Kentucky was led on the glass by TyTy Washington with eleven rebounds, Oscar Tshiebwe with ten rebounds, Davion Mintz with nine rebounds, and Keion Brooks with eight. Kentucky outrebound Ohio 53 to 17 for the game, with 19 of those being on the offensive end. Kentucky turned the ball over fifteen times tonight and shot 18.8% from three-point range, which are two things they are going to have to improve going forward. The Wildcats take on Albany this coming Monday at 7:00 PM at Rupp Arena, looking to pick up their fourth consecutive home win.