CATS Use Another Second-Half Rally to Complete Sweep of Vandy 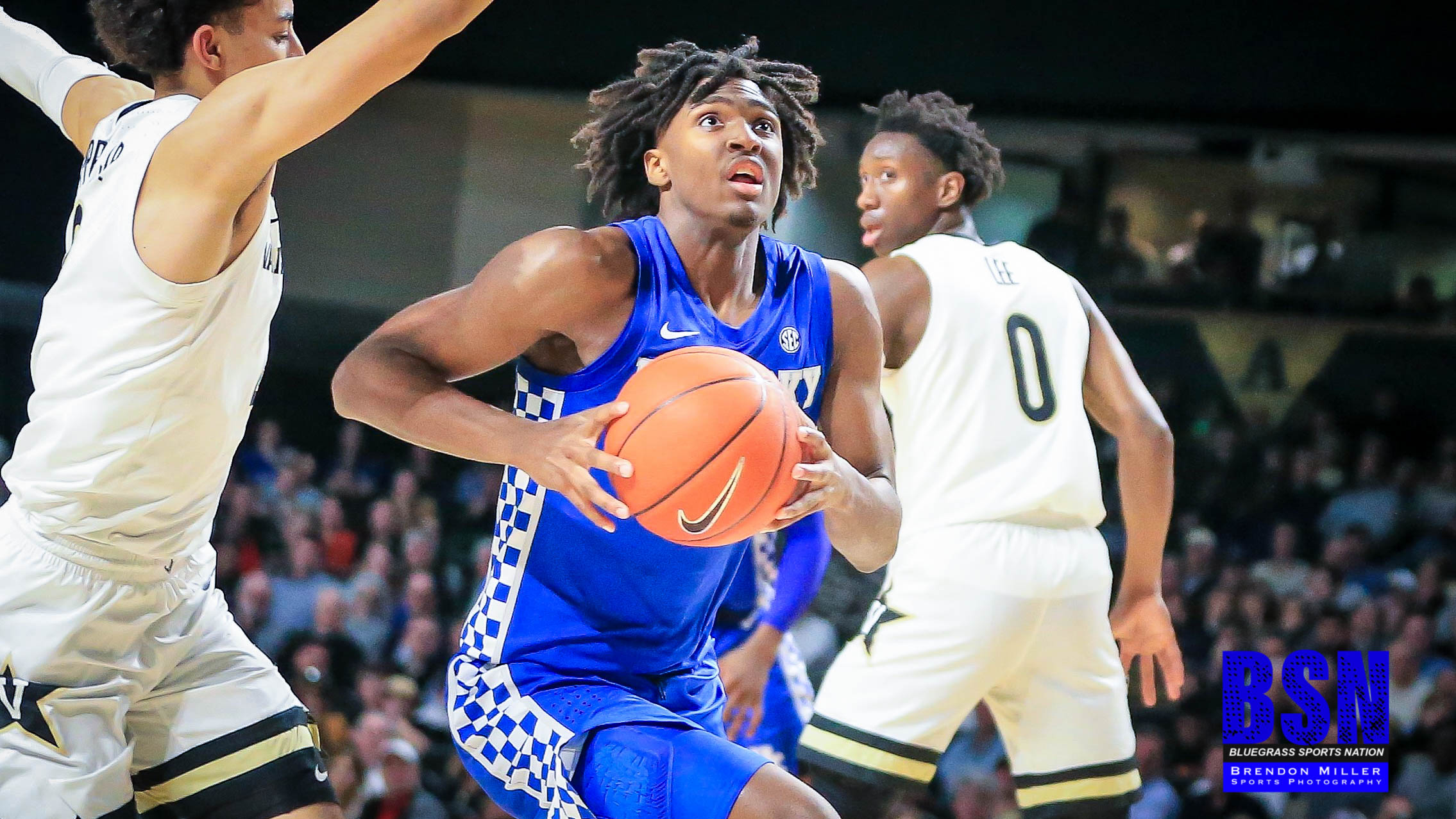 Comebacks are customary when Kentucky plays Vanderbilt no matter the circumstances. The Wildcats did it again Tuesday night at Memorial Gymnasium.

Kentucky rallied and notched its third consecutive victory and 11th in its last 13 contests with a 78-64 win over the Commodores. The 12th-ranked Wildcats (19-5, 9-2 Southeastern Conference) outscored Vanderbilt 51-28 in the second half for their fourth straight victory over Vanderbilt in Nashville.

“It was a good road win,” Kentucky coach John Calipari said. “They beat LSU here (and) they’re playing so much better right now and if they make shots, they’re going to win games. We’re done with them now (and) I hope they win every game.”

The Wildcats didn’t fully gain control of the contest until Immanuel Quickley sank a pair of 3-pointers in the final four minutes in Calipari’s  400th game at Kentucky. Although it would have been easy for Calipari to throw a tantrum at halftime, the Kentucky coach, who turned 61 on Tuesday, was still in birthday mode.

“It was my birthday (week) and I just didn’t want to get mean,” Calipari said. “I said ‘How are they beating us down here and we’re not beating them?’ That was my challenge to the guards at halftime.”

“He was really calm and he wanted us to work it out altogether and talk on it,” Hagans said. “We came out there and we were the aggressor in the second half and we were just trying to get the win.”

Quickley finished with 18 points, while Tyrese Maxey led four players in double figures with 25 points. Nick Richards added 12 points and grabbed seven rebounds before fouling out with 1:14 remaining. Hagans just missed out on a triple-double with 11 points, 10 rebounds, and eight assists.

Much to his satisfaction, Calipari said Maxey “played with a toughness to win, versus just playing basketball.”

“That was a good sign,” he said. “We have three point guards, we should be making good plays. … Tyrese stuck his nose in there, which he hasn’t done in games (this year). He will go in and act like he’s trying to get the ball (when he rebounds), but he’s not and he’s hoping someone else will grab it. Today, he went after balls.”

The Wildcats rebounded from a 35-27 deficit to hold off the Commodores in a 71-62 victory last month in Lexington and this one required some extra effort in the second half here in Music City. Even though Kentucky has won eight in a row over Vandy, Kentucky has rallied in five of those games.

The Commodores sank 12 3-pointers in a 99-90 upset of LSU last week and made eight in first half alone against Kentucky, enabling the hosts to build a 36-22 lead late in the opening half. Kentucky trimmed the margin to 36-27 at the break.

“It’s just a matter of want-to,” first-year Vanderbilt coach Jerry Stackhouse said. “Once they got back into the game, they kind of sensed that we were on our heels they took it up a notch. We’ve got to find a way to battle adversity and still be able to find that next level. I think that’s just part of our growth.”

Calipari cautioned against the Wildcats against falling asleep against Vandy, which has won just one game in its previous 29 conference games and Kentucky took a nap against the Commodores in the opening half, but that was mostly because of the Commodores’ ability to make shots from long range.

“They didn’t miss many shots in the first half,” Calipari said. “They made a lot of shots. … In the second half, they missed shots and we rebounded (the ball).”

Kentucky was effective in the post, collecting 12 blocks, including three each by Richards, EJ Montgomery and Nate Sestina.

“Nick blocks helped us get into transition,” Maxey said. “Not just the blocks, but coach said at halftime we are going through Nick and that’s what ended up happening.”

And the end result was a second-half turnaround that fueled the Wildcats to another road victory.