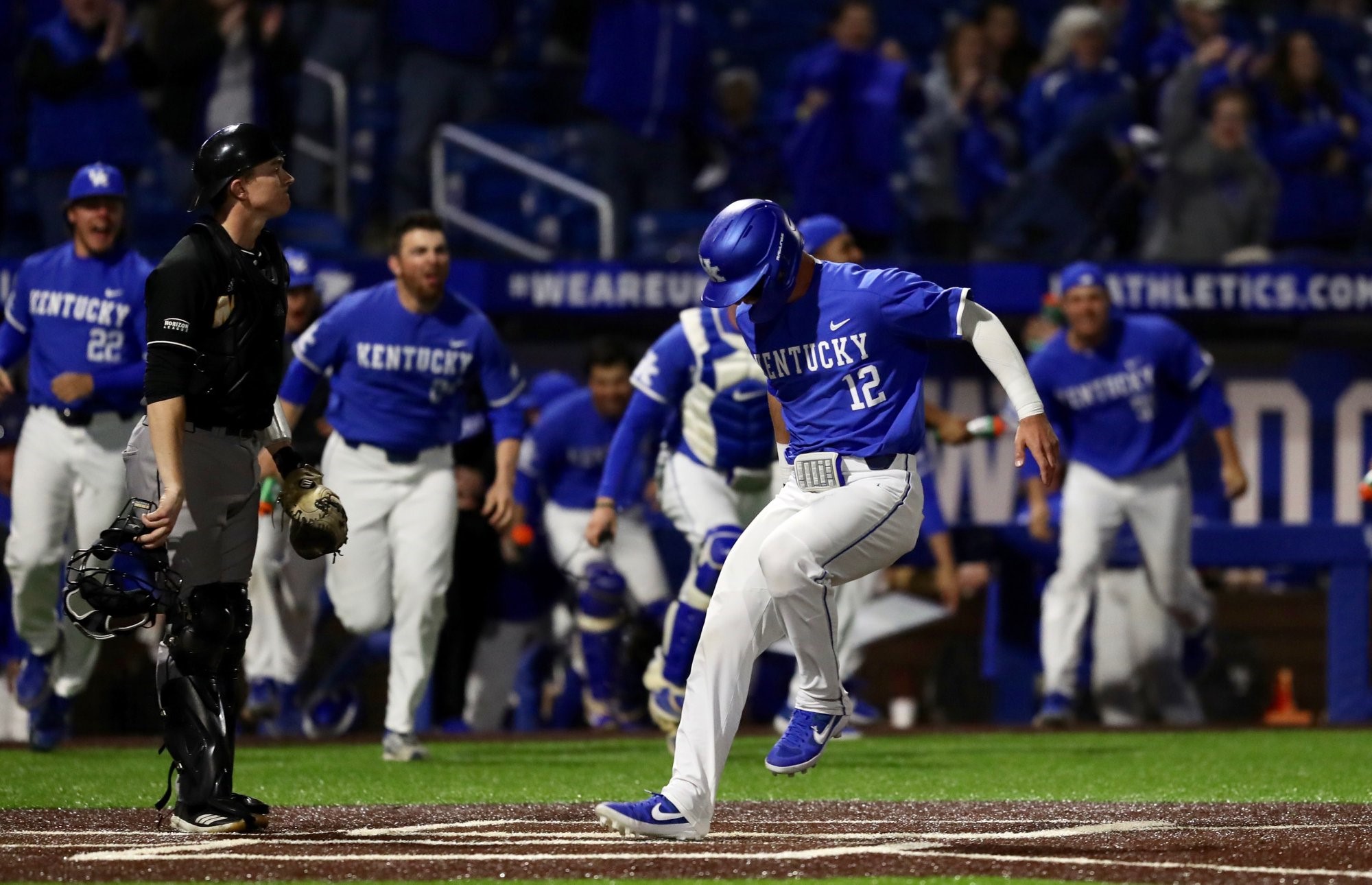 Kentucky got on the board in the bottom of the first inning. The first six innings were a pitcher’s duel going back fourth with Kentucky’s Hazelwood and NKU’s Mercer. In the top of the seventh inning, Andrew Bacon doubled to right field to lead off the inning. Andrew Bacon stole third base. Will Haueter walked to put runners on first and third base. Griffin Doersching singled to left field, scoring Bacon to tie the game at 1-1. Collin Hohman strikes out on a check swing to give NKU their first out of the inning. Sam Hedges hits an infield single to third base to load the bases. Billy Marion doubled to center field, scoring three runs to put NKU up 4-1. UK brought in Cole Daniels to face the nine hole, Kain, striking him out to end the inning. In the bottom of the seventh UK was three up, three down, with three strikeouts in a row.

Kentucky entered into the bottom of the ninth inning, down 4-1, looking for a spark from any Wildcat to give them hope. Marshall Gei led off the inning with an infield hit to shortstop. Cam Hill flieds out to left field to give the Wildcats two more outs to work with. Zeke Lewis singled up the middle to put runners on first and second. Breydon Daniel singled to right field, scoring a run and putting runners on first and third. NKU then brought in Cameron Ross, to try and close the game out and get the team’s first win of the season. Ryan Shinn walked to load the bases. T.J. Collett singled up the middle to score two runs, tying the game at 4-4, with runners on first and third. Jaren Shelby the was walked intentionally to load the bases. With a 1-2 count, Dalton Reed hit a line drive walk-off single up the middle to score a run giving the Cats a 5-4 win!! The ninth inning was an awesome comeback for the Wildcats, hopefully giving them more confidence going into the rest of the season.

This win gives Kentucky a 2-0 record at home so far this season, with a ten-game home stretch coming up. Northern Kentucky’s Cameron Ross gets the loss for tonight putting him (0-2). Kentucky’s Starter Mason Hazelwood went six innings, giving up only one hit, zero earned runs, striking out eleven batters, but freshman Alex Degan got the win moving him to (1-0) on the season. Kentucky was led by M. Gei 3-4, B. Daniel 2-5, Jaren Shelby 2-4, Dalton Reed 2-5, and TJ Collett 1-4. Kentucky looks to keep the two-game winning streak going Friday against Canisius College at 4 PM. Kentucky plays a three game weekend series at home, so everyone come out and try and support these Wildcats and help them get to Omaha.