CATS Crash Out of Tourney 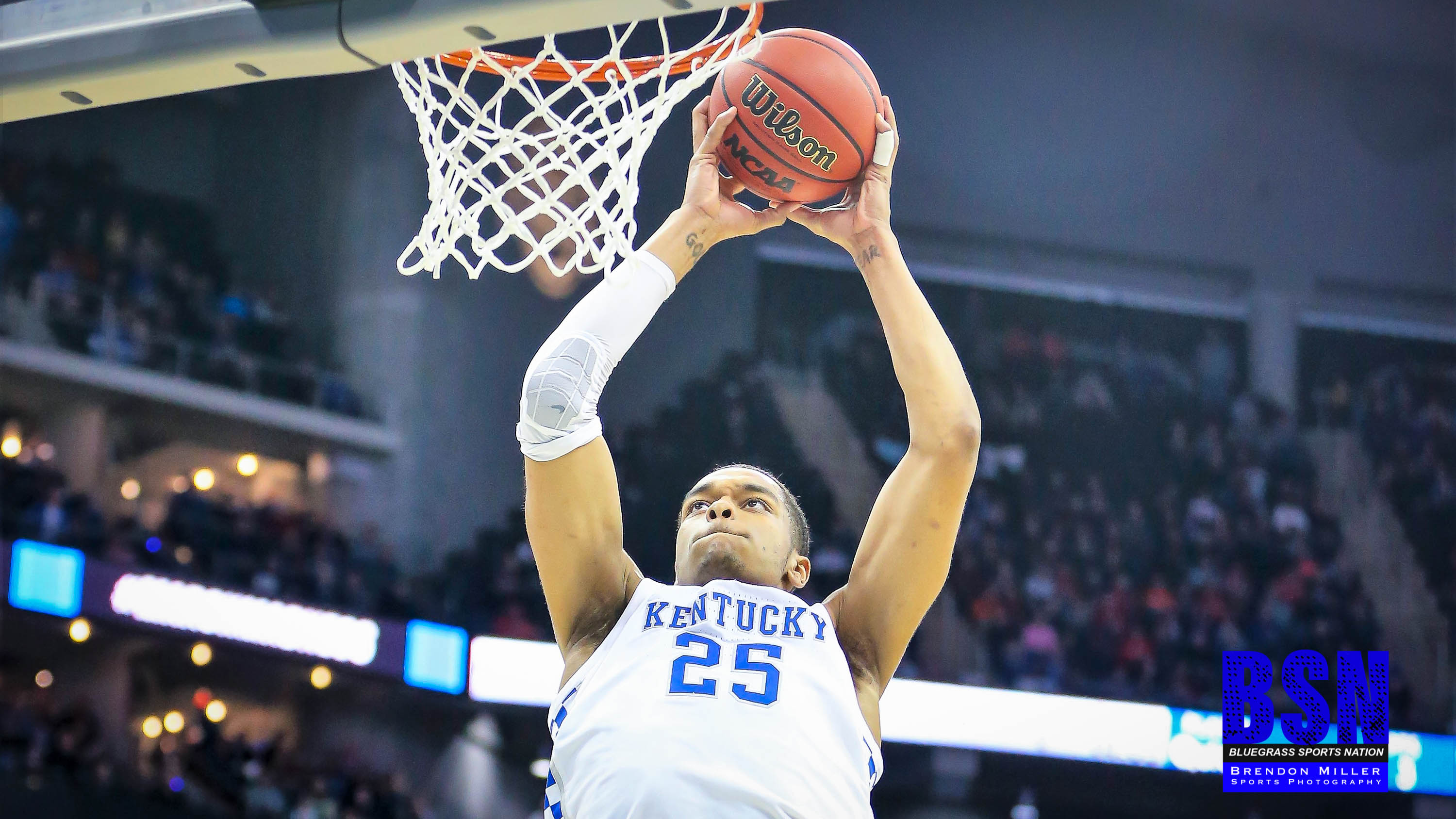 After the Sweet Sixteen win against Houston on Friday night the Big Blue Nation migrated to Kansas City to watch their Wildcats take on the Auburn Tigers for the third time this season. The Auburn Tigers, who lost both regular season games against Kentucky, were looking for their first ever Final Four appearance in school history.

Kentucky fans were excited to see the return of P.J. Washington after his comeback game against Houston on Friday night. Auburn, however, lost Chuma Okekee to an ACL injury in their Sweet Sixteen game. Okekee was third in scoring for the Tigers and shoots 50% from the field.

Okekee’s absence was noticed immediately when Auburn started the game. The Tigers missed its first six shots. The Wildcats took advantage of the misses and opened up a 7 to 0 lead. Kentucky led by as many as eleven in the first half, but the Tigers would not go away. Auburn’s Jared Harper completed a four point play after he was fouled by Jemarl Baker. That play seemed to inspire the Tigers and they cut the lead to 2 with 35 seconds left in the half. The Cats took a 35 to 30 led into the locker room after a much needed three pointer by Ashton Hagans. The best player on the court in the first half was P.J. Washington who scored 15 points in only thirteen
minutes.

The second half was disastrous for the Wildcats. They started the half with back-to-back turnovers by Ashton Hagans followed by a bad call that gave Auburn three free-throws. This was the start of a 10 to 0 run that Kentucky never recovered from. With less than a minute to go and the game tied P.J. Washington scored and gave the Wildcats a two point lead. The Cats, however, weren’t able to stop Auburn from scoring and after a couple of missed shots by the Wildcats the game went into overtime.

In the overtime period Kentucky never led. Auburn played harder than the Cats and never gave the Wildcats the chance to come back. The Tigers won going away 77 to 71.

This was most likely P.J. Washington’s final game as a Wildcat and what a great one it was. He had 28 points and 13 rebounds. Ashton Hagans had a terrible game with 7 turnovers and only three assist. Tyler Herro, after having a great game against Houston, disappeared against Auburn. He only had 7 points and 3 rebounds. It was a heart-breaking loss for the Cats. They were so close to returning to the Final Four, but couldn’t close out the
game. Big Blue Nation’s focus will now be on NBA Draft watch to see which players stay or head to the NBA.