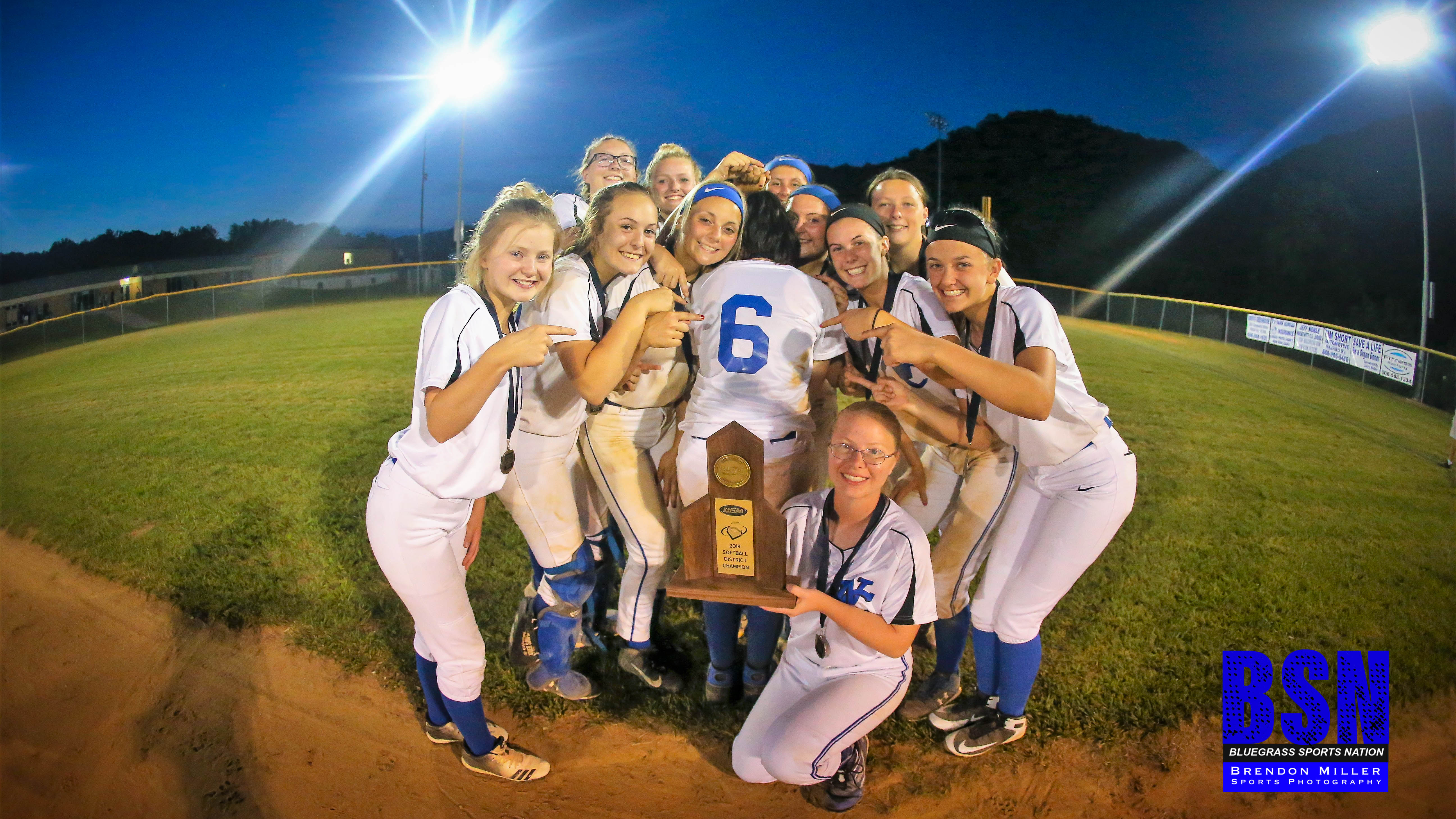 On the other side, Wolfe County started Carly Creech who ranked fifteenth in the state for wins and innings pitched. Creech pitched in over 172 innings during the season, allowing 102 runs, 76 of which were earned runs, giving her a 3.08 ERA. Offensively, Clay County was twenty-second in the state for batting average and ninth in runs scored, while ranking high in several other categories. As you would expect from regional champions, these were two well-rounded teams, but with two talented pitchers, a low scoring game was likely.

Clay County got two runners on base in the first inning at first and second, but were unable to score. Then, each team went three up, three down. In the bottom of the second inning, Nellee Lumpkins singled to leftfield, but after back-to-back strikeouts from Brianda Owens Wolfe was scoreless through two innings of play. Clay County got runners to second base and third base in the third inning. Despite this, the Lady Wolves were able to keep the Lady Tigers scoreless thanks to a fantastic catch from Camey Creech in leftfield to end the side.

Wolfe County was unable to get any base runners in the bottom of the third inning. Clay County responded in the top of the fourth inning by, once again, getting two runners on base at first and third. However, Carly Creech was able to get out number three via one of her three strikeouts of the day. After a pair of half innings that featured no base runners, Wolfe County found two base runners in the top of the fifth inning. However, with two outs, Brianda Owens was able to get one of her sixteen strikeouts on the day to end the inning.

In the top of the sixth inning, Clay County got two runners on base for the fourth time of the day. With runners at first and second base, Wolfe County once again found a way to get out of the inning without surrendering a run. This time, it was a diving catch by Kallie Brown that got the Lady Wolves out of the side.

In the bottom of the sixth inning, Wolfe County sent the top of the lineup to the plate. The first out came off a fly ball to the first basemen, Shelby Phillips. Brianda Owens then recorded two strikeouts to retire the side. In the top of the seventh inning, with one out and a runner on first base, Shelby Phillips doubled to centerfield bringing in the first run of the game as Emma Hurd scored. Maddie Frazier then came to the plate and hit a home run to leftfield on the second pitch of the at-bat. The ball was five to ten feet to the right of the foul pole. Clay County took a 3-0 lead into the bottom of the seventh inning. Wolfe County found one base runner in the bottom of the seventh inning as Nellee Lumpkins singled once again, going two for three on the day. It was a fly ball to Brianda Owens near the circle that ended the game. It was fitting that Owens made the catch to end the game on a day where she pitched sixteen strikeouts and only allowed four hits, two coming on back-to-back at bats with two outs in the fifth inning. The final score was a 3-0 victory for Clay County.

Wolfe County returns all nine starters next season and are looking to have similar success. In a postgame interview with BSN, Wolfe County head coach Benny Campbell stressed the importance to continue progressing as he stated, “We got to get right back at it and work…. We got to keep working and try to get better because, if you don’t, everybody will pass you up.”

All in all, it was a great game. The Lady Wolves, on four occasions, made impressive plays with multiple runners on base to get the coveted third out, while Brianda Owens and her sixteen strikeouts were a sight to see.