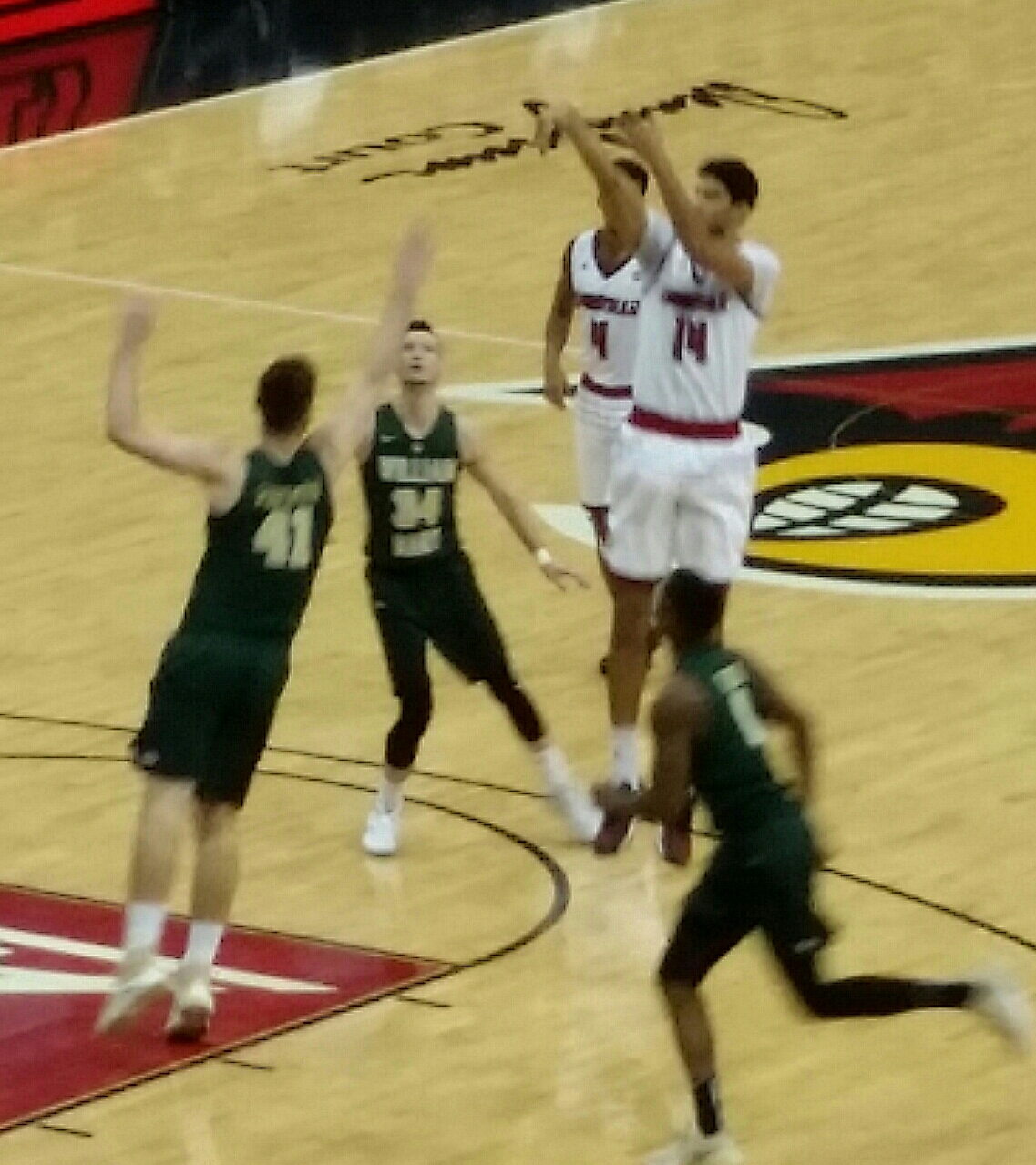 The No. 12 ranked Louisville Cardinals easily dismantled William & Mary 91 – 58.  So why was Rick Pitino so worried about the Tribe?  Was it just typical coach-speak from the Hall of Fame coach?  Was it the fact that they beat North Carolina State last season by 17 points? 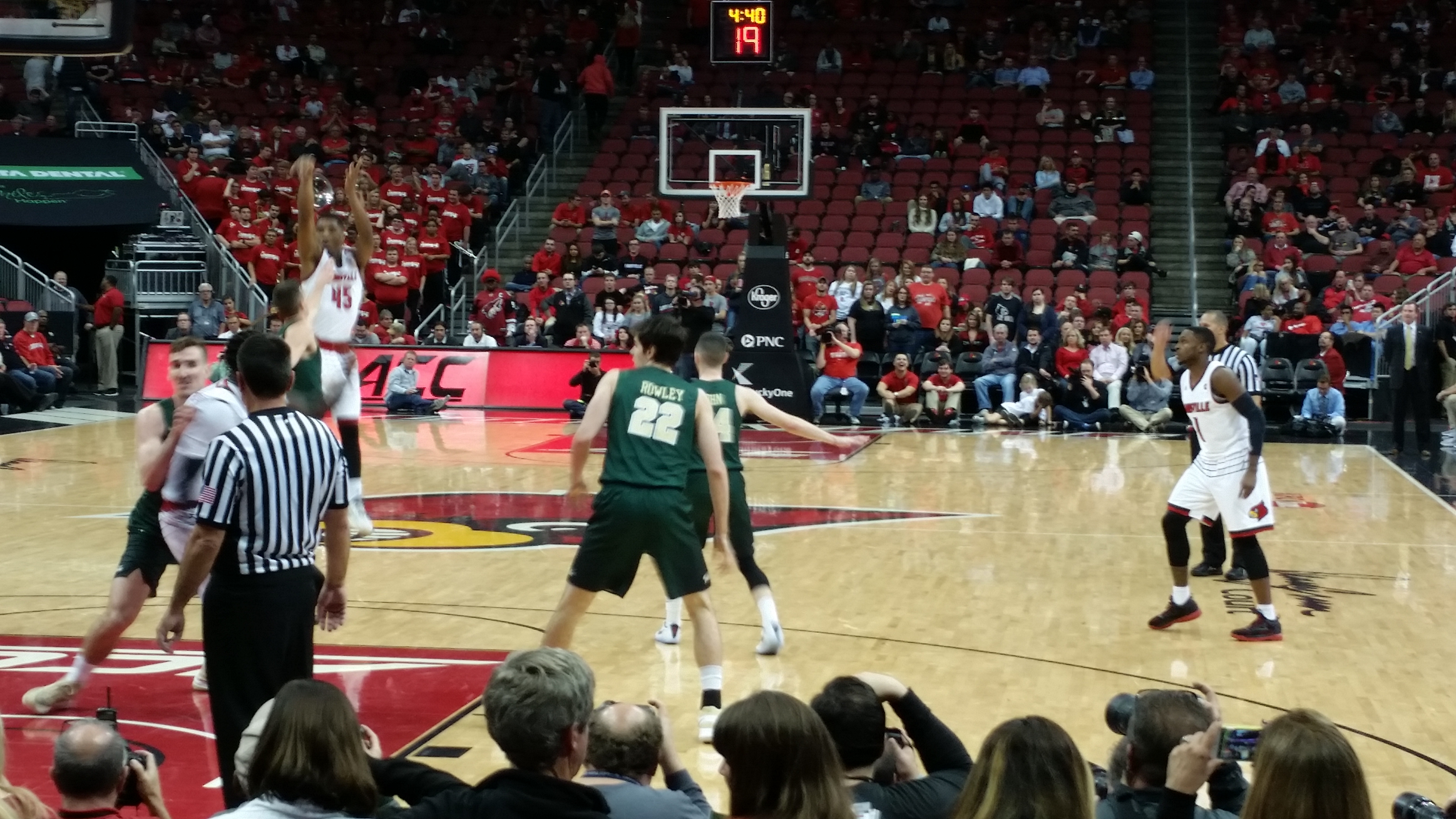 COACH PITINO PRESSER
Pitino explained why after the game, “I know because it is a lopsided victory, you may not understand this, but I bet you that team is the toughest team that we will have to prepare for all season because of the way they play.  Because they can put four shooters on the floor at any time.  They backdoor you to death, they are like Notre Dame shooting the ball and like the old Georgetown teams with the backdoor and they are very difficult to guard.” 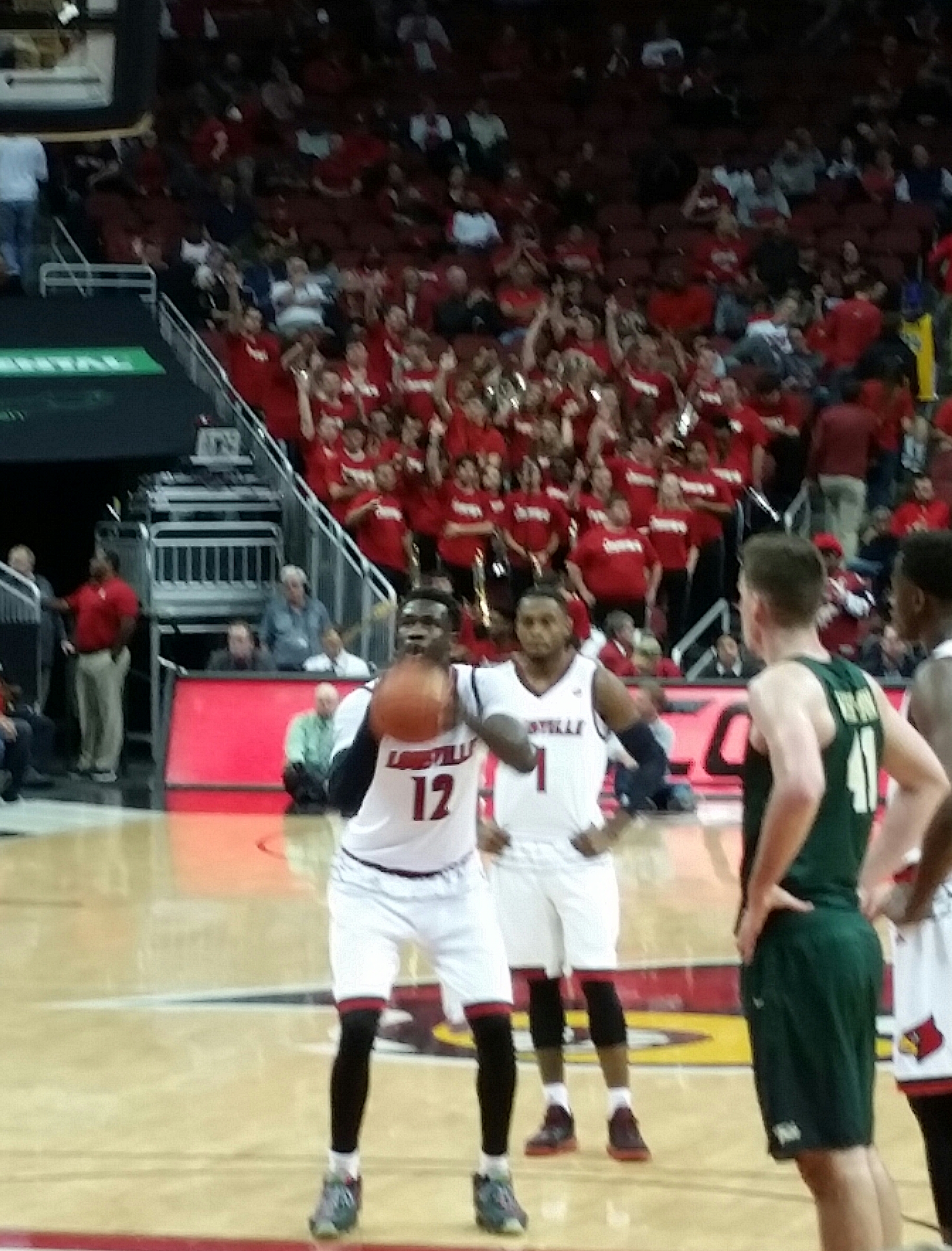 Pitino praised his team’s preparation, “Today, we had the best walk through that we have had in two years here.  The focus was amazing because of the amount of respect that our guys had for William and Mary.  They watched the entire NC State game last year and they are a year older and a year better, only we played terrific defense tonight.   We did a really good job of putting the pressure on and not fouling.”

Highly touted freshman V. J. King led the Cards with 17 points and five rebounds in only 17 minutes.  He showed why the coaches are so high on him with his ability to score.  His outside shooting was an area he needed to improve on coming out of high school.  If tonight is any indication, his shot should be just fine.  He hit all three of his three point attempts.

Quentin Snider, saddled with early foul trouble in the last game, showed how important he is not only running the team, but now with his much improved outside shot.  Snider scored 13, dished out four assists, and hit four of his nine three point attempts.

Confidence was the issue for Deng Adel last game as he struggled with his shot, making only one of his eight attempts.  He even passed up a couple of shots, drawing Pitino’s ire.  Tonight was completely different for Adel.  He was all over the court doing what he does best as a stat stuffer finishing with 16 points, five rebounds, five assists, and four steals.

Kentucky native Omar Prewitt finished with 14 points, but struggled with his shot, making only 4 of his 13 attempts.

Louisville faces Long Beach State on Thursday at 4:00 in the KFC Yum Center.  The game time was moved up to accommodate the Louisville football game against Houston.