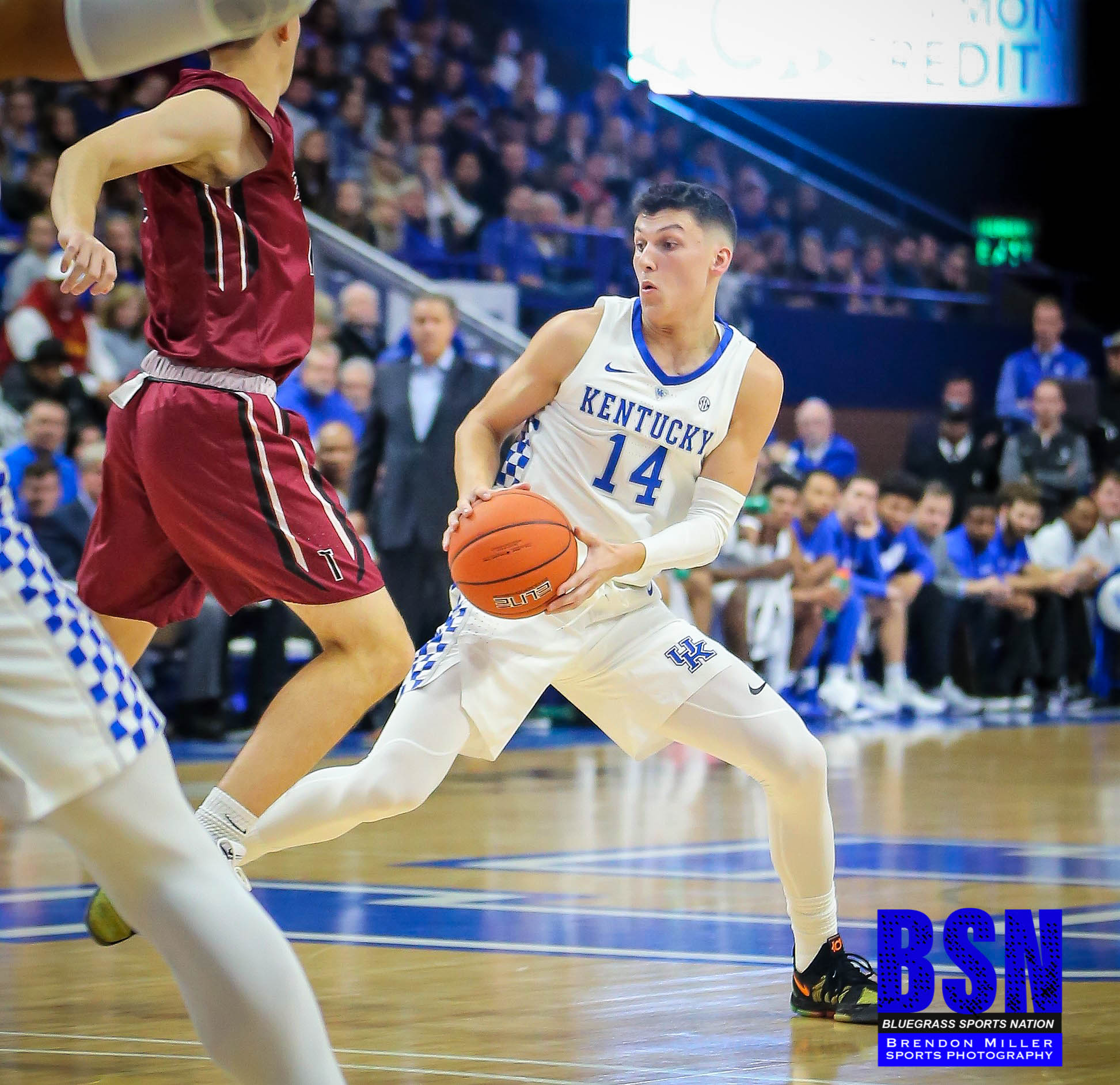 Herro with the drive – Photo by Brendon Miller – BSN

Over the past few seasons the University of Kentucky Basketball has made a tradition of playing an exhibition game against an in-state school. This season the team wasn’t just an in-state school, but another college from Lexington. The Transylvania Pioneers’ campus is so close to Rupp Arena the that the team and their head coach, Brain Lane, walked the half mile in the rain to the game. It’s the only game of the year that the Rupp Arena crowd cheered as the opposing team were announced.

The Cats scored the first five points of the game followed by a small scoring run for Transylvania to pull them within a point of the Wildcats 5 to 6. That, however, would be the closest the score would be as Kentucky went on a 12-point scoring run. The Wildcats ended the half up 49 to 30. Nick Richards led all scorers at halftime with 10 and Reid Travis led in rebounds with 7.

The second half started with 4 turnovers for the Wildcats in the first four minutes. The Pioneers were not able to close the deficit because of Kentucky’s defense. Transylvania shot 3 for 11 to open the half, but they finished the game on 6 of 8 shooting. The Pioneers gave a valiant effort, but it wasn’t enough. The final score was 94-66 with the advantage going to the Cats. The Wildcats shared the ball well with 7 players in double figure scoring. E.J. Montgomery led the Wildcats in scoring with 14 points and Reid Travis led in rebounds with 10.

Kentucky has one more exhibition game left before they meet Duke in Indianapolis on November 6th for the season opener. The Cat’s next opponent will be Indiana University of Pennsylvania on Friday November 2nd at 7:00 on the SEC Network.