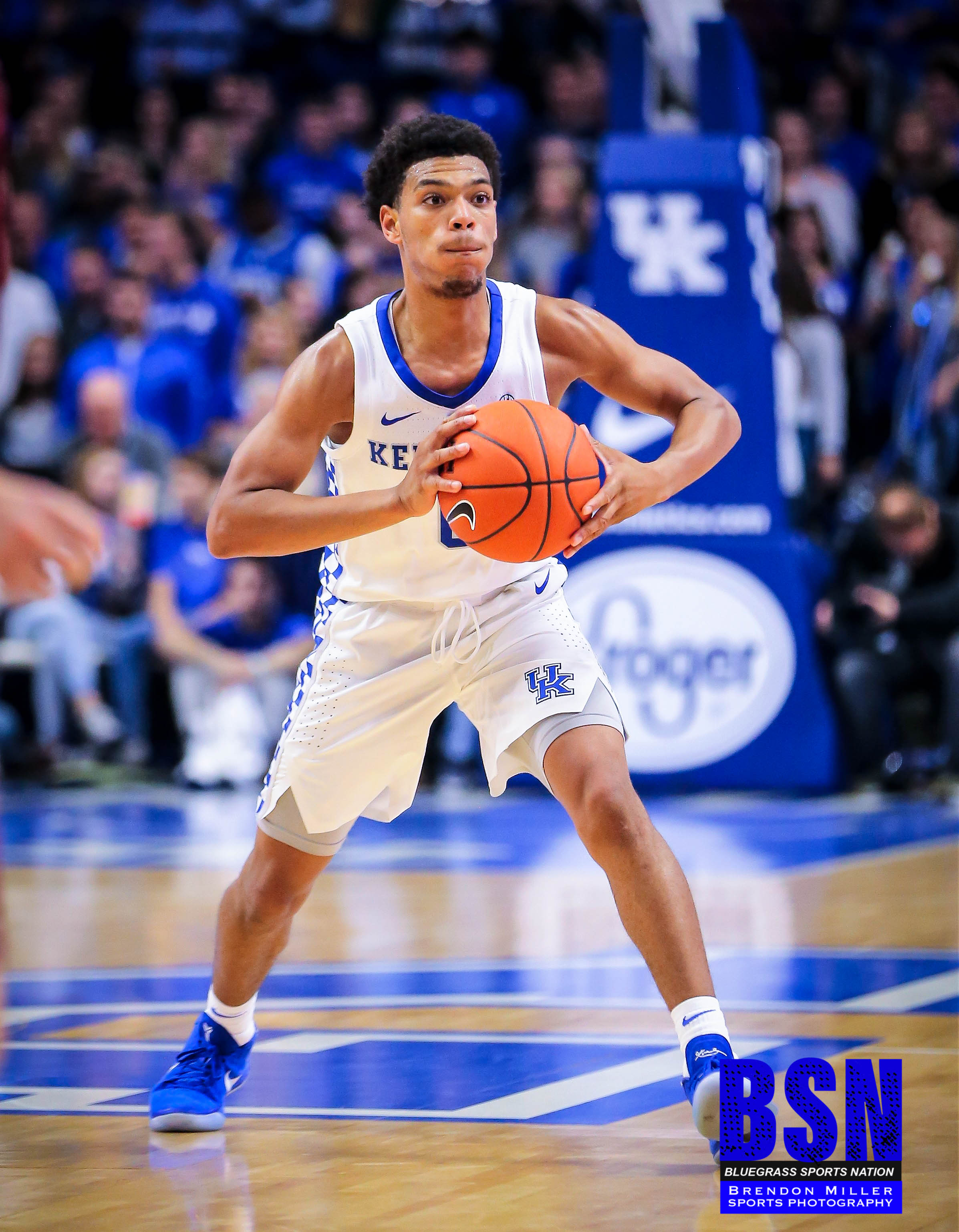 In the opening exhibition of the 2018-2019 season Kentucky battled the Transylvania Pioneers in the battle of Broadway.  Transylvania campus located in the same city of Lexington, KY just a couple of blocks up from Rupp Arena.  Surprisingly the series is tied at seven with Transy being 0-3 in exhibition games against the CATS. For a historic team such as the Kentucky Wildcats this is an interesting stat I came upon.  The Series originates over 115 years ago with 3 games taking place in 1903 season, Transy won the first meeting 42-2 over Kentucky.  Long before Coach Adolph Rupp built the CATS into a dynasty and help pave the way making Kentucky into the Winningest program in College Basketball history, UK and Transylvania was a rivalry.

Entering tonight’s contest Kentucky was the heavy favorite to win tonight’s opening exhibition. Rightfully so Kentucky is currently ranked #2 in both polls, with a team full of McDonald’s All American’s and high expectations to win the NCAA Division one National Championship this year.  Transylvania is competing for pride and with a roster of 30 athletes with 19 playing high school basketball in the bluegrass.  I’m sure many of the Transylvania student athletes grew up a Kentucky fan and getting the opportunity to showcase their basketball abilities against UK will be something they will never forget.

Before tonight’s exhibition one of Kentucky’s former athletic directors C.M Newton was honored at half court.  C.M Newton passed away on June 4, 2018.  C.M Newton has ties to both schools as he was the head coach at Transylvania from 1951 to 1968 with three different coaching stints at Transylvania University during this era.  In Newton’s later years he is most remembered as UK’s Athletic Director starting in the 1989-1990 season.  Newton was instrumental in restoring Kentucky basketball to the prestigious program it once was.  Newton was the AD who hired Rick Pitino.  During Newton’s time as AD the Basketball experienced a great deal of success going to five final fours and winning two national championships during the 1995- 1996 season, and 1997- 1998 season, with a runner up finish in the 1996-1997 season.  CM Newton also hired Tubby Smith, who won the national championship in the 1997-1998 season.  Newton leaves a legacy as one of the most successful Ads’ in the history of Kentucky athletics.

For Tonight’s exhibition Kentucky started Quade Green at point guard, Immanuel Quickly at the shooting guard, Nick Richards at center, PJ Washington and Reid Travis at the forward position. The lineup will most likely change throughout the course of the season as the CATS are deep at every position and different lineups will be used in combination to see which players gel the best.  Kentucky is so deep that I suspect the second five lineup of Keldon Johnson, Tyler Herro, Ashton Hagans, EJ Montgomery, and Jermarl Baker could be nationally ranked as well.

UK gets the tip and are the first ones to get on the scoreboard as Nick Richards scores with a strong post up move.  For the first few possessions of the game Transylvania keeps the game close only trailing Kentucky 8-5 at the first media timeout.  UK started to flex its muscles as Keldon Johnson, is inserted into the lineup.  Johnson is going to be a special player, with nightly highlights on Sports Center.  With Johnson in the game the cats extend the lead to 18-5 with 2 amazing dunks.  Kentucky leads 18-5 with 13:31 remaining in the first half.  Kentucky’s athleticism and depth started to wear down the pioneers as the lead grows to eighteen points UK 34- Transylvania 16 7:34 left in the half.  One of the highlights of the half was fan favorite Tyler Herro getting in transition finishing the play with a strong two hand dunk.  At the half UK leads Transy 51-30.

In the second half UK continues to build on the lead, as Transylvania had no answer for the more athletic Wildcats.  Reid Travis and PJ Washington were a force inside with both grabbing rebounds and finding their way to the rim with thunderous dunks.  With 12:01 reamaining UK leads 65- 39.  Up to this point UK had been impressive in all areas of their game, except three- point shooting.  Kentucky was only 10 % from behind the arc shooting 1-10.  PJ Washington the sophomore edition looks like a completely different player and appears to be the vocal leader of this year’s team.  Washington is in much better shape having lost 20 pounds during the offseason, the new physique makes Washington an unstoppable force inside and not a liability on the defensive end.  Kentucky goes onto to defeat Transylvania 94-66 in the first exhibition game of the season.

Kentucky will have one more exhibition on Friday November 2nd, 2018 at Rupp Arena hosting IUP Indiana University of Pennsylvania.  On Tuesday November 6th, 2018, regular season begins as the CATS battle the Duke Blue Devils in the Champions Classic.  The Champions classic is going to be one of the most anticipated regular season games in the country.  Duke vs Kentucky doesn’t get any bigger in the history of college basketball, with the two highest rated recruiting classes in the country.  The Champions classic will also feature two other historic programs in the country as the Kansas jay Hawks face off against the Michigan State Spartans in the opening game of the classic.  College Basketball is back, and the Kentucky Wildcats quest for championship has begun.  Keep up with Bluegrass Sports Nation as we bring your coverage of the CATS.  Feel free to like, share, and continue enjoying our coverage of the CATS.