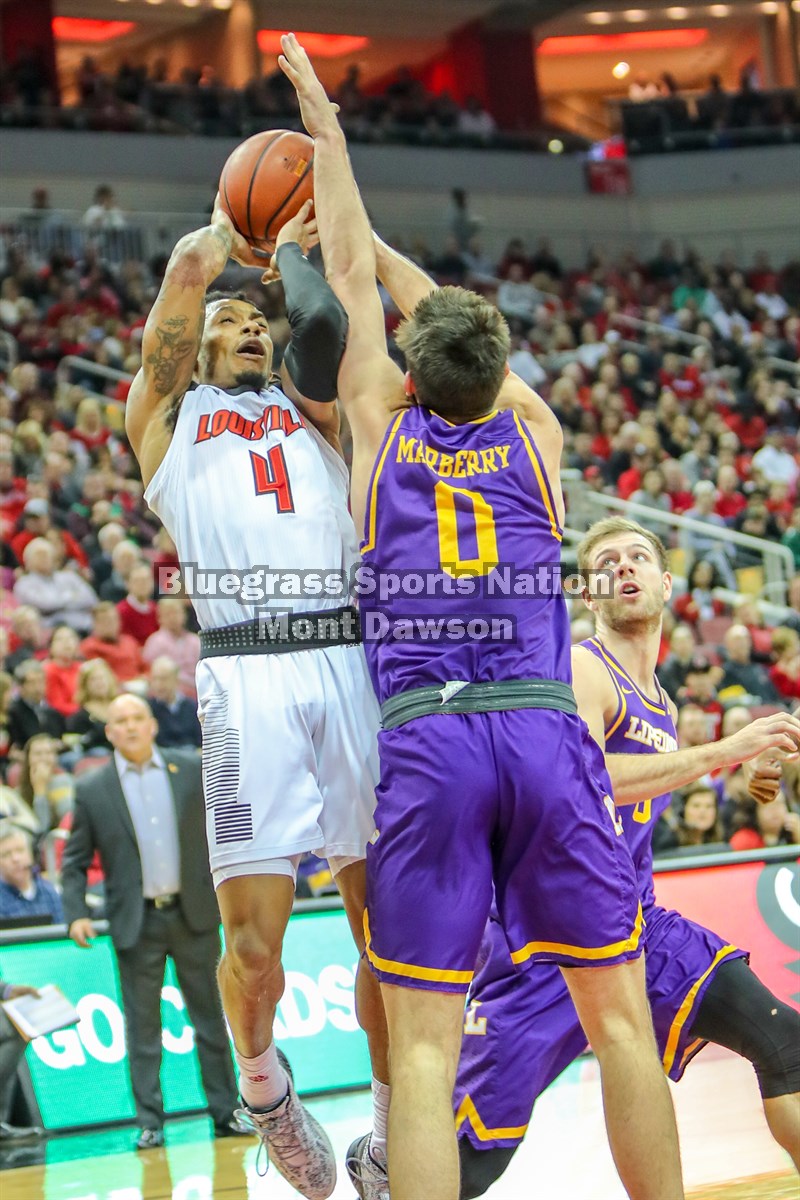 After a tough loss to the Indiana Hoosiers in Bloomington this past weekend the Louisville Cardinals return to the KFC YUM! Center looking to get back in the win column. Standing in their way are the Lipscomb Bisons. The Bisons come out of the Atlantic Sun Conference and into tonight’s matchup with an overall record of 7-2. Although they may not be the most recognizable game on the schedule, Lipscomb has solid wins on the season including a win on the road over 18th ranked TCU. Their pair of losses have both came from the Belmont Bruins, who year in and year out are one of the better mid-major teams in Division 1. Taking all this into account, the Card’s should be in for a battle tonight in the ‘Ville. 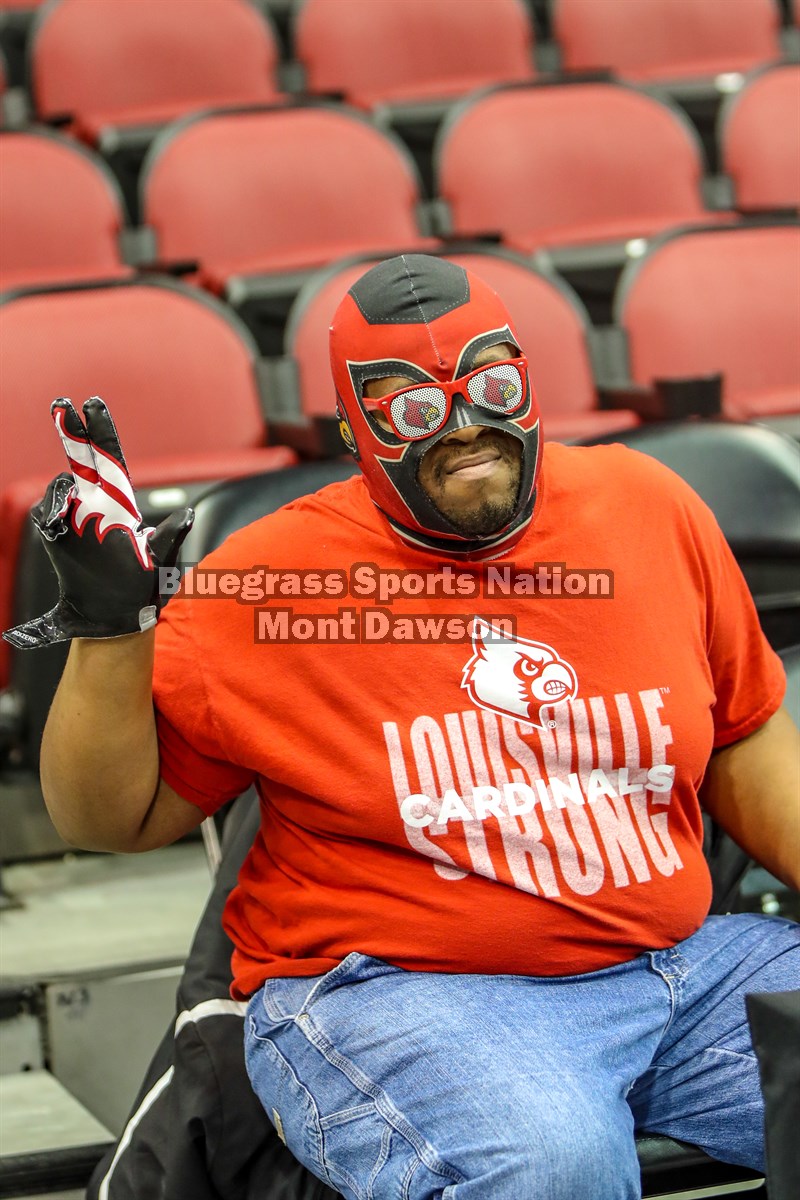 After a sloppy start to the game from both teams Jordan Nwora continued his stellar play on the season with a steal and slam to put the Cards on the board. He would use that play to set the tone for him in the first half as he would score the first 11 points for Louisville, he would end the half with 16 points. Lipscomb came into this game ready for a battle though as they came out playing aggressive on both sides of the ball. The Bisons would soon find their footing and thanks to their good ball movement and active defense would find themselves within striking distance in what was a back and forth first half. A strong end to the half saw Lipscomb hit a three pointer to bring themselves within one point of the Cardinals. At the half it was Louisville who would have a 34-33 lead.

The second half began in the same way the first half ended, a back and forth battle. Lipscomb would take its first lead of the game just a minute into the half 35-34. It would be short lived as Steven Enoch would convert an and-1to put the Card’s up 37-35. After a Lipscomb free throw Louisville would seize momentum of the game and go on a run scoring 9 unanswered points to claim a 48-38 lead. With the crowd and the Cardinals players riding that emotion it seemed for awhile that Lipscomb was going to be rattled but the experienced Bisons showed why they are a strong mid-major to be respected as Garrison Matthews would hit back-to-back three pointers to cut the lead to 4 and as Chris Mack would put it in his postgame press conference “take the oxygen out of the YUM! Center”. The Bisons would fight back with their own streak of hot play and tie the game at 52 with 9:23 to go. The clutch plays of the game for the Card’s would come from backup big-man Malik Williams with a three followed by an emphatic block on the following possession to stretch the Cardinal lead to 61-53. Lipscomb would not give up though as another 3 from Matthews and a pair of controversial foul calls brought the Bisons to within a point. Malik Williams would go 1 of 2 at the line and with a 67-65 lead and with a minute to go in the game Lipscomb had the ball with a chance to tie or take the lead but the Louisville defense locked up and forced a crucial steal. The game would effectively be put on ice as former Cordia guard Christen Cunningham would drive and hit a clutch jumper in the lane to put the Card’s up 69-65. Louisville would go on to win the game by a final score of 72-68.

The gut-check win for the Cardinals at home is an impressive won against a probable NCAA Tournament team in the Lipscomb Bisons. The win puts Louisville back in the win column with a 7-3 overall record. The Cardinals were led in scoring once again by Jordan Nwora with 22 points on 8-13 shooting and 3-6 from deep. Malik Cunningham put in his best performance of the season with a double-double posting 10 points and 13 boards off the bench to go with three blocked shots.