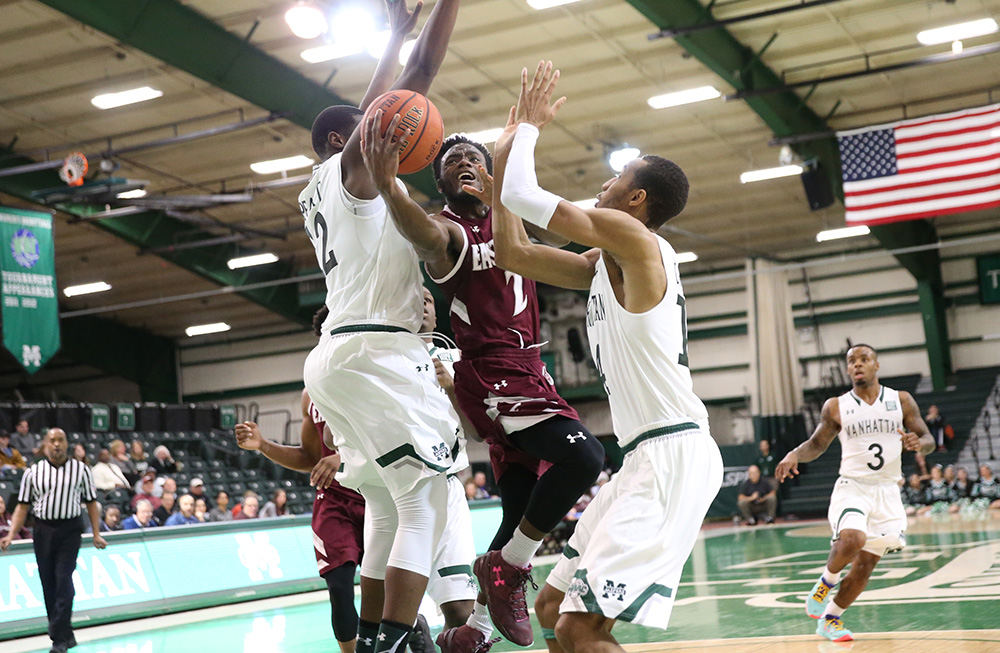 EKU stifled Manhattan to just 37 percent (7-of-19) shooting from the field in the first half. The Colonels took their largest lead of the game, 23-17, when McGlone connected on a three-pointer with 4:43 left in the half. Thomas Capuano, however, responded with a triple on the other end of the floor, and the Jaspers pulled to within two, 30-28, at the break.

Manhattan opened the second half on a 23-5 run and took a 16-point lead, 51-35, when Calvin Crawford drained a three-pointer less than seven minutes in. The Jaspers never looked back.

Crawford came off the bench to lead four Jaspers in double figures with 19 points.

Thursday night’s game was the last of a five-game road stretch for the Colonels. EKU returns home to host UVA Wise on Wednesday, December 28, at 7:00 p.m.