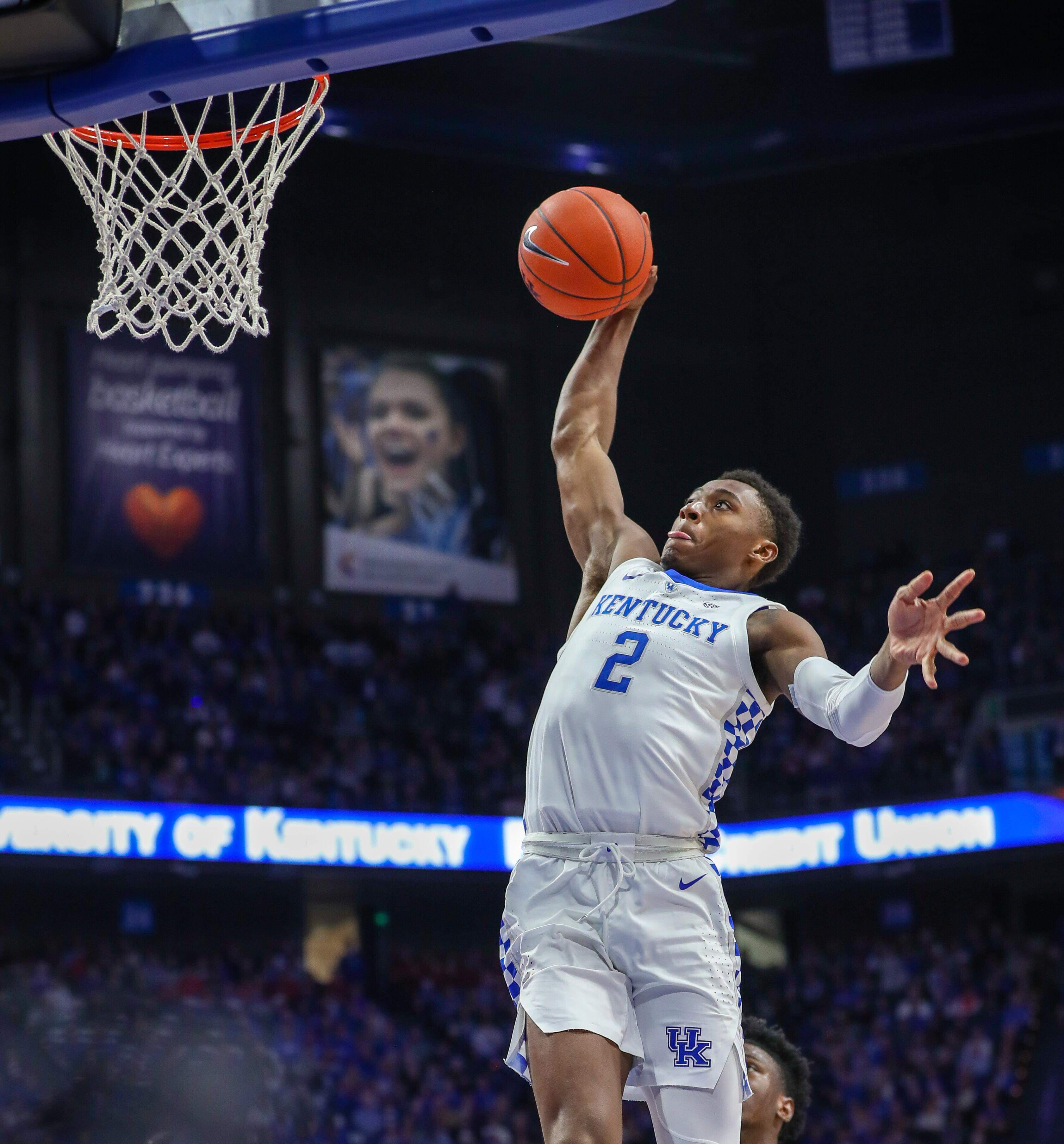 Coming off the heartbreaking loss to Seton Hall, the Wildcats looked to get back on track against the Runnin’ Utes of Utah. It was the 12th meeting between the teams with the Cats leading the series 9-2. This was the first game that Kentucky played without Quade Green, who earlier in the week decided to transfer. The fans were eager to see how young Cats would perform without one of the more experienced guards on the floor and they seem to perhaps play better.

It looked as though it was going to be a game were the Cats were going to struggle to get a win. After Tyler Herro hit the games opening jumper, Utah scored 10 straight giving the Utes a 10 to 2 lead. That lead didn’t last long. The Wildcats played a much more energized defense that forced 10 turnovers and allowed the Cats to score 11 fast break points in the first half.

Kentucky’s Keldon Johnson put on a shooting clinic hitting his first five three pointers of the game and ending the half as the scoring leader with 15. Ashton Hagans had one of his better halves of the year passing for four assists. Kentucky ended the half with a 41-27 lead.

The Utes were able to put together a couple of scoring runs and pull within 10 early in the second half, but the Wildcats once again started playing tougher defense and won the game 88-61.

Kentucky played perhaps their most complete game of the year. Defensively, the Cats forced 18 turnovers which led to 34 points. Offensively, Kentucky scored efficiently shooting 59% for the game. They also took care of the basketball and had their least number of turnovers of the year with only 6. They also had four players score in double digits with Keldon Johnson leading all scorers with a game high 24.

This is what the Cats needed to get things headed back into the right direction. Hopefully, they will continue this play when they meet North Carolina next Saturday in the CBS Sports Classic in Chicago. (5:15 P.M. CBS)