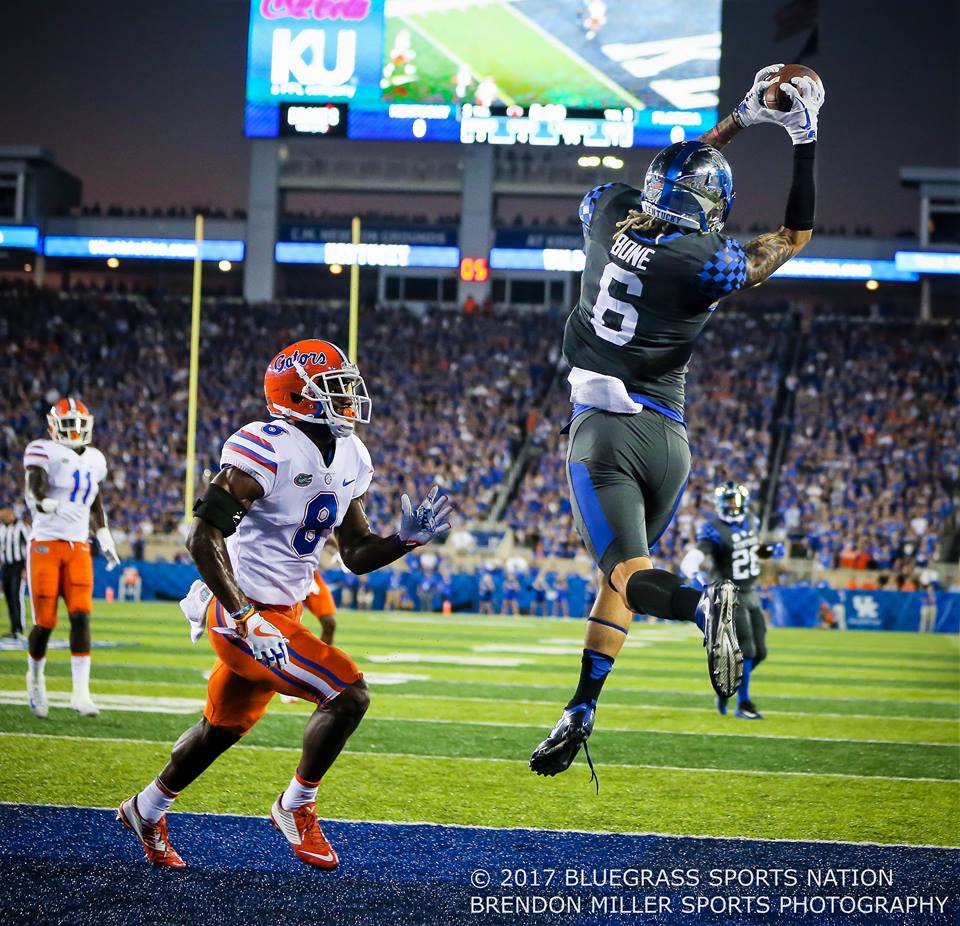 Winning their first two SEC games of the season, the Kentucky Wildcats (4-0) are hosting the South Carolina Gamecocks (2-1) Saturday at Kroger Field in another great SEC match-up. This will be USC’s 4th game of the season after the cancelation of the Marshall University game during the recent hurricane threat in the state. Even after beating Florida and Mississippi State in great fashion, the Cats are still a 2-point underdog on their own field. You can be sure that Coach Mark Stoops is telling his players that they are being disrespected and need to prove everyone wrong once again.

To beat South Carolina the Cats will have to continue to play great defense. Like Mississippi State, the Gamecocks can pass and rush the ball effectively. Constant pressure on the quarterback and great coverage on the receivers was one of the main reasons that Kentucky dominated the Bulldogs. The Gamecocks will look to their quarterback Jake Bentley to move the ball through the air. In the first three games Bentley averaged 260 yards per game with a completion percentage of 68.3. Unlike Mississippi St., he is not a dual threat quarterback. He has only rushed the ball 17 times this season.

Kentucky’s offense will look to Benny Snell to keep the chains moving. Benny is leading the SEC in rushing yards and touchdowns. He has even garnered some Heisman Trophy talk. Rushing may be the best approach to beat the Gamecocks. They have allowed their opponents to rush for 163 yards per game and they haven’t faced a running back as good as Snell yet. Kentucky should take advantage of South Carolina’s lack of discipline when it comes to penalties. After three games the Gamecocks are averaging 63 penalty yards per game. Expect some hard counts by Terry Wilson on third downs.

I don’t know how any “expert” can pick against the Cats right now. With Kentucky’s dominating performances against Florida and Mississippi St., it seems unlikely that South Carolina can pull out the victory. South Carolina will not stop Benny Snell, Terry Wilson will have a 40+ yard touchdown, and the Cats will win 34-20