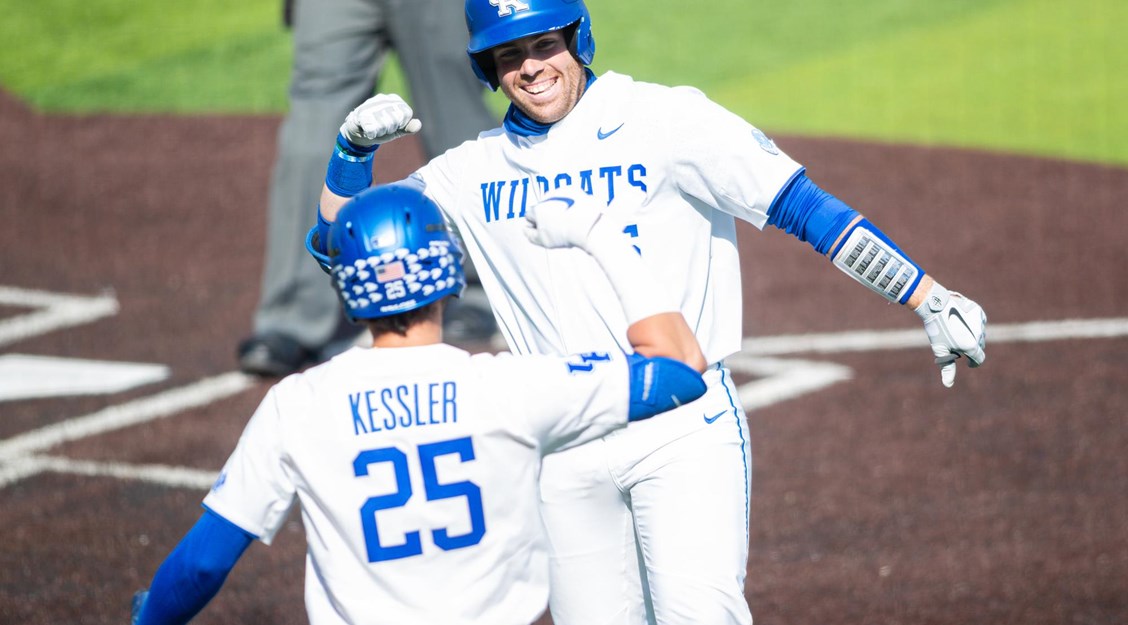 Collett smacked three home runs in the second game of Sunday’s doubleheader, helping secure a massively important series victory over Alabama while simultaneously drawing even with Reed at 40 career home runs. Collett, who was given the Gatorade cooler treatment after the sweep was finalized, could hardly believe he now will be mentioned in the same breath as his idol.

“He’ll be getting a phone call on the way home,” Collett joked. “On a serious note though, AJ is who pushed me back home in Terre Haut, you and Josh Phegley, let me know it was possible to be able to come to play at a high level and perform. Having that number to chase here brought the best out of me. Thank you for that, AJ.”

Collett joined former teammate Ryan Johnson (2019) and Gunner Glad (2009) as the only Wildcats to have three home runs in a game in the past 13 years but he was hardly alone in his Sunday masterpiece. Coltyn Kessler and John Rhodes each hit a pair of home runs, while Oraj Anu added one as the Cats (24-13, 9-9 SEC) racked up 16 runs in the two seven-inning games.

The Cats won the opener, 5-2, behind senior right-hander Sean Harney, who set the tone for the day with an impressive first inning on his way to a six-inning outing that saw Alabama only scratch across a two-run homer while trailing 5-0 late in the game. In the second game, sophomore Zack Lee turned in the best outing of his career, tossing a complete game, one-hit shutout that saw him retire the final 19 batters that came to the plate as part of facing the minimum of 21 in the outing.

Kentucky hosts Eastern Kentucky for the second time this season at Kentucky Proud Park on Tuesday. First pitch is set for 6:30 p.m. ET on SEC Network Plus. The radio call will be on the UK Sports Network.