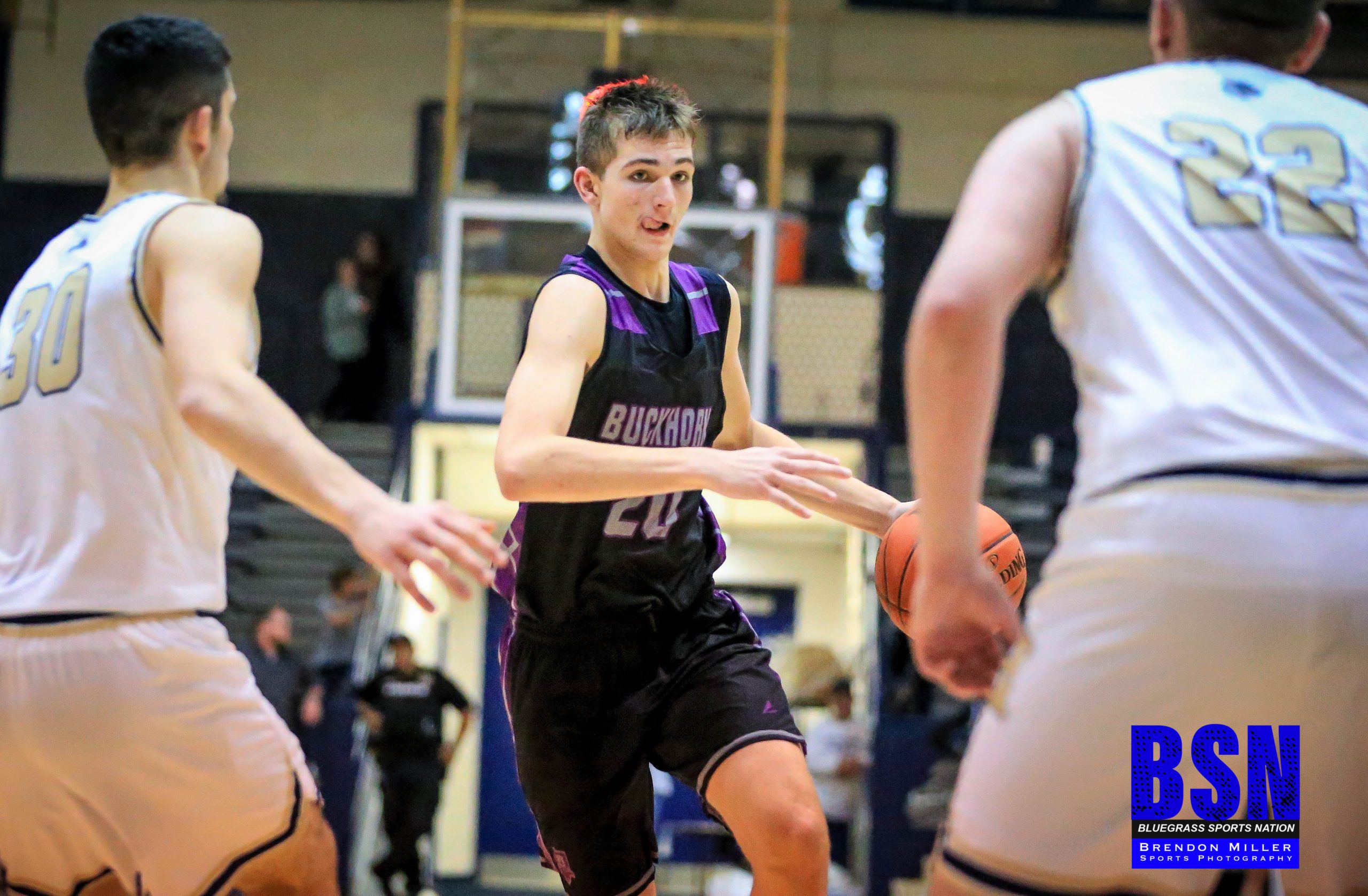 It was a festive night at Buckhorn High School on Wednesday night, as the program honored their 2014-15 14th Region All A Champions. The event certainly inspired the Wildcats and their Sophomore big man Christian Collins.

Collins put on a show on the night as he poured in 40 to lead the Wildcats to a win over Breathitt County. Collins consistently scored throughout the game as he put in 14 but he 1st; six in the 2nd; seven in the 3rd; and 13 down the stretch in the 4th. Senior Kobe Bowling also starred on the night with 23.

Coach Corey Hoskins, gave his throughts on the game to BSN, “Very good high school basketball game that went back and forth all night. Both teams had double figure leads at one point but also had 8 lead changes throughout the ball game. We were able to turn Breathitt over several times late in the 3rd and most the 4th by switching between full court man to man and a diamond press. My guys played their hearts out. Logan Stidham got a big rebound and a bucket to put us ahead. Dylan Knight hit a 3 in the corner that put us back ahead and got some key rebounds. Jacob Blank gave us 9 assists and some great defense. Kobe Bowling finished with 23 and 16 and had some key baskets and free throws down the stretch. Christian Collins was a man amongst boys with 40, 10 rebounds, and 13 deflections. We also got great bench play.”

On Christian Collins, “Christian played all night with the fire that we’ve been looking for out of him. All of our guys did. Leadership, was key and our guys truly wanted to win this game. We need to build off of it and keep rolling. With two guys scoring over 20 and having 3 guys with double figure rebounds. Multiple guys with several assists and playing good defense, we stand a chance to beat anybody in this region.”