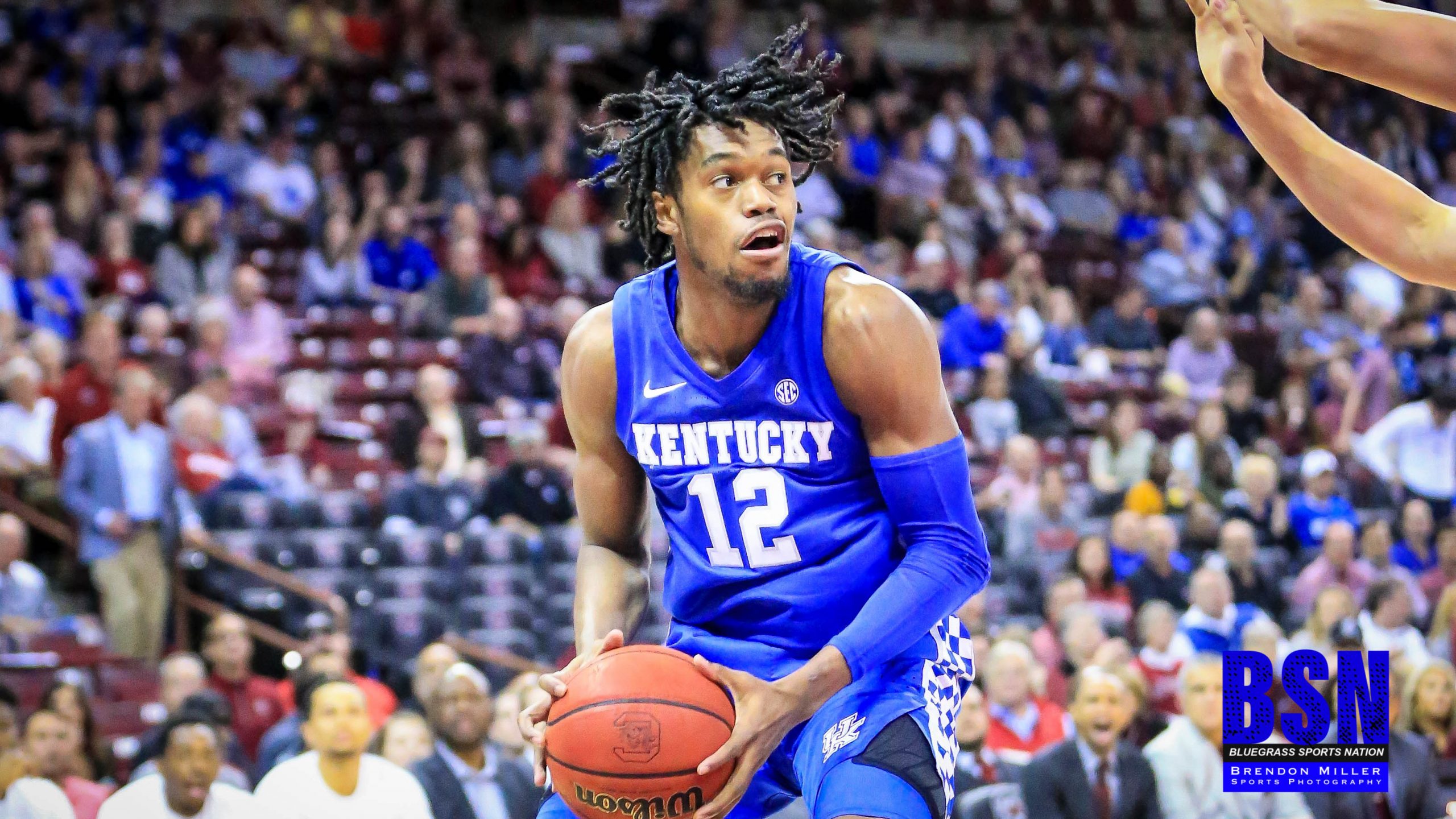 Kentucky led just once against Florida. It was all the Wildcats needed to complete a regular-season sweep of the Gators.

“This was a tough environment,” Kentucky coacj John Calipari said. “The way they played, you have to give them credit. I know you’re looking like, ‘Oh, we had an (18) point lead and lost.’ We just had one against Tennessee and lost – at home. So this stuff has happened 20, 25 times this season. It’s crazy. I can’t explain it.”

The Wildcats (25-6, 15-3), coming off an 81-73 loss to Tennessee earlier this week, trailed by 18 with 11 minutes remaining, but outscored the hosts 30-11 down the stretch to complete the successful comeback. Kentucky is the No. 1 seed in the SEC Tournament and will play in the quarterfinals at 1 p.m. Friday in Nashville.

Kentucky was without point guard Ashton Hagans who didn’t make the trip because of “personal reasons.” Hagans is expected to rejoin the Wildcats in the postseason.

Tyrese Maxey took over for Hagans at the point-guard slot and finished with seven points. Maxey dished out seven assists and missed his first eight shots before draining a 3-pointer with 9:23 that pulled the Wildcats to within 60-48 after the Gators had built a 59-41 lead midway through the second half.

Already shorthanded without its point guard, the Kentucky played without leading scorer Immanuel Quickley down the stretch. Quickley scored Kentucky’s first five points of the second half but fouled out with nine minutes remaining. Quickley finished with 12 points.

Kentucky got a big lift from its bench and got a solid performance from freshman Keion Brooks, who finished with 10 points. Brooks started in place of Hagans and made four of his five field goal attempts, including two 3-pointers. Backups Nate Sestina and Johnny Juzang combined for 19 points and three shots from long range. Juzang scored 10 and Sestina added nine points.

Richards paced Kentucky with 19 points and scored 17 of those in the second half. Richards scored eight points in the final six minutes to help the Wildcats overcome the Gators despite a 10-point deficit at the half.

“I told them at halftime, ‘This is like being in the NCAA Tournament, you don’t play well, the other team plays well, Nick is 1 for 8 and looks so bad he doesn’t look like he’s on the floor,” Calipari said. “Should we go to the bus and surrender? Or do you guys want to fight? That’s the only two options.’ They looked at each other.”

“I took on that challenge,” Richards said. “Obviously we came out a really big win (and) it wasn’t just me. Johnny came out and made a lot of 3s, Keion shot the ball well and EJ, we wouldn’t have won the game unless he got that tip-in. Tyrese, he gave everybody the ball, got us good looks. It was actually a team effort today. It wasn’t just one guy.”

Calipari added he wasn’t surprised by his team’s comeback an ability to seal the deal.

“We’ve been in so many close games, it’s incredible,” he said. “I can’t tell you. Every game with two minutes to go is anybody’s ball game. When we lose, it’s total silence.”