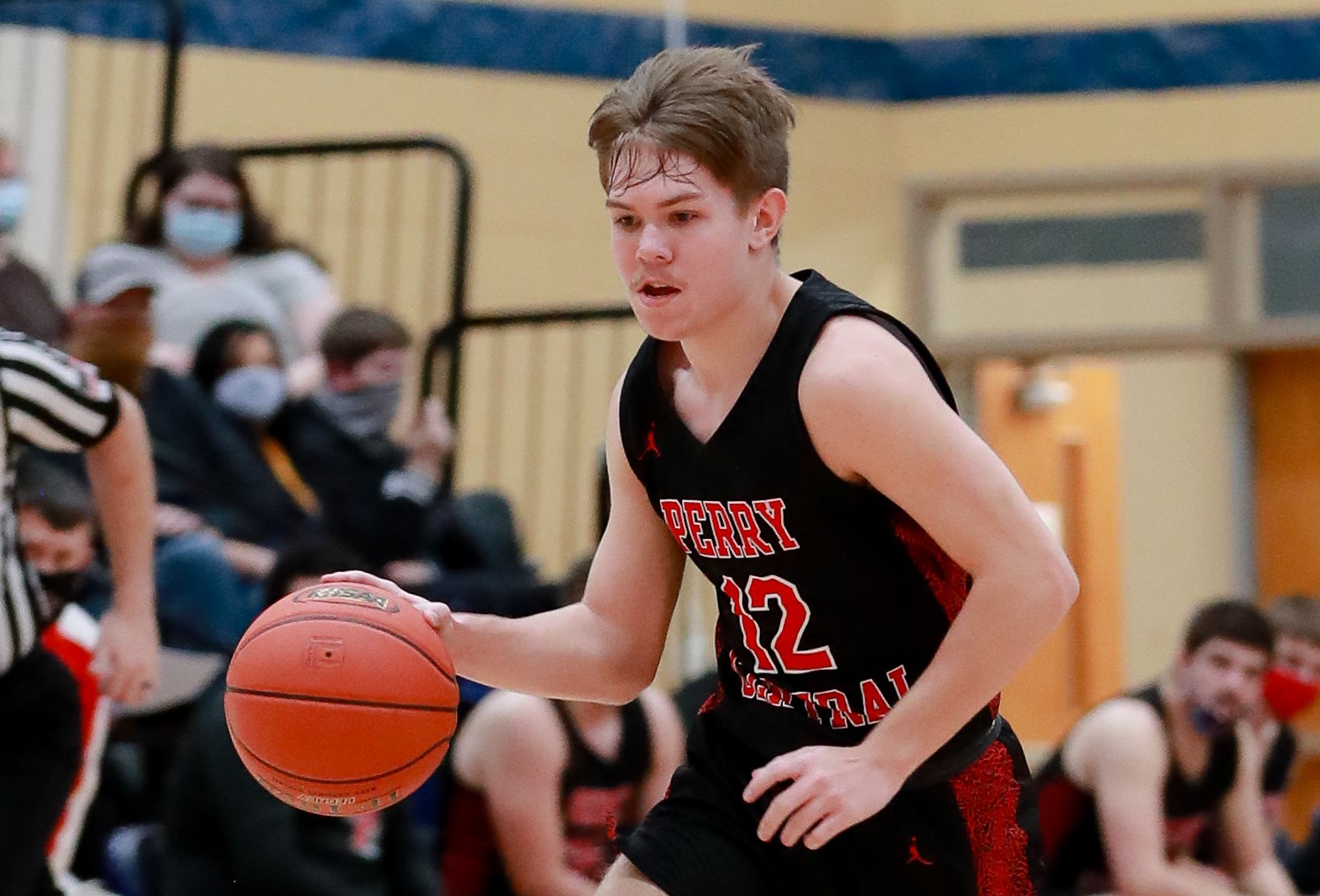 Perry Central traveled to Campton on Tuesday Night with their season on the brink to take on Wolfe County. The Commodores began play at 0-4 and were in need of a win to get 2021 kickstarted. Coach Shannon Hoskins’ troops saw the urgency and put in an excellent performance to the get their first win of the season.

1st QUARTER
Lanse McKenzie was huge from the “flip” as he had four baskets in the period. Dawson Duff hadded five and Rydge Beverly four. Sawyer Thompson and Jaz Johnson both had three for the Wolves. End 1st, Perry Central 19 – Wolfe 10.

2nd QUARTER
Johnson poured in 11 in the period for the Wolves, but the Commodores out scored Wolfe 21-19, as Beverly finished at the basket multiple times and hit a 3-pointer for eight. Dylan Brock added six, and at the half Perry lead 40 to 29.

3rd QUARTER
Wolfe simply could not put the ball in the basket in the third only scoring two baskets for four points. Tyler Day paced the Commodores with eight. Headed to the fourth, Perry held a 57-33 lead.

4th QUARTER
Wolfe tried to make multiple runs in the fourth with Cody Peyton scoring five, and Thompson and Elijah Tolson four each. Perry countered every run and closed out the road win.

NEXT: Perry Central is next in action on Satruday as they host Bell County. Wolfe County hosts Breathitt County in a 55th District clash on Friday which will be streamed LIVE on BSN.