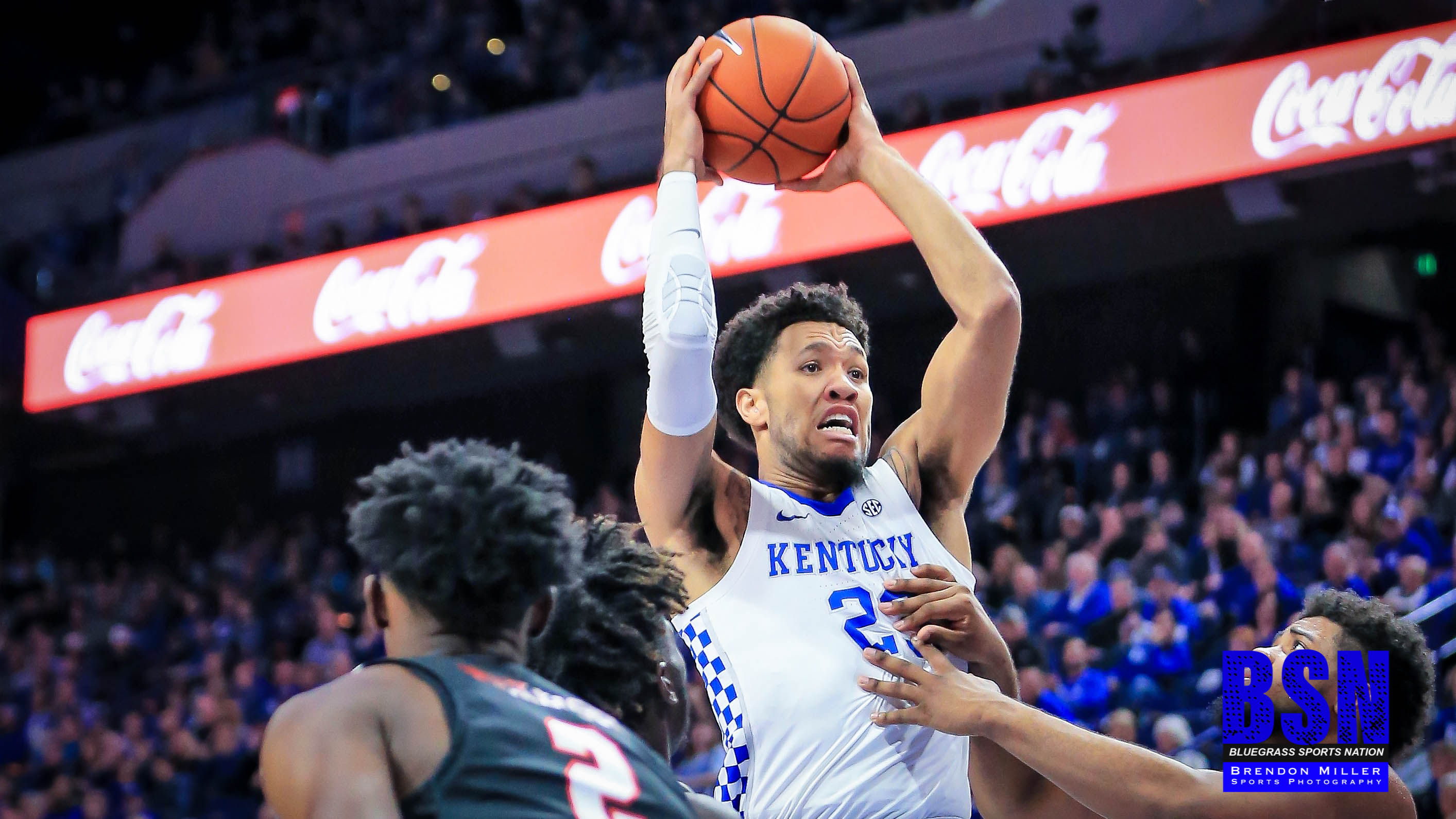 EJ Montgomery is following the leader and is keeping pace with Kentucky teammate Nick Richards.

Montgomery scored 10 points and grabbed six rebounds in Kentucky’s 89-79 win over Georgia earlier this week, his best performance since tallying 25 points in a win over Fairleigh Dickinson in December.

The Kentucky sophomore forward is starting to turn the proverbial corner, but has to catch up with Richards, who is in the best shape of his career and playing the best basketball of his career.

Richards played a career-best 37 minutes against the Bulldogs and collected 20 points, eight rebounds and blocked three shots. It was the latest in a long line of strong performances from the 7-footer.

Calipari said Montgomery’s improvement is starting to show, but added it takes time to reach an elite level.

“It’s not going to happen overnight, though,” Calipari said. “(It) took Nick (Richards) three years. Who is the other guy in supreme condition? Immanuel (Quickley). So, look at him. So now — but why don’t you do that? Well, that’s really hard.

“Can I just get more shots?  Can you just not say anything and leave me in the game? How about you do the hardest thing, which is get in great condition, and then see where it takes you. Then all of a sudden you do stuff that you didn’t even know you can do, which builds your confidence and your self-esteem.”

Montgomery credits associate head coach Kenny Payne for improving his conditioning and said Payne wants him to keep conditioning in order to reach the next level on the court.

“He wants me to just play my hardest the whole game,” he said.

Kentucky assistant coach Tony Barbee said Montgomery has been on an upward trend during the past couple of months.

“He’s on that same progression as Nick, so to speak,” he saiid. “It went unnoticed (against Arkansas of ) how good of a job EJ did (of defending) on 33 (Jimmy Whitt Jr.). I think the game before he might have had 30, 30-something points coming in the game before our game and EJ single-handedly made the game difficult on him because of his size and his ability to move the feet.

“You’re not going to get a lot of credit externally about how good you are defensively – it’s usually highlight, the offensive plays that get the credit – but EJ deserves a lot of credit in what happened in that Arkansas game in what he was able to do to No. 33.”

Calipari said Montgomery and Richards can’t afford to take a step backward this deep into the season.

“The biggest thing in all of this comes back to battle. You’ve got to compete,” Calipari said. “You’ve got to fight. They’re both learning. … What I’ve talked about in the past is if you’re going to build your confidence, it is through demonstrated performance. You’re going to go on the court and do it, and you’ll build your confidence in playing that way. All of these games are challenges for these guys.”

“It’s just (about me) getting better, just trying to go out there and help our team win,” he said. “I feel a lot better, that was my main thing over the summer, was to get stronger and to come back and be an impact in the game.”

BJ Boston and Terrence Clarke are the latest Kentucky signees who will play in the prestigious McDonald’s All-Star game before heading to UK next season. They were named the 24-man rosters announced Thursday on ESPN’s “The Jump” on ESPN.

UK is one of three schools with multiple selections. The 43rd edition of the game is set for April 1 at the Toyota Center in Houston. Tipoff is set for 7 p.m. on ESPN2.