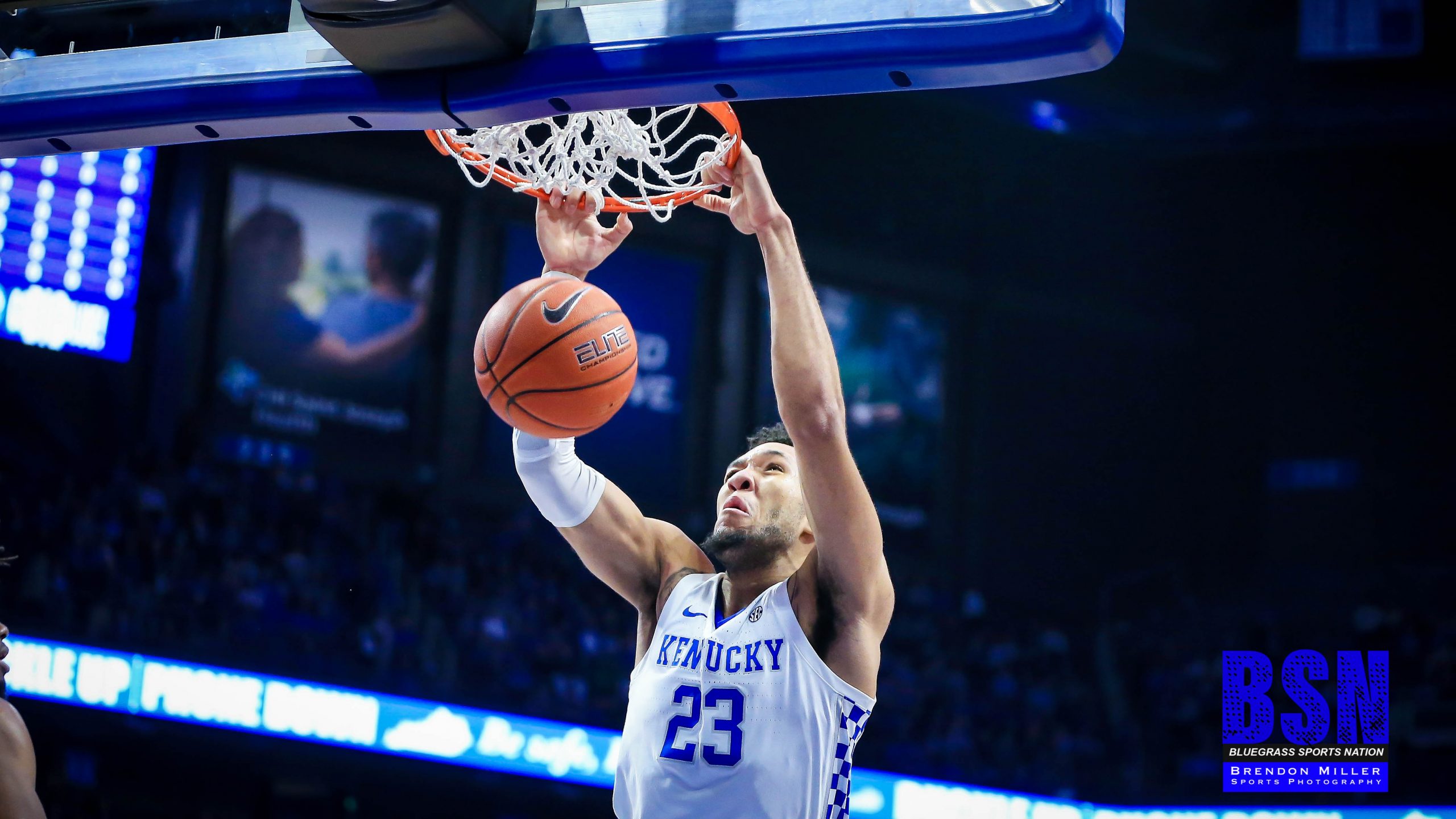 EJ Montgomery is in the best shape of his life and it’s showing on the court.

The Kentucky forward is showing signs of a breakthrough and has scored 23 points in the past three games, including nine in a 71-62 win over Vanderbilt earlier this week. Although his scoring contributions have been beneficial, his improved conditioning has afforded Montgomery more minutes on the floor. Montgomery has played more than 25 minutes in the past two games.

Justus added the Montgomery is starting to following the example set by junior Nick Richards.

“You look at a guy like Nick Richards who has now had a demonstrated performance over and over again and you gain confidence from that,” Justus said. “I think EJ’s right behind him.”

Kentucky coach John Calipari agreed and said Montgomery has “finished first in a bunch of the runs and “he’s starting to get in better shape.”

“That conditioning is really hard, and it hurts, but that’s how you build the stamina to build your confidence, so you don’t let go of the rope and you don’t surrender,” he said. “You just keep fighting.”

Montgomery has made it a point to finish first in conditioning drills in practice lately and it’s starting to pay off for the sophomore forward.

“Now I’m more conditioned to where I can keep up with the guards and things like that,” he said. “When I’m tired of the floor I mess up on defense, lazy reaches, things like that.”

“We just went to the locker room to figure it out and came out to try and fight from the heart,” he said. “(The difference was) energy. We all came out fat but wet into the half, got ourselves together and came back stronger (in the second half).”

Justus said Montgomery’s conditioning has helped the Kentucky forward to build his own confidence.

“That comes from being in great shape,” the Kentucky assistant coach said. “That comes from putting in the extra time on your own or with coaches to then showing the ability to be able to do it in the games. That’s where our guys are right now, is they’re continuing to gain confidence in the games.”

“We just have to go out there and compete, Montgomery said. “Everybody has to have the same mindset, we just gotta go out there have energy and try to get a win.”