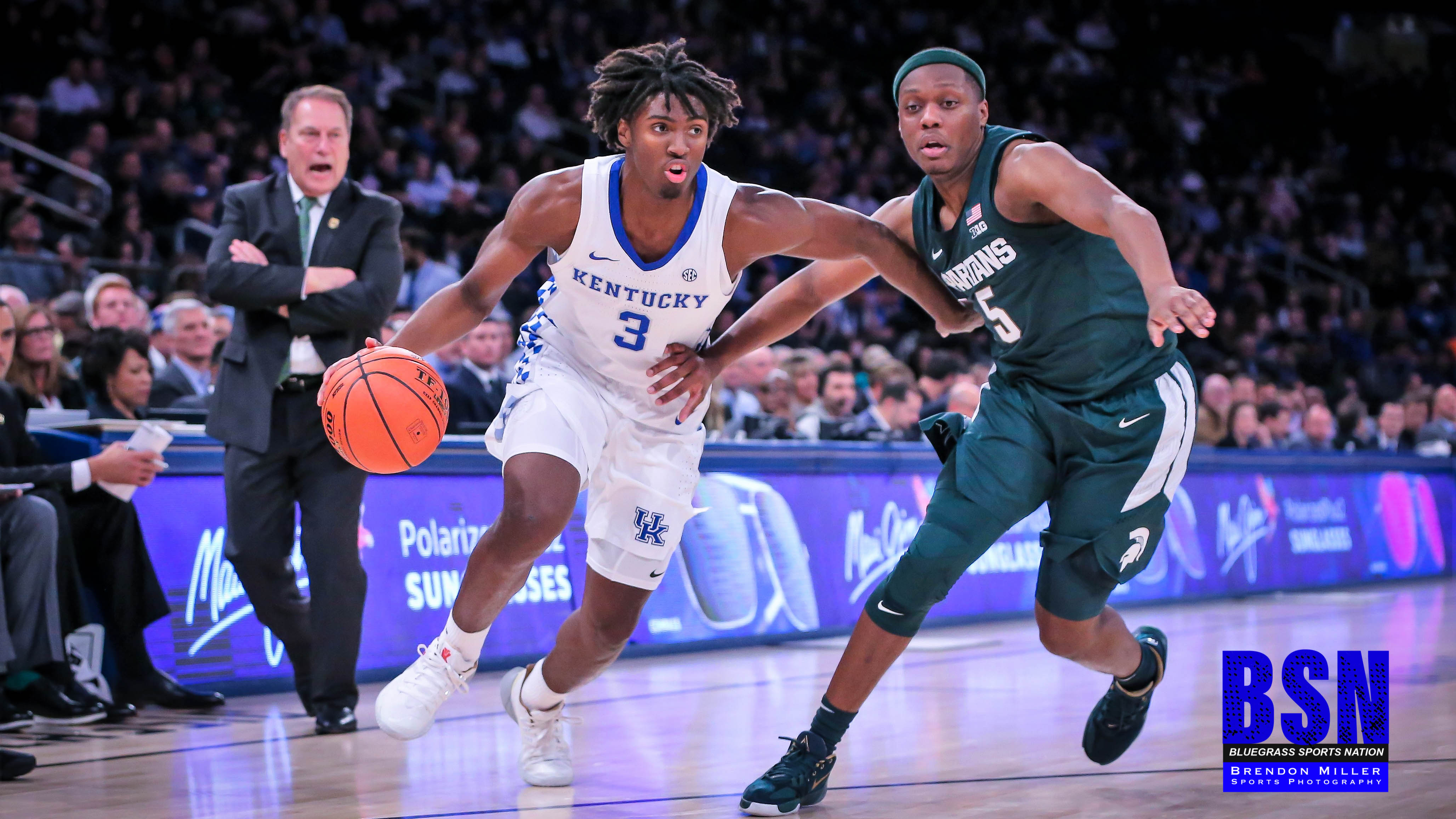 “Tyrese is a big-time player,” he said. “The dude is a big-time shot-maker and everything that he does, he does well and he does it with a smile on his face that’s when you know he’s really playing.”

Maxey came off the bench and scored 26 points to lead the second-ranked Wildcats to a 69-62 victory over No. 1 Michigan State in the season opener for both teams last Tuesday in New York City. Coach John Calipari said Maxey’s outing against the Spartans was “unbelievable.”

“He really helped himself,” Caliapri said. “Because he’s in the best shape of his life, he has confidence. He built his own confidence. ..Only way he can do (that) is to be in great condition and he is for the first time in his life.”

Aside from his individual goals, Maxey wants the Wildcats to stay the course when they return to the court Friday night.

Prior to the opener, Maxey said the Wildcats were beaming with confidence and Sestina aid that energy comes from just being a basketball player.

“If you’re not a confident player going into the game, you shouldn’t be playing,” he said. “When you have 13 players confident in what you’re doing and you have the whole coaching staff behind you and they’re confident in what you’re doing, it definitely helps when you’re on the court. And to have Tyrese get going like he did, that should be a confidence boost for the rest of the season.”

Poised to take over the top ranking when the latest Top 25 poll is released next week, Kentucky (1-0) takes on Eastern Kentucky Friday night in the season opener for both teams. The contest will be the first of eight consecutive home games for the Wildcats and Sestina doesn’t envision a letdown.

“Everybody is locked-in,” he said. “Everybody has bought into what we’re trying to do here. (After the Michigan State game) everybody realizes how special we can be and we had a really high level of energy. Everybody, even the guys on the bench, you come out the game, they are high-fiving you and they’re pumped up and that really translates into what we’re doing and how we are playing.”

Calipari wants to see more of the same in the first regular-season home game. The Colonels (1-0) were victorious earlier this week, holding off Chattanooga 79-68 to open the new campaign in Richmond.

“This going to be a hard game, because this team is pressing for 40 minutes,” he said. “They’re going to scramble and do stuff this team has not seen (this year). …. I’ve got to work on how you’re going to attack the press and I’ve got young guys. This will be a good game for us.”

Calipari came away impressed with Eastern’s win over the Mocs and liked the way Darius Hicks performed. The North Carolina State transfer had a double-double with 18 points and 12 rebounds.

Calipari also was pleased with his team’s defensive performance in the opener and is hopeful the Wildcats can continue that trend.