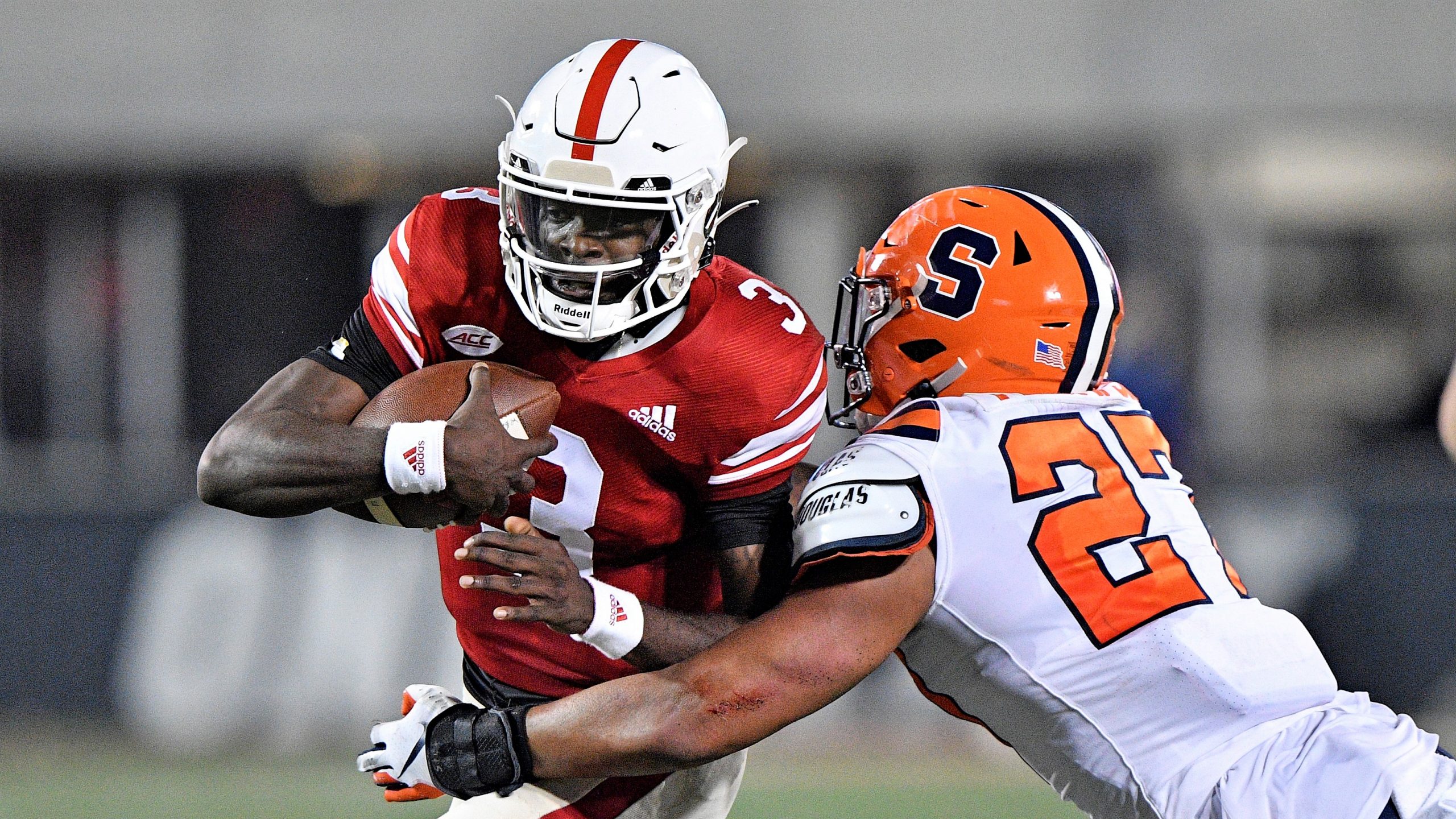 Malik Cunningham accounted for two touchdowns to offset three first-half turnovers, and Louisville held Syracuse to a season-low 137 yards with three takeaways for a 30-0 victory on Friday night.

All of the turnovers occurred before the break, though Cunningham’s two interceptions around a fumble in Syracuse territory weren’t as costly. That’s because the Cardinals’ replenished defense created just as many opportunities, two of which the offense converted into 10 points for a 13-0 lead in the second quarter.

Cunningham added a 4-yard TD run with 29 seconds remaining in the half before connecting with Tutu Atwell for a 19-yard score midway through the third. The junior quarterback finished 19-of-28 passing for 219 yards as the Cardinals (3-6, 2-6 Atlantic Coast Conference) ended a two-game losing streak.

Jalen Mitchell rushed 11 times for 46 yards with a 2-yard TD while Maurice Burkley had 56 yards on 10 carries.

Syracuse (1-8, 1-7) never got going in losing its sixth consecutive game. Freshman JaCobian Morgan completed 5-of-12 passes for 40 yards in his second start and the ground game managed just 92 yards.

THE TAKEAWAY
Syracuse: The Orange crossed midfield just twice, turning it over on downs one of those times to set up Louisville’s second TD. For a while they appeared headed for a program-low yardage in ACC play. Their defense was physical at times but generally struggled to stop the Cardinals from driving.

Louisville: The Cardinals entered the game with three turnovers in both of the previous two games and didn’t help themselves with early generosity. Cunningham eventually settled down, and the team had little trouble moving the ball against Syracuse. The defense was clearly happy being back at full strength, delivering several hard hits.

UP NEXT
Syracuse hosts North Carolina State in its home finale on Nov. 28.

Louisville hosts Wake Forest on Nov. 28 in a game rescheduled from Dec. 5 by the ACC. The Cardinals will have a bye before finishing the season on Dec. 12 at Boston College.