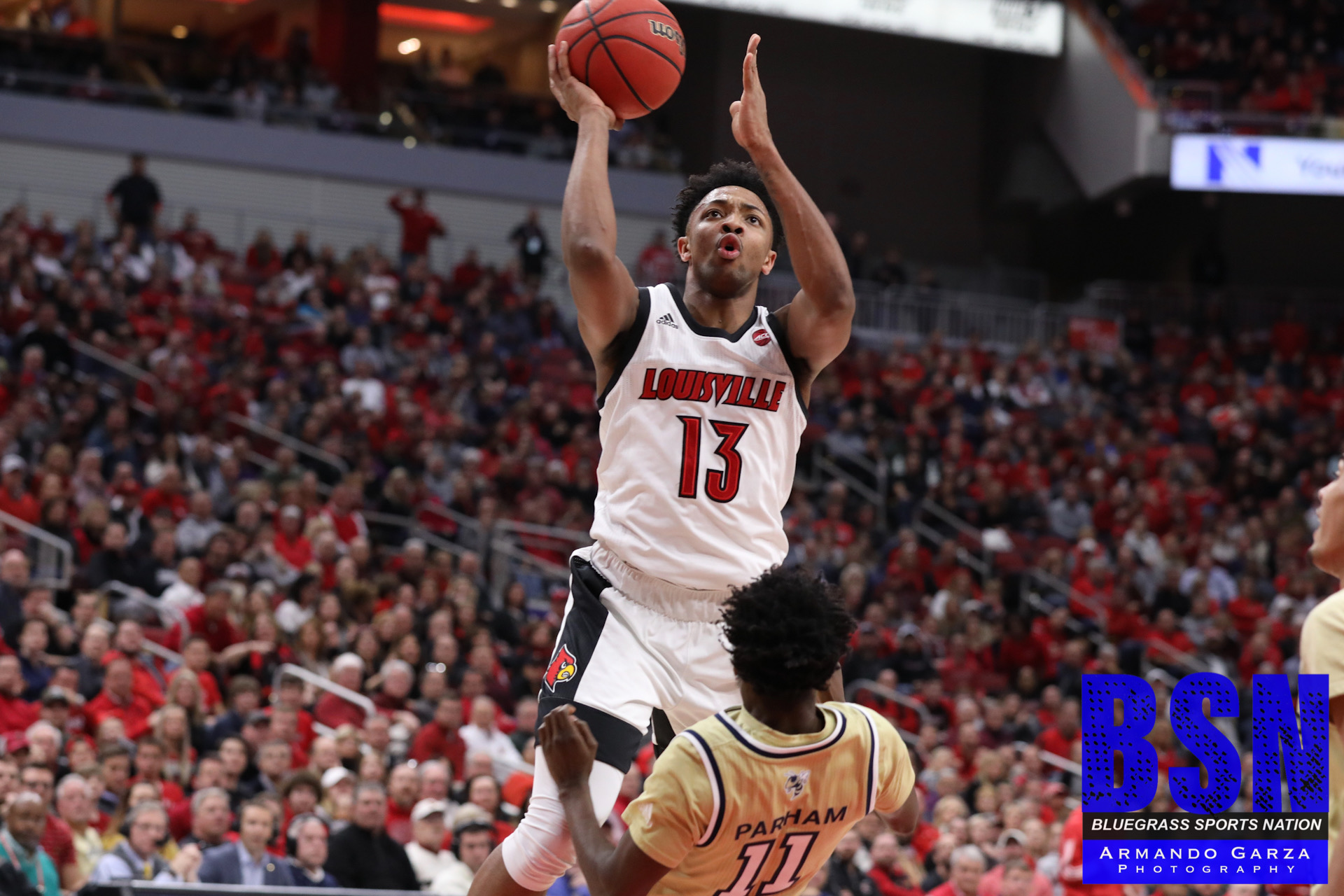 University of Louisville sophomore guard David Johnson has been named the Atlantic Coast Conference Player of the Week for games Dec. 21-27.

He shared Bluegrass Sports Commission MVP honors with Carlik Jones as the Cardinals defeated intrastate rival Kentucky last Saturday.  Johnson totaled 17 points, seven rebounds and four assists against the Wildcats while connecting on 3-of-4 three-pointers and playing the entire 40 minutes.

In seven games to date, Jones has already doubled his three-point production from a year ago, burying 10-of-25 threes this season (5-of-23 three in 2019-20).  The preseason Wooden Award watch list member is second in scoring (13.6 ppg) and assists for UofL (4.1 apg, seventh in the ACC), and is one of four Cardinals averaging six or more rebounds (6.0).

Johnson  is the first Louisville player to receive the honor since Jordan Nwora was named ACC Player of the Week on Dec. 9, 2019.  UofL’s Dre Davis was honored as the ACC Freshman of the Week earlier this season on Dec. 7.