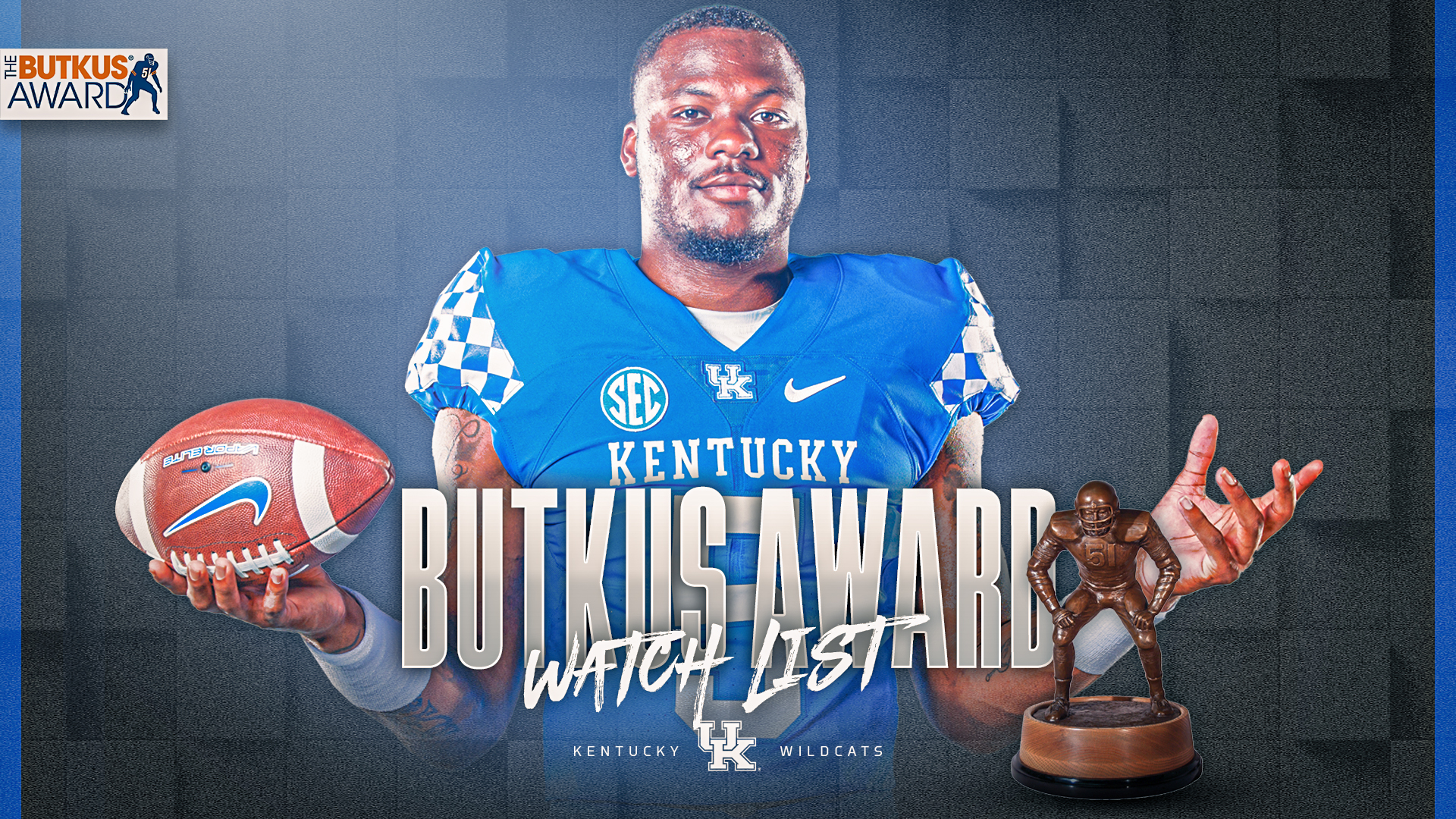 The Butkus Foundation announced Monday that senior inside linebacker DeAndre Square has been named one of the 51 players on the watch list for the Butkus Award, given to the nation’s top linebacker since 1985.

The watch list features 51 linebackers, mirroring the legendary “51” pro jersey associated with the award’s namesake, Dick Butkus, who was recognized by NFL Films as the best defensive player in football history. The Butkus Award is focused on recognizing linebackers who consistently play off the ball on their feet in a two-point stance in traditional form.

Square, a 6-foot-1, 221-pound native of Detroit, enters his fifth and final season with the Wildcats having played in 49 career games with 35 straight starting assignments. His career totals include 244 tackles, 19.5 tackles for loss, 13 quarterback hurries, four pass breakups, three forced fumbles, two interceptions and one fumble recovery. He’s been voted a team captain twice (2020 and 2021) and is on track to graduate in December with a degree in health promotion.

Square ranked third on the team last season in tackles (80), tackles for loss (9.5) and sacks (3.0). He added three quarterback hurries, one pass breakup, a forced fumble and an interception in helping UK win 10 games for the fourth time in school history. With two tackles in the first half against Iowa in the Vrbo Citrus Bowl, he sustained an ankle injury and did not return in the second half until midway through the fourth quarter. He finished the game with six stops, plus the game-clinching interception with 1:48 remaining – his first pickoff of the season and second of his career.

The award semifinalists are expected to be named Oct. 31 with finalists to follow Nov. 21. The winner will be named on his campus on or before Dec. 7. Appearing on the watch list is not a requirement to win the award.

Founded in 1985, the Butkus Award honors linebackers at three levels while supporting causes important to the Butkus family. Causes include Butkus Takes Heart™ initiative encouraging early cardiovascular screening among adults, and the I Play Clean® initiative encouraging athletes to train naturally without performance-enhancing drugs. A 51-member expert panel of coaches, scouts and journalists guides the selection process. Past winners of the collegiate award include such greats as the late Derrick Thomas, Patrick Willis, Von Miller, Devin White and many more.

Visit UKFootballTix.com for great deals on tickets and more information. Prefer to speak with an expert? Fans may work together with a personal ticketing consultant to compare and purchase available seat locations by requesting a call or by contacting the UK Sales Office at (800) 928-2287 (Option 1).