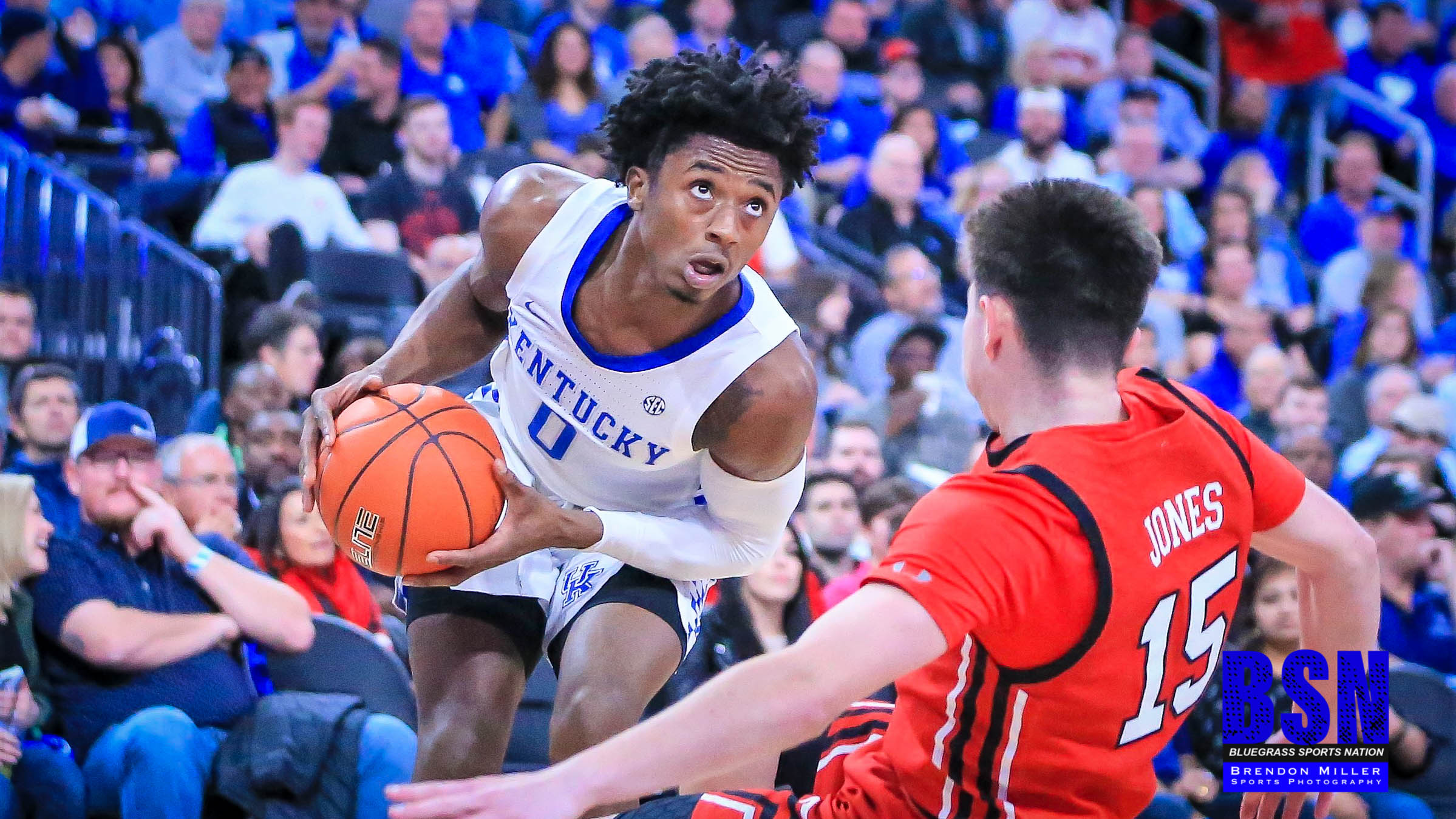 Kentucky has a short time to regroup following a stunning 69-66 setback to unranked Utah early Thursday morning in Las Vegas.

The sixth-ranked Wildcats (8-2) tied the score at 66-66 with 1:47 remaining after trailing by 17 at the 10-minute mark. Kentucky missed two 3-pointers in the final 15 seconds, including a trey by Immanuel Quickley that bounced off the back of the iron at the buzzer as the Utes snapped an eight-game losing streak to the Wildcats.

Kentucky was led by Tyrese Maxey with 18 points, followed by Ashton Hagans with 16. The Wildcats struggled from long range, making just 2-of-17 of their 3-point attempts.

The Wildcats also struggled down the stretch. Maxey was called for an offensive foul on a reversed call and misfired on a 3-pointer in the closing minutes. Kentucky led for just eight seconds in the game.

“We got off to a slow start and that can’t happen. We’ve got to change that,” Maxey said. “We had opportunities to finish but we just couldn’t make shots.”

Timmy Allen led Utah with 25 points. Allen and Both Gach combined for 28 points in the first half for Utah. Gach scored Utah’s first 10 points as the Utes raced out to a 10-4 lead early in the first half.

The Wildcats shift their focus to fifth-ranked Ohio State and have two days to prepare for Saturday’s highly anticipated showdown against the Buckeyes at T-Mobile Arena in the CBS Sports Classic.

“Were going to try to go out there and compete,” Maxey said. “They’re a really good team. We’ve got to put this loss behind us — grieve for 24 hours and then bounce back.”

SESTINA RETURNS
Kentucky graduate transfer Nate Sestina returned after missing three games because of a fractured wrist. Sestina, who scored a season-high 12 points in a win over Eastern Kentucky last month, played nine minutes and didn’t score against the Utes.