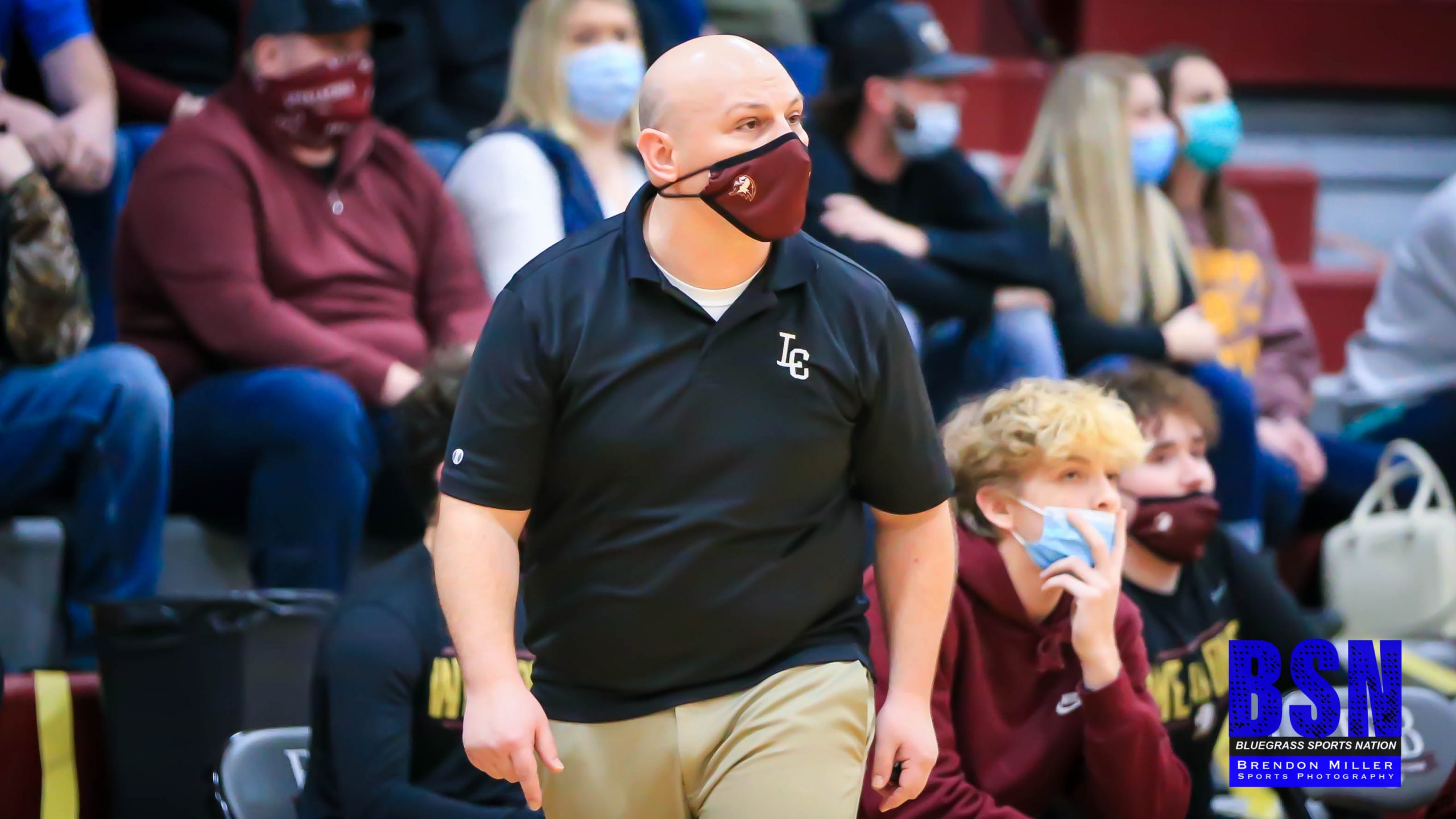 Leslie County hosted the Buckhorn Wildcats in a 54th district matchup in the Nixon Center on Friday Night. The Eagles picked up their second straight District win by a final score of 74-51. This was the second meeting of the two teams met this season, with the Eagles winning the previous meeting at Buckhorn in the 14th Region All A Classic.

Leslie County was paced by senior guard Trent Day’s 18 points, followed by all of the Eagles starting lineup scoring in double figures. The Leslie County Eagles improved their record to 4-2 on the season.

1ST QUARTER
The Eagles scored early and often with solid defense leading to offense.  Leslie sophomore guard Wyatt Hensley hit two threes on his way to scoring 12 points in the period. End of the first, Leslie was on top 20-7.

2ND QUARTER
The Wildcats found some offense from sophomore guard Hayden Neace scoring seven points. Trent Day led a balanced scoring attack for the Eagles with seven points followed by senior forward Jason Baker with six. At the half, the Eagles led by 21, 47-26.

3RD QUARTER
Buckhorn cut into the lead only allowing Leslie to score 12 in the period. Hayden Neace and junior forward Dylan Knight powered the Wildcats offense as they combined for 10 of Buckhorns 16 points. At the end of the 3rd, Leslie led 59-42.

4TH QUARTER
The Eagles heated up behind Baker as he would pour in six points in the final quarter to spark the Eagles’ offense. Leslie out scored Buckhorn 17-10, sealing the victory with a final score of 76-52.

****NOTE SCORING IS FROM LESLIE BOOK AND IS DIFFERENT FROM KHSAA WEBSITE POSTED FINAL OF 74-51.

NEXT
The Leslie County Eagles will host a rematch at home with the Clay County Tigers on Monday night. The Eagles look to avenge a 81-69  loss at Clay earlier in the season.
The Buckhorn Wildcats will play at home Monday night in the Pat Wooton Classic, as they will host the Red Bird Cardinals.