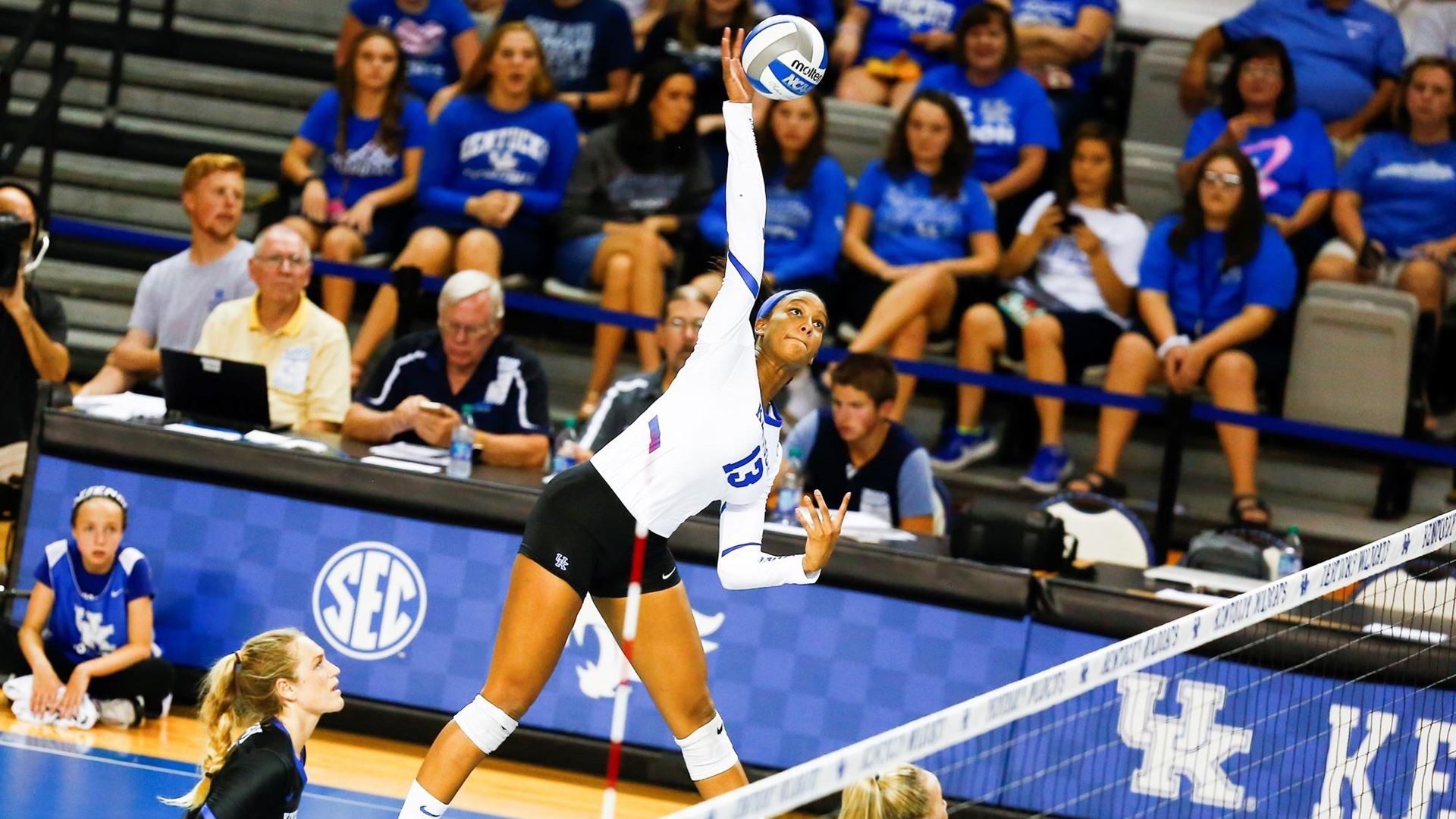 “We needed to play a match where we felt a commitment to victory at each point,” UK head coach Craig Skinner said. “I don’t think our fighting spirit has been there even though we’ve been playing really well at times, but tonight it came out of us.”

The beat just continues to roll on for Edmond who now has double-digit kills in every match but one this season and after setting a new career high with 27 kills vs. Purdue on Wednesday, turned around and launched 15 terminations vs. Louisville on Friday night. Edmond joins Kylie Schmaltz and Caitlyn Cooper who finish their careers 4-0 vs. Louisville in all four regular season meetings without dropping a set.

Kentucky’s offense was clicking on all cylinders, hitting a season-set best .469 in the opening set and siding out at over 85 percent. UK finished the match hitting .347, its second-best hitting percentage of the season for a single match.

UK turns the page on the non-conference slate and now resets the schedule to focus on the Southeastern Conference. SEC play begins on Friday, Sept. 27 vs. Mississippi State at 7 p.m. ET. The match will be shown live on the SEC Network+, ESPN3 and the ESPN app.

Leah Meyer, who had one of her best matches with 10 kills, only one error, an assist and two blocks, was honored before the match by Skinner with a game ball for achieving her 1,000th career kill vs. Indiana a week ago.

Leah Edmond continued her torrid pace on the week to open the match, registering four kills inside of the first dozen points and forced the Cards to call a timeout trailing the Wildcats 11-5 and UK hitting .500 at the time in the opening set. After a pair of Edmond kills to bring her total to six on the match and a Cardinal attack error, UK found itself up 17-9 and UofL requested its second halt of action. Kentucky cruised to a 25-15 win behind .469 hitting offensively and seven kills from Edmond. Leah Meyer was right behind with seven terminations. Madison Lilley had 15 assists and Gabby Curry led the defensive effort with five digs, holding UofL to just .207 hitting and only 10 kills.

After a tight set for a majority of the start, Kentucky ran away and hid in the middle stages of the frame and pulled away late for a 25-14 win in stage two. The Wildcats continued to play well offensively, hitting .343 in the set and holding Louisville to -.051 offensively as a team. Kentucky closed the set on an 8-0 run after it was 17-13 at one point and backing even further – UofL had the lead as late as 9-7. UK sided out at 87 percent in the first set, and kept that pace up with a 64 percent sideout conversion in the second.

Kentucky used 14 kills and 12 sideouts to cruise to a third-set win. After Louisville kept things close in the middle stages of the set, Kentucky again used another lengthy run to put some separation into the match and the Wildcats closed things out in three.