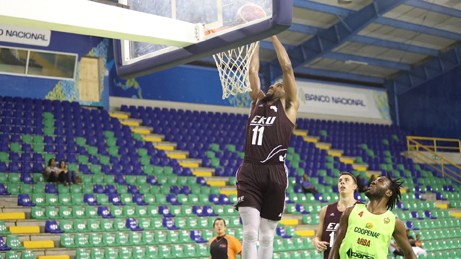 The Colonels trailed just once during the game, falling behind 17-16 in the first half. Jacquess Hobbs sank one from the charity stripe off of a technical foul to even the score at 17-17. Nick Mayo and Hobbs drilled back-to-back triples to move the score to 24-21 and EKU never looked back.

Peyton Broughton buried one from beyond the arch while Jomaru Brown and Jordan Oakley added field goals.

Lachlan Anderson iced his team and career-high 20-point outing with a dunk.

Broughton sealed the game with another three-pointer, setting the final score.

Oakley collected his first double-double as a Colonel with 15 points and 11 rebounds. Brown chipped in 18, Broughton netted 14 and Bradshaw tallied 11.

EKU had 54 deflections and forced 22 turnovers during the contest.

Tonight’s game concludes the tour for Eastern Kentucky with a 2-0 mark. The squad will return to the hardwood on November 1 against Kentucky Christian University.