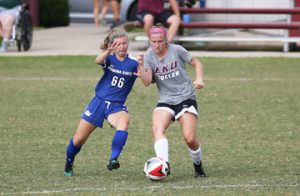 The Sycamores struck very early in the match, as Tessa Leong took a cross from Katie Wells and poked it past goalkeeper Anna Hall just over one minute in. 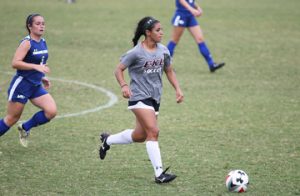 ISU took a 2-0 lead in the 32nd minute when Wells scored off an assist from Kasey Wallace.

EKU tried to claw back late in the game, as sophomore sub Erin Torrence rebounded her own saved shot and scored in the 80th minute to cut the deficit in half. However, that was all the Colonels could muster.

Eastern dominated the game statistically, outshooting Indiana State, 20-5. However, it was the Sycamores who took advantage of their early opportunities.

Senior Jordan Foster led all players in the game with six shots, four of which were on target. Sophomore Sam Eastes added four shots for the Colonels.