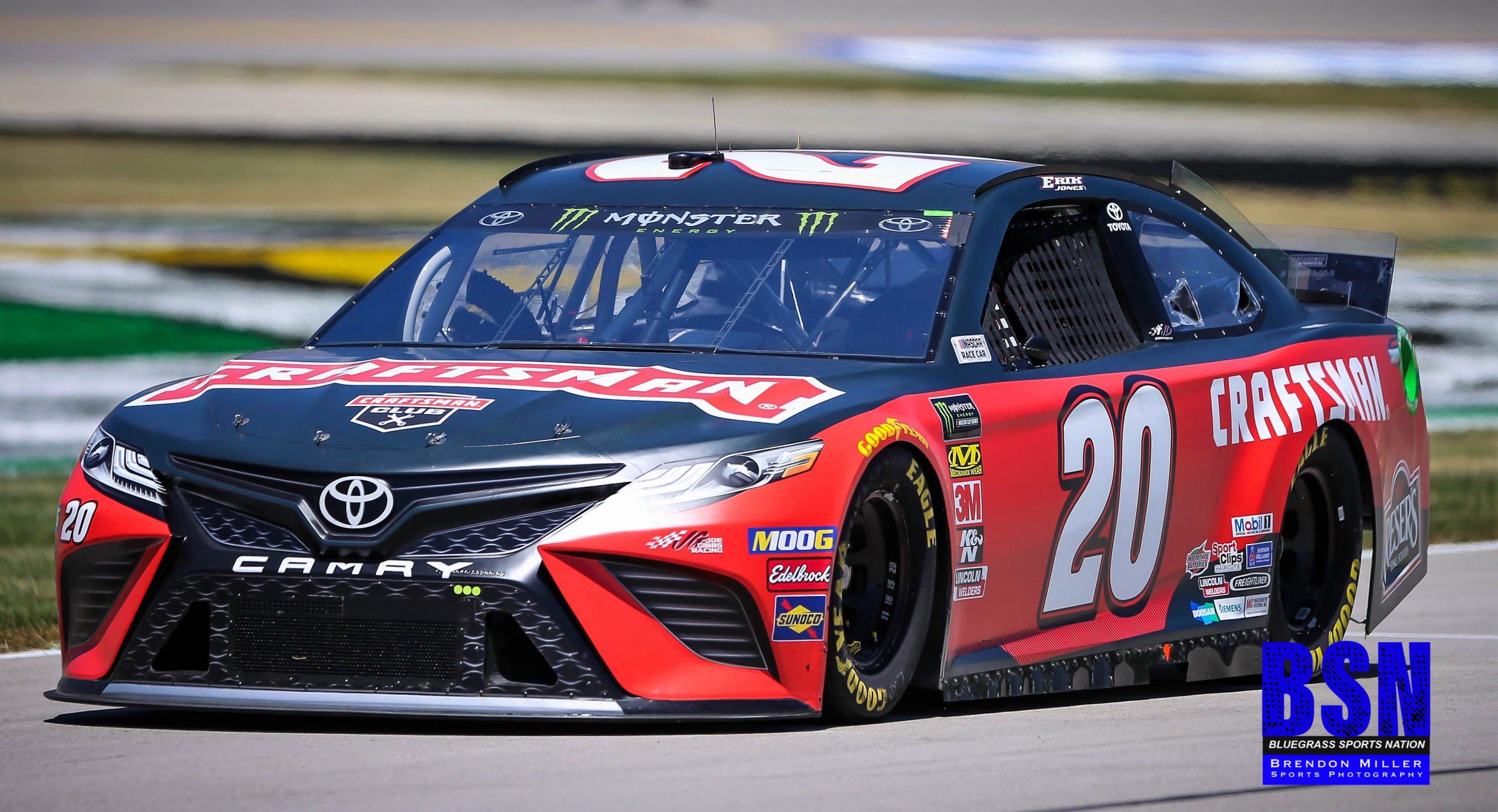 DAYTONA BEACH, Fla. (Feb. 9, 2020) – It was the longest Busch Clash At DAYTONA in the 42-year history of the race. And it may well have been the wildest. When it was done Sunday afternoon, after three “NASCAR Overtimes,” Erik Jones had a well-deserved but seemingly improbable victory.

Improbable, because Jones’ No. 20 Sport Clips Toyota was beaten and battered, its hood flapping in the wind during the tension-filled 88th and final lap around the 2.5-mile Daytona International Speedway tri-oval. Jones was in fifth place when the white flag flew but immediate drafting help from Joe Gibbs Racing teammate Denny Hamlin – his No. 11 FedEx Express Toyota was a lap down and out of contention – pushed him past leader Ryan Newman (No. 6 Koch Industries Ford) and on to the checkered flag.

The 88-lap total was 13 laps more than the scheduled distance for the annual all-star, preseason race for NASCAR Cup Series teams. The Clash had been just that, with a series of multi-car cautions making it a classic battle of attrition and forcing three attempts at two-lap/green-white-checkered OT finishes.

For Jones, it was a second victory at Daytona International Speedway. He won the Coke Zero Sugar 400 in 2018.

“It was an awesome race and I have to give a huge thanks to Denny there because he stuck with us the whole last lap,” Jones said. “It (the No. 20) wasn’t the fastest car, I don’t think, in the race but we brought it home. So I really owe him one for that.”

Prior to the Busch Clash, Ricky Stenhouse Jr. debuted dramatically with a new team in DAYTONA 500 Qualifying presented by Kroger, winning the pole position for next week’s (Sunday, Feb. 16) 62nd annual DAYTONA 500.

Stenhouse, who left Roush Fenway Racing after the 2019 season for JTG Daughtery Racing, posted a fast lap of 194.582 mph in the single-car session, driving the No. 47 Kroger Chevrolet. It marked Stenhouse’s third career Busch Pole award. He has two NASCAR Cup Series victories, both coming at the biggest tracks on the schedule – Talladega Superspeedway (May 2017) and Daytona International Speedway (July 2017).

The qualifying session locked in the front row for the DAYTONA 500 – second-fast qualifier Alex Bowman (194.363 mph/No. 88 Valvoline Chevrolet) will start alongside Stenhouse – while also establishing starting spots for Thursday’s Bluegreen Vacations Duel At DAYTONA, the two 150-mile qualifying races for the DAYTONA 500. Stenhouse and Bowman will start from the respective poles in the qualifiers, which determine the DAYTONA 500 starting lineup after positions 1-2. For Bowman, it will be the third consecutive time he has started “The Great American Race” on the front row including a pole in 2018

“I’m really proud to put our Kroger Chevy on the pole on ‘Kroger pole day’ for the DAYTONA 500,” Stenhouse said. “That was our goal coming down here. (Crew chief Brian) Pattie was working really hard all offseason for that goal and everybody chipped in, the whole shop. We cut bodies off. We put them back on.

“So this goes out to the whole shop and I’ve got to thank our other partners as well. I’m looking forward to hopefully continuing this momentum on Thursday.”