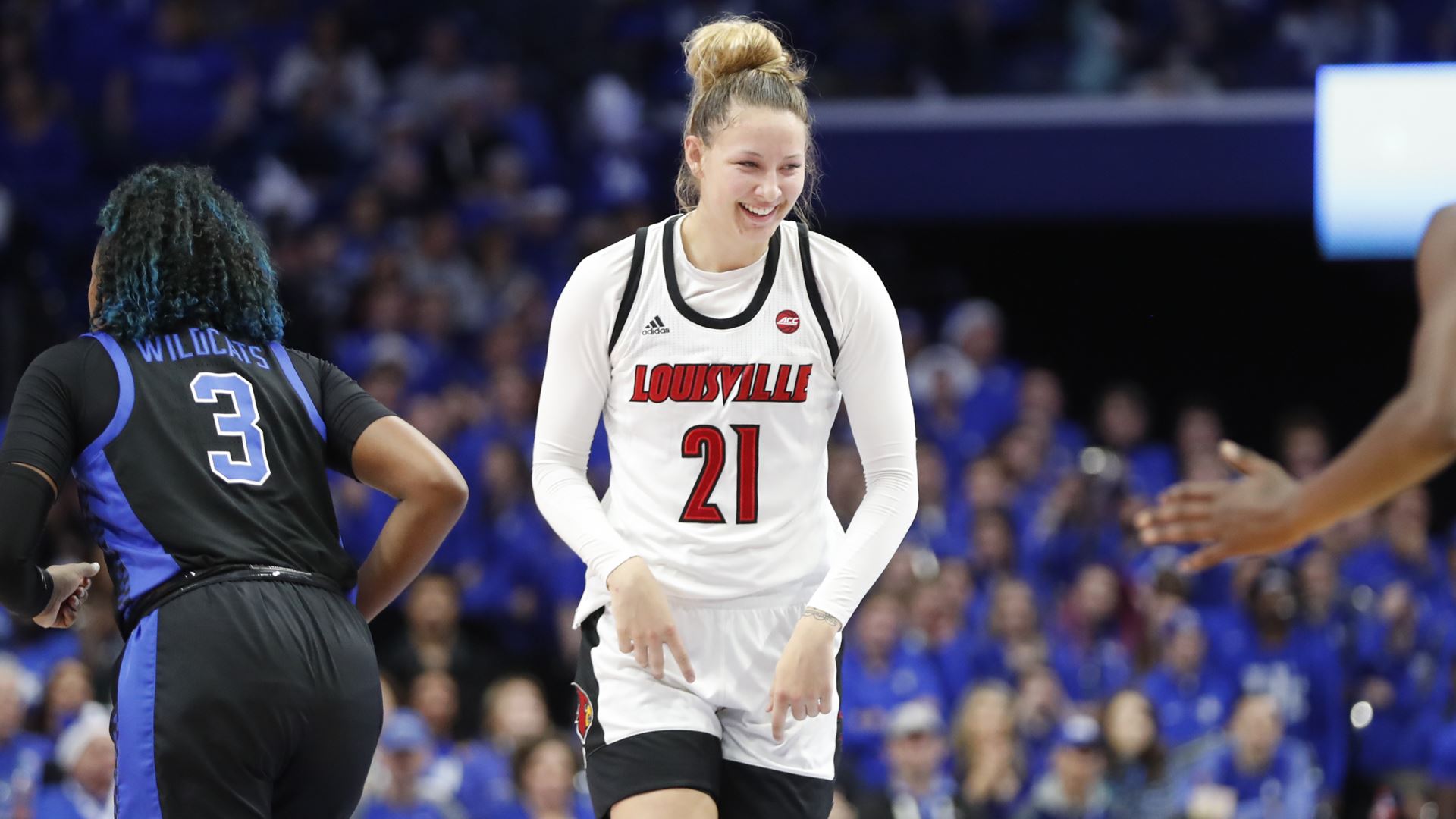 Dana Evans and Kylee Shook both finished with double doubles for the Cardinals.

Kylee Shook scored five consecutive points to put No. 7 Louisville ahead and the Cardinals withstood a late charge by No. 14 Kentucky for a hard-fought 67-66 victory on Sunday at Rupp Arena.

Sabrina Haines made two of three free throws with 1:33 remaining and the Wildcats got a final shot after Dana Evans’ missed 3 with 15 seconds left. Jazmine Jones then grabbed Howard’s 3-point attempt with 3 seconds left that bounced off the rim to preserve Louisville’s fourth straight win in the rivalry.

Shook finished with 11 points and three 3’s, while adding 13 rebounds and five blocks. Evans had 18 points and 10 assists, while Jones and Bionca Dunham had 10 points each.

POLL IMPLICATIONS
Louisville could move closer toward the top five with its second victory over a ranked opponent this season. Kentucky may not make a big drop in the poll, but missed a chance to move closer to the top 10.

BIG PICTURE
Louisville: The Cardinals could have faded in the third but steadily fought back to lead and then limit Kentucky in the fourth. They shot 52% in Rupp Arena.

Kentucky: The Wildcats struggled in the fourth with 3 of 10 shooting and finished 44% from the field. They were dominated 37-17 on the boards, including the final rebound that sealed the loss.

UP NEXT
Louisville concludes a four-game road swing at UT Martin on Thursday before starting ACC play against Syracuse on Dec. 29.

Kentucky wraps up 2019 on Saturday at California.