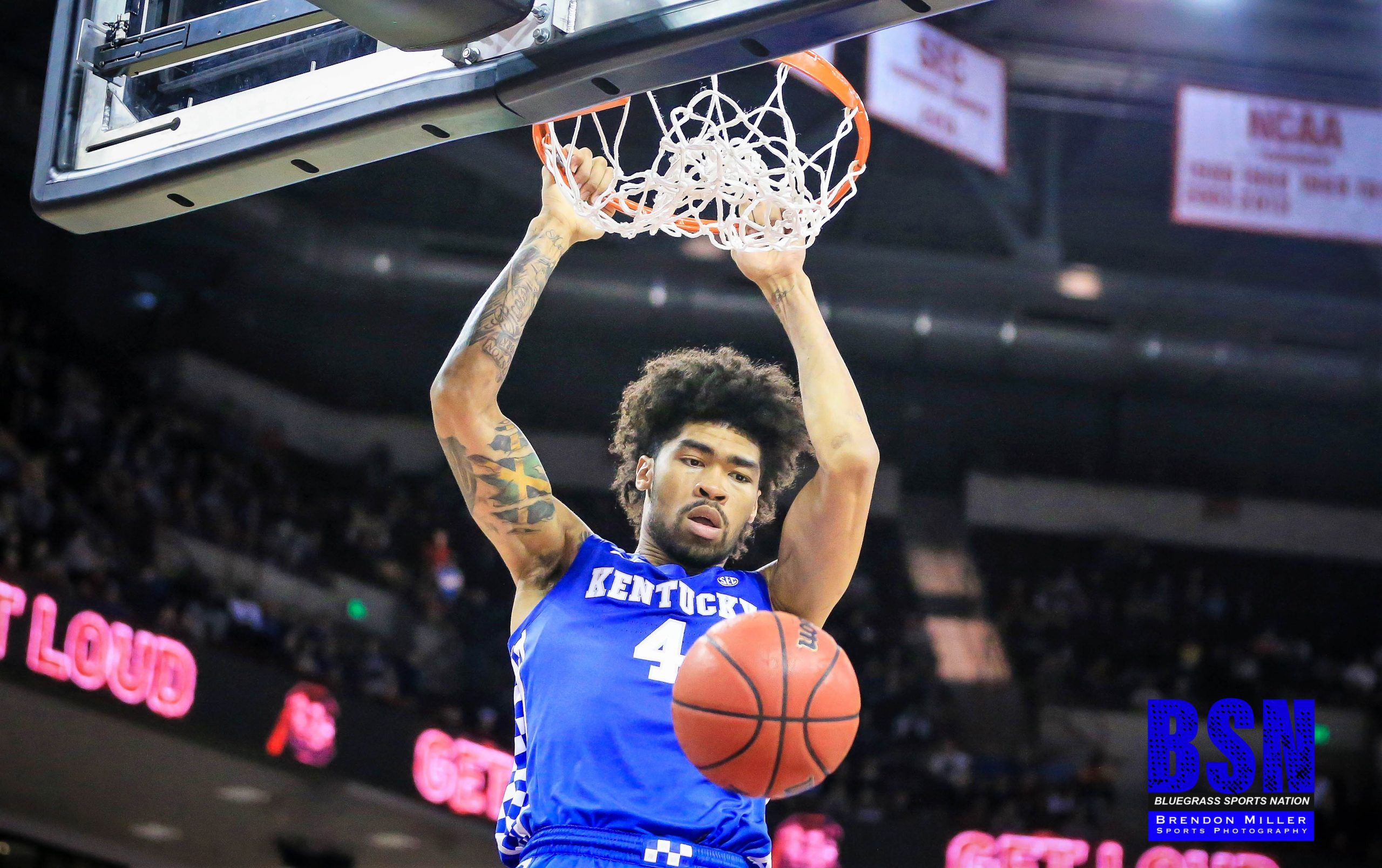 Nick Richards added another chapter to his storybook season Monday.

The Kentucky junior forward was named Southeastern Conference Co-Player of the Week and NCAA March Madness Player of the Week Monday after averaging 22.5 points, 11 rebounds and 3.5 blocks in No. 13 Kentucky’s wins over Georgia and Texas Tech last week. He also won both awards following Kentucky’s win over rival Louisville last month.

“Everybody has their own story,” Richards said after scoring 25 points to go along with 14 rebounds and four blocks in a 76-74 overtime win at Texas Tech last weekend. “Just because I go to a school that’s known for one-and-done doesn’t mean I have to be one-and-done.

“It took me time to develop over the past three years. I’ve had the best time of my life. Meeting incredible people, having the best coaching staff in the world training me to be the player I am right now and to be a better player for times to come.”

During the past eight games, Richards is averaging 17.6 points, 9.8 rebounds and 2.9 blocks per game.  Richards has scored double figures in eight straight games and leads the team in scoring with 14.3 points per game.

Kentucky coach John Calipari has been pleased with the progress of Richards, who is just one of two players averaging at least 14 points, eight rebounds and two blocks per game and shooting an average of 65 percent or more from the floor.

“How many guys have 7-footers that can do what that kid does?” Calipari said. “Not many.”

Texas Tech coach Chris Beard praised Richards and sophomore guard Ashton Hagans for staying the course in an era when “nobody wants to hang in there.”

“Everybody wants the quick fix,” he said. “Those guys obviously have stayed the course. You can tell coach’s relationship with his point guard is different than it was last year. He’s a year older. They’re connected a lot better. I have a lot of respect for all of those guys, especially players who go to a program like a Kentucky or Texas Tech and stay the course.

“You take that coaching and you stay the course when your time comes. Everybody’s gotta run their own race. A lot of times at Kentucky a player’s race is one-and-done but not always. I have a lot of respect for those players no doubt.”

“He’s a totally different person,” he said. “He’s a totally different player. And it’s neat to see it come together for Nick at this point. It’s obviously good for us. Everybody—I’ve always said it: We’ve had so many uncommon freshmen here that made the game look easy, and Nick is a typical player who has evolved from his freshman year, his sophomore year, now as a junior.

“You just don’t see that very often, especially around here. Everybody doesn’t come in here ready-made, ready to hit the road and ready to dominate. And because he was a late starter to the game anyway not coming to basketball until he was 13, 14, 15, it hasn’t been natural for him, but he’s worked hard, he’s studied hard and now he’s reaping the rewards and so are we.”