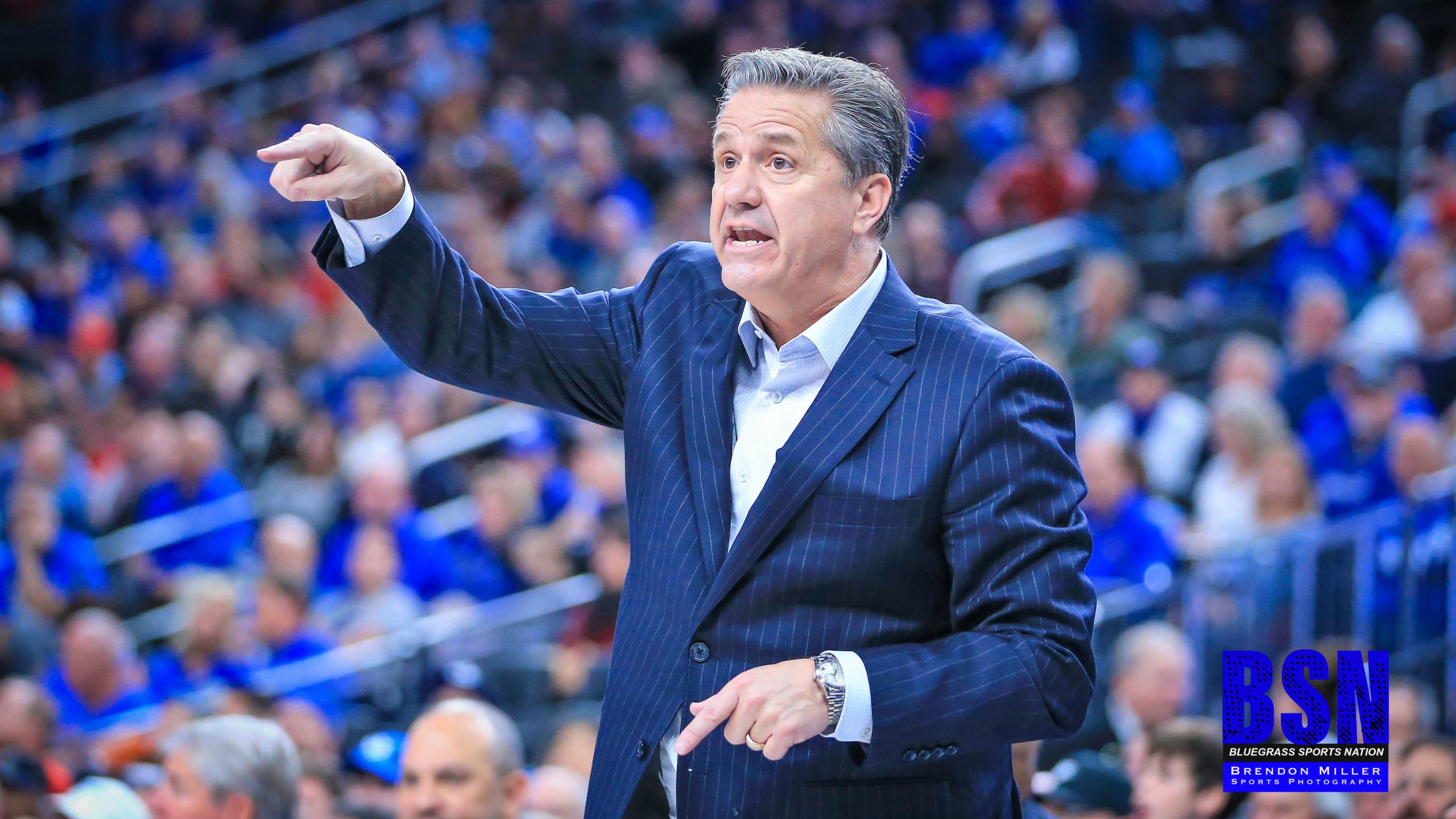 Coach John Calipari watched a replay of Kentucky’s 67-59 win over Kansas in the 2012 National Championship game in New Orleans and said it got his competitive juices flowing.

The Kentucky coach offered insights as he watched on Sunday in a replay that was shown on CBS. It was the first time Calipari has watched the game on nearly seven years. Kentucky (38-2)  defeated Louisville 69-61 in the national semifinals, but it was the finale against the Jayhawks that brought out the competitor in Calipari when he watched it again.

“Why am I still getting fired up watching this?” he tweeted. “I already know what happens. Can’t help it.”

It felt that way eight years ago, too. When he takes his team on the court, Calipari said he always tries “to tune everything out when we take the floor so I can focus on my guys. However, that particular week in New Orleans, Calipari said the enthusiasm of Big Blue Nation was hard to ignore.

“I remember how crazy our fans were that whole week in New Orleans,” he said. “Big Blue Nation was unbelievable.”

Early in the first half, Calipari praised a play by Michael Kidd-Gilchrist.

“What a fighter,” Calipari said.

He also praised Terrence Jones, who returned to the court after going down in the first half on his ankle.

“When you watch his ankle turn, you understand how tough Terrence is,” he said. “And, he popped right back up … unbelievable.”

Calipari added  the “physical presence of Jones to be able to be tough on Thomas Robinson (of Kansas) made it so we could free up Anthony Davis to go block shots, and I love the way Michael Kidd-Gilchrist was shooting free throws.”

Calipari said the fact that Kentucky’s roster that season contained interchangeable parts made if difficult for opposing teams to defend in the post and on the perimeter.

“We had five scorers on the floor at all times, which made it hard to double team,” the Kentucky coach said. “And, we had guys that accepted their roles and how they had to play for our team.”

Calipari said two things stood out to him about his third team at Kentucky, mainly the team’s unselfishness.

“One was how tis team created shots for each other and two, how Anthony Davis was guarding and helping all five men on defense,” he said.

Calipari also praised former Mason County High School standout and Kentucky Mr. Basketball Darius Miller’s presence and added he was a major part of the team’s success on and off the court.

“Darius Miller was such a big reason that we were able to win because of his ability to make baskets, make free throw and his toughness in situations that we needed,” Calipari said.

Davis, Calipari said, showed his unselfishness at halftime with the Wildcats leading 41-27 over the Jayhawks.

“(The game may have been won) when Anthony Davis walked into that locker room at halftime and said, ‘I can’t make every shot, I’ll get very rebound, defend and block shots. You guys do all the scoring.’ (That) showed what he was about and continues to be about.”

In the second half and his team leading 48-38, Calipari decided to go to his “grind-it-out” offense because “I didn’t like how the game was going.” He put the pressure on the Jayhawks because he had “a lot of faith in our ability to win a close game if it came down to it.”

“I went to it earlier than at any point in the season,” he said. “I just wasn’t comfortable with what we were doing offensively. … My thought was the less possessions they had, the better for us If they didn’t have a lot of opportunities, it was going to be hard for them to beat us.”

Calipari added retired Kentucky coach Joe B. Hall questioned the move after the game, but he explained his reasoning Sunday.

“I thought more guys needed to touch the ball (and) we need to move it around and we needed to put it back on Kansas and make them guard,” Calipari said.

However, it was his team’s defense that made a difference in the finale and throughout the season.

“Our shot-blocking ability was incredible. We made everything hard for the opponent. Even if we didn’t block it, we affected shots. We did it one through five.”

Calipari said his team, which he termed as “positionless,” proved you could win with freshmen and sophomores and was reminded of that on Sunday.

“Our kids — freshmen, sophomores and Darius Miller — had to play with that in their minds,” Calipari said. “No team with freshmen like this had won a national title. … When I see the finish of this game and what was on these kids’ shoulders, I’m even more proud of them.”