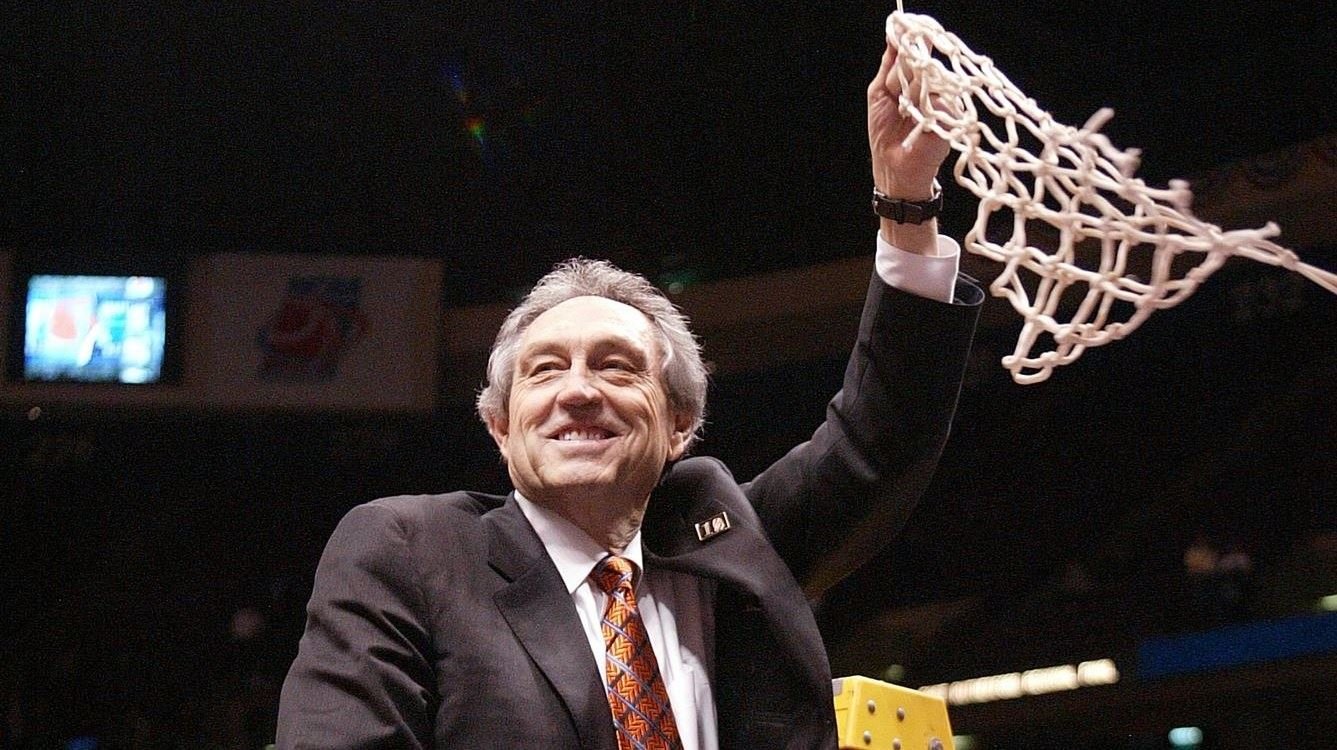 Former Kentucky coach Eddie Sutton died at the age of 84 on Saturday.

Sutton’s family said the Hall of Fame coach died of natural causes at his home near Tulsa, Oklahoma.

“Dad and Mom treated their players like family and always shared the belief that his teachings went beyond the basketball court,” the family wrote. “He cherished the time he spent at every school and appreciated the support of their loyal fans. He believed they deserved so much credit in the success of his programs.”

Sutton replaced Joe B. Hall at Kentucky in 1995 and resigned fur years later following a recruiting scandal. Sutton compiled an 88-39 mark at Kentucky, including a 32-4 record in his first season with the Wildcats.

Following a one-year away from coaching, Sutton replaced former Kentucky assistant coach Leonard Hamilton at Oklahoma State, his alma mater. Sutton led the Cowboys for 16 seasons and guided Oklahoma State to Final Four twice. He went 368-151 and finished out his coaching career as an interim coach at San Francisco, where he notched his 800th victory during the 2007-08 season.

“Oklahoma State University is deeply saddened by the passing of Coach Eddie Sutton,” Oklahoma State President Burns Hargis said. “A Hall of Fame Coach with more than 800 wins, he revived our historic basketball program and will always be revered and loved by the Cowboy family. Our thoughts and prayers are with the entire Sutton family.”

Overall, Sutton went 806-326 in 37 seasons and began his career at Creighton before moving on to Arkansas where he guided the Razorbacks to the Final Four in 1978. The basketball court is named in his honor at Oklahoma State and the practice facility at Arkansas also is named after the long-time collegiate coach.

He is the first coach to lead four different schools to the NCAA Tournament and was voted into the Naismith Memorial Hall of Fame last month.