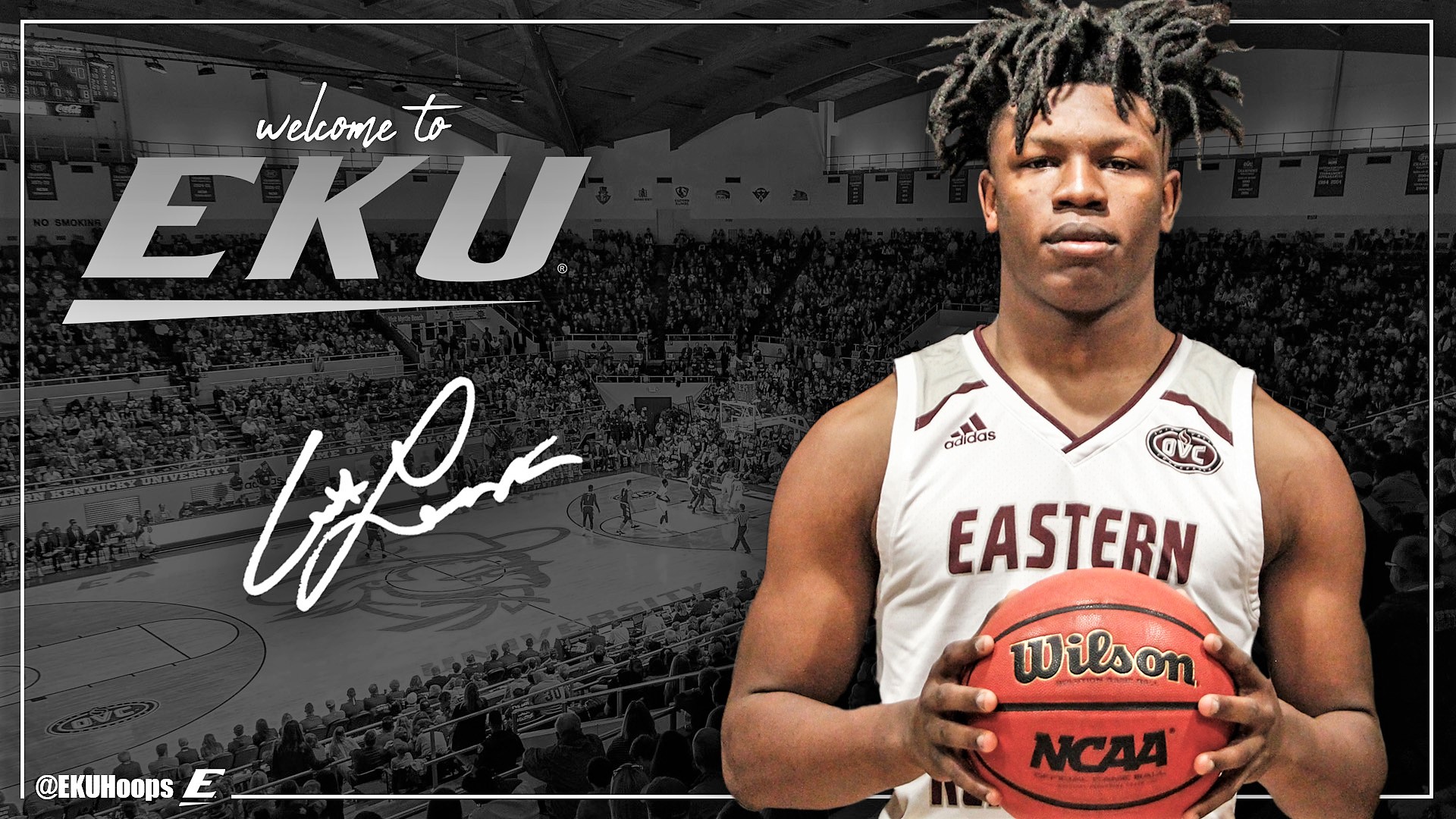 Lewis comes to EKU from Louisville-based preparatory school Aspire Academy, where he averaged 32 points and 17 rebounds-per-game this past season. He posted a career-high 51 points and 27 rebounds in a game versus Athens Prep.

During the 2017-18 season, Lewis was a Kentucky Mr. Basketball finalist at Valley High School in Louisville. He was voted the 6th Region Player of the Year after averaging 25 points-per-game as a senior at Valley.

“It is an absolute pleasure to welcome Curt to our basketball family at EKU,” Hamilton said. “Curt is one of the most talented players in Kentucky, and to able to keep him close to home was a priority for us in recruiting. Our fans are going to love his skill, versatility and athleticism. He is a playmaking guard who will instantly make everyone around him better, both on and off the floor.”

Lewis had more than 20 Division-I offers. He chose EKU over the likes of UAB, Jacksonville State, Western Kentucky and Middle Tennessee State.

Fans can get a head start on the 2019-20 season by placing a non-refundable $50 deposit on season tickets that will be included in the overall price of the package.  For questions or to place your deposit, call Alex Harrison at (859) 358-9272 or the EKUSports ticket office at 844-3-GOBIGE.