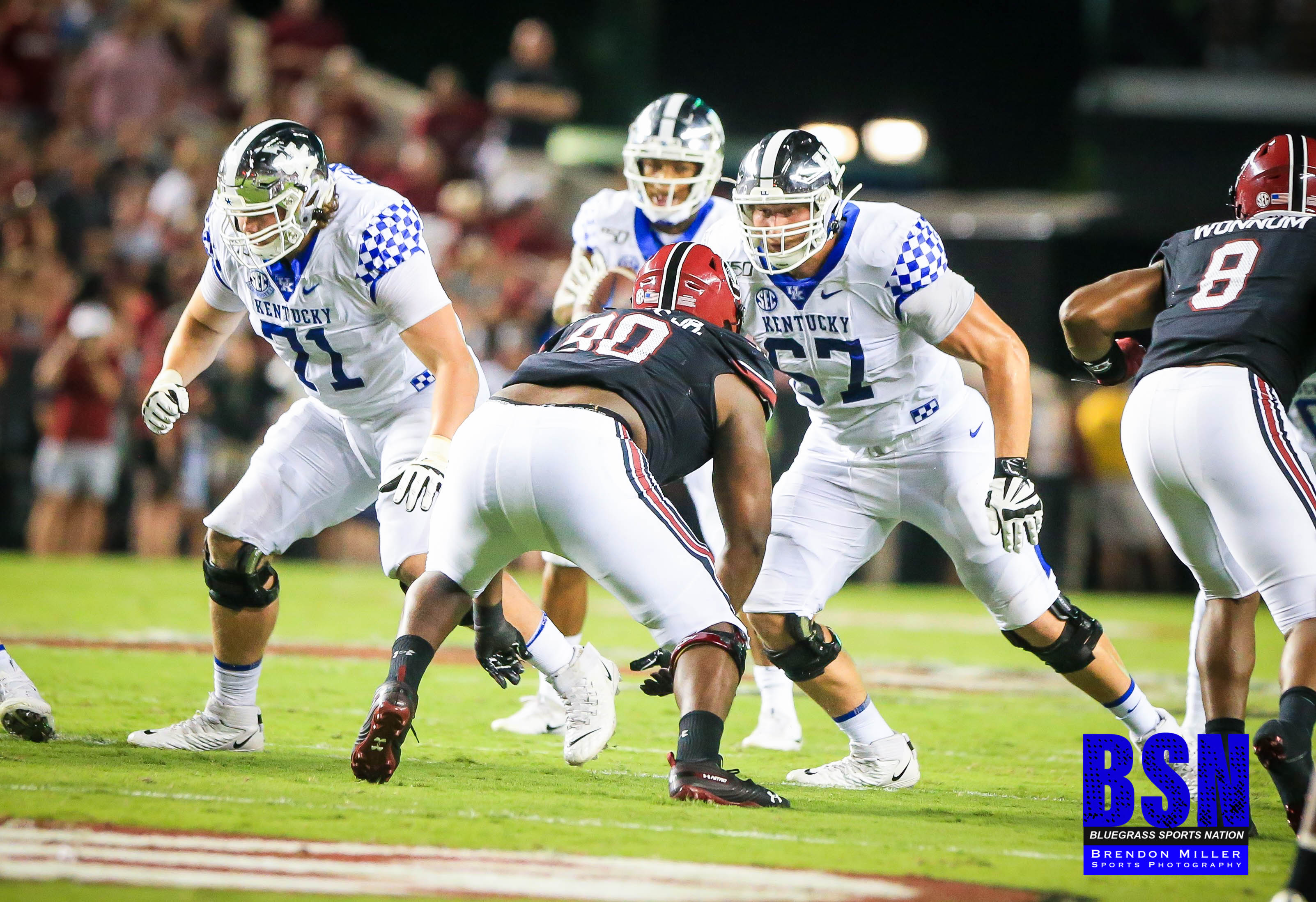 University of Kentucky senior offensive tackles Luke Fortner and Landon Young are two of the 114 nominees for The 2020 Wuerffel Trophy, known as “College Football’s Premier Award for Community Service.” Named after 1996 Heisman Trophy-winning-quarterback Danny Wuerffel from the University of Florida, the Wuerffel Trophy is awarded to the FBS player that best combines exemplary community service with athletic and academic achievement. The 114 nominees are the most since the award began releasing a watch list in 2015.

Young, a native of Lexington, Kentucky, is another one of the leaders for Kentucky football in terms of community service hours. Because of his work in the community, he was a nominee for the Wuerffel Trophy in 2019, while also earning spots on the Allstate AFCA Good Works Team and the Southeastern Conference Community Service Team last season. Young graduated in December of 2019 with a degree in animal sciences and is currently working on a second degree in agricultural economics.

Here are a few of his community service projects:

·        Frequent visitor of a local nursing and rehabilitation center, Cambridge Place, providing joy to the residents … Because of his dedication to Cambridge Place, they honored him in February of 2020 by naming the dining hall the “Landon Young Dining Hall”

Nominations for the Wuerffel Trophy are made by the respective universities’ Sports Information Departments and will close on October 15. A current list of nominees can be found at www.wuerffeltrophy.org beginning August 1. Semifinalists for the award will be announced Nov. 3 and finalists will be announced on Nov. 23.

The formal announcement of the 2020 recipient will be made at the National Football Foundation’s festivities in New York City on December 8. The presentation of the 2020 Wuerffel Trophy will occur at the 52nd All Sports Association Awards Banquet on February 19, 2021 in Fort Walton Beach.

The Wuerffel Trophy is presented by Chick-fil-A® and is also supported by its corporate partners Dart Container Corporation/Solo Cup and Herff Jones.

The Wuerffel Trophy is a member of the National College Football Awards Association (NCFAA), which encompasses the most prestigious awards in college football. Founded in 1997, the NCFAA and its 25 awards now boast more than 800 recipients, dating back to 1935. Visit www.ncfaa.org to learn more about the association.