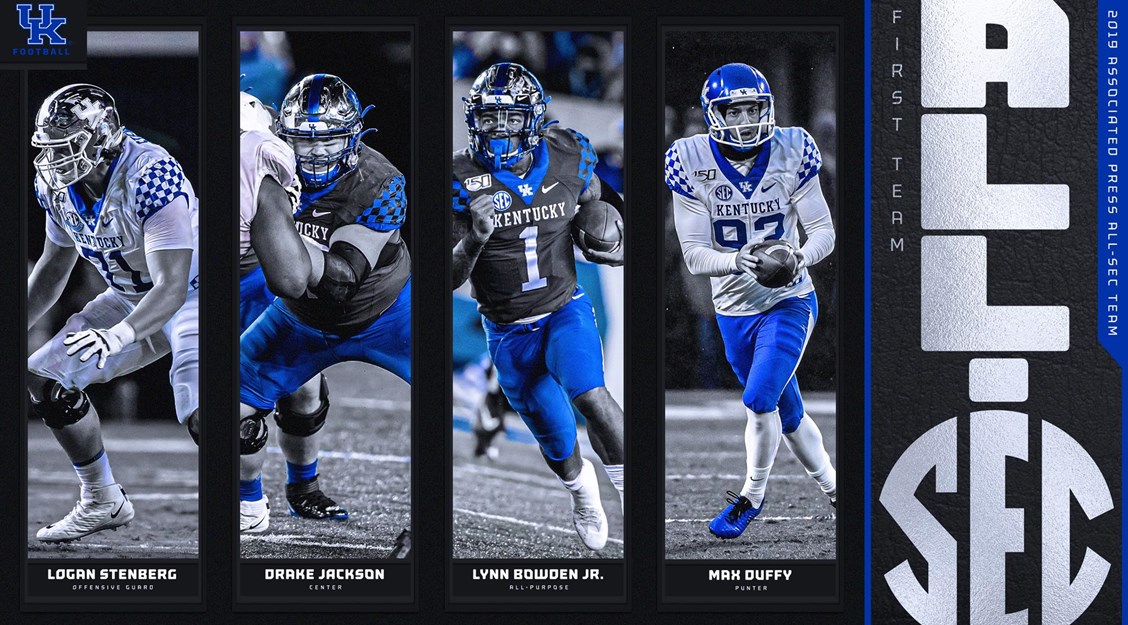 Bowden, Jackson and Stenberg were three major cogs in the nation’s fourth-ranked rushing offense this season, as the Cats completely re-vamped their attack after a rash of injuries at quarterback position necessitated Bowden taking over the position. The Cats rushed for 274.4 yards per game, including three consecutive games of at least 400 yards to end the season. The team broke the single-game rushing record in back-to-back weeks, including 517 yards against Louisville in the regular-season finale.

Jackson and Stenberg were the two most veteran pieces of an offensive line regarded as one of the best in the country. Jackson, a redshirt junior from Versailles, Kentucky, has started 32 consecutive games and was named SEC Co-Offensive Lineman of the Week after the Cats piled up 401 yards on the ground versus Vanderbilt on Nov. 16. Stenberg, a senior from Madison, Alabama, has a reputation as one of the toughest blocking guards in the SEC and has started 38 consecutive games for the Cats.

Kentucky finished the regular season 7-5 overall, 3-5 in the SEC and will face Virginia Tech in the Belk Bowl on December 31 in Charlotte, North Carolina at noon on ESPN.