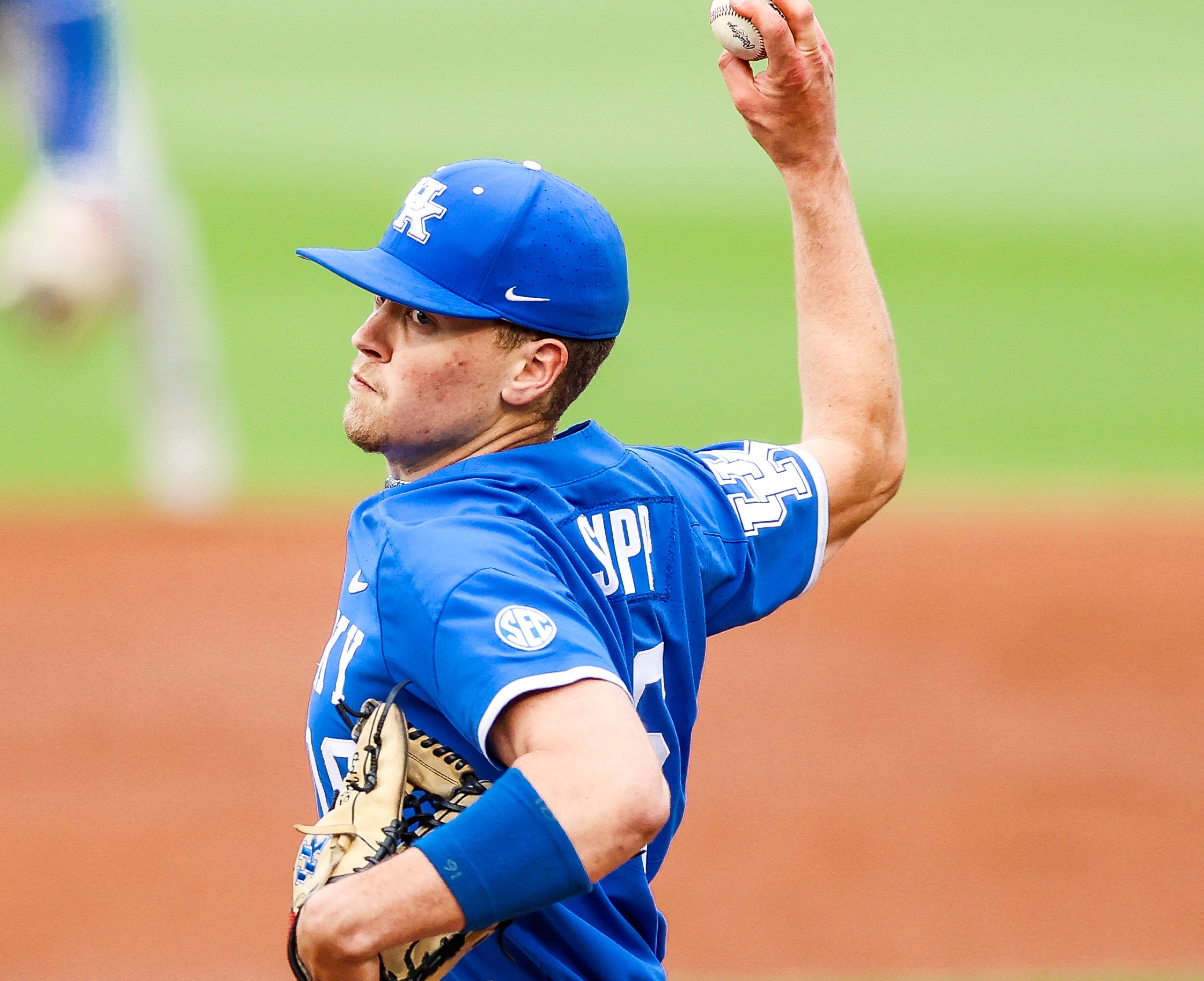 The sophomore from Atlanta area leads Wildcats to 6-1 win over No. 20 Georgia

Cole Stupp pumped his fist, turned and let out a primal yell, the final act of a dominant performance that pushed Kentucky to a 6-1 victory over No. 20 Georgia at Foley Field on Friday night.

Taking the mound barely more than an hour from his hometown of Milton, Georgia, with a large family contingent in attendance, Stupp delivered arguably the best outing of his career, spinning 8.0 innings of one-run baseball as the Wildcats earned their second road win over a ranked team. The sophomore right-hander blanked the Bulldogs for the first 7.2 innings before they scratched across a single run, but Stupp blew a fastball past Chaney Rogers to end the inning, finally allowing the stoic pitcher to let his emotion explode.

The win moved UK to 22-9 overall on the season and 7-6 in Southeastern Conference play with an opportunity to secure a second road series win in the first half of the league schedule. Georgia, coming off a series win over No. 1 Vanderbilt, fell to 21-12 overall, 5-8 in SEC play.

The Cats found ways to manufacture runs all evening and produced three two-out runs, including a pair in the seventh that made it 4-0. In the second, Austin Schultz singled with two outs, stole second and then scored on T.J. Collett’s RBI single. In the seventh, Collett was hit by a pitch to load the bases after a nine-pitch at bat before John Rhodes and Coltyn Kessler each walked to force in runs.

Top 9th – Schultz singled to RF, advanced to second on a passed ball and third on a throwing error by the pitcher. Rhodes doubled to RCF, Schultz scored. Rhodes stole third and scored on Kessler’s fielder’s choice. UK 6, Georgia 1.

The Cats seek a series win at No. 20 Georgia on Saturday. First pitch on is set for 7 p.m. ET on the SEC Network. The radio call will be on the UK Sports Network.