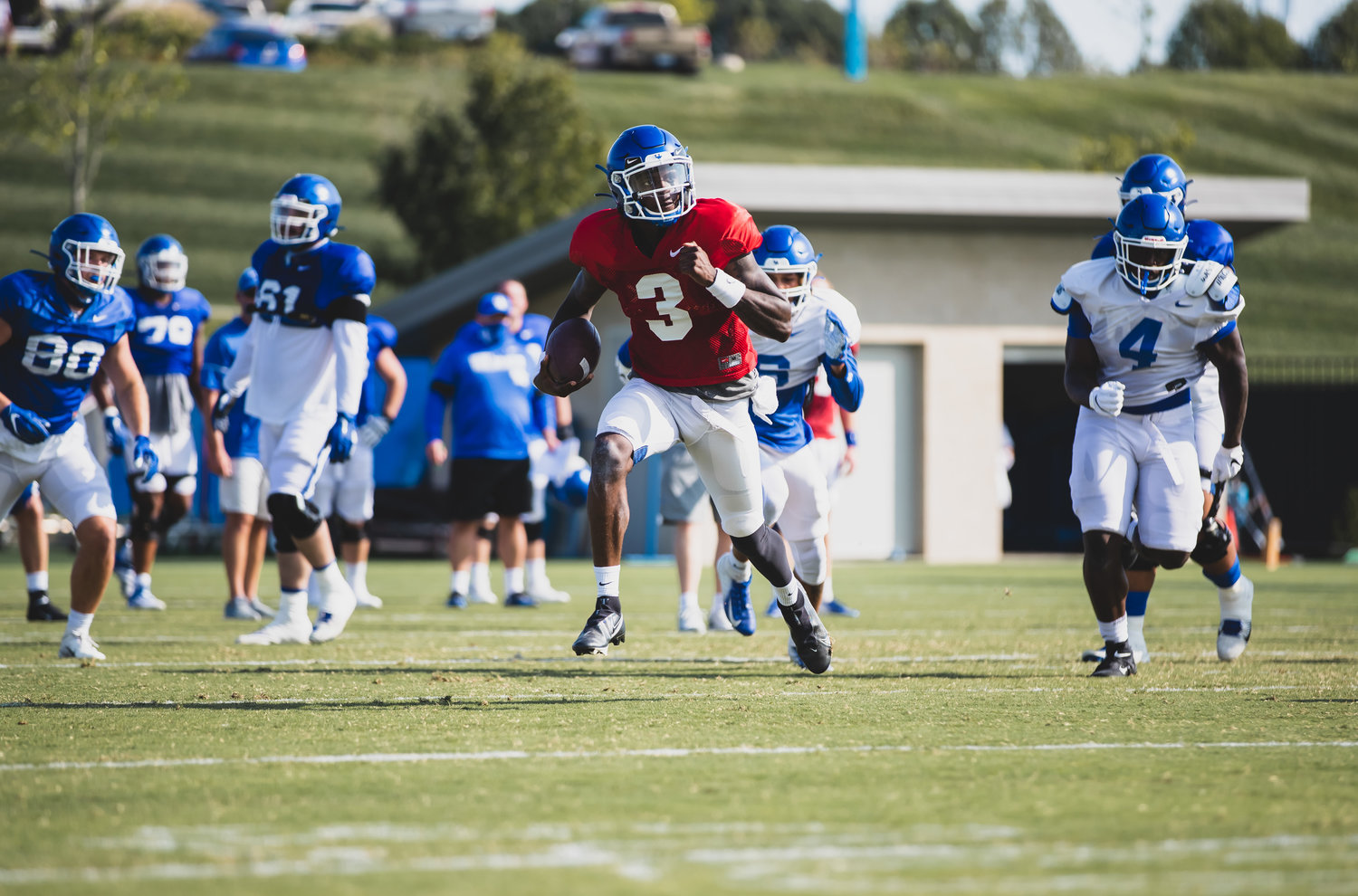 Eddie Gran wants to see more from Kentucky’s offense in the red zone as the Wildcats inch closer to the season opener.

“We’re trying some different things as well,” Gran said. “We want to score touchdowns. Field goals aren’t going to get it done in this league, at this level. We need to be better. We’re shooting for touchdowns every time we get down there (in the red zone). We’re also seeing what we can do to where we’ll be comfortable and our quarterbacks will be comfortable.”

In addition to trying different schemes, the Wildcats have been trying different things against a defense that’s not making things easy on Gran and his staff so far during preseason workouts.

“The defense has been stingy,” Gran said. “They’re doing a heck of a job and I feel good about where we are right now, I really do.”

Although happy with the team’s progress, Gran would like to see the Wildcats become more consistent on offense.

“Offense is about being consistent and it’s not going to be perfect but we’re going to strive for perfection,” he said.

During the team’s second scrimmage of fall camp last weekend, Gran said the offense wasn’t “as detailed as we needed to be (Saturday), but give credit to our defense and some of the things they were doing.

“We’re still installing and we’re still putting stuff in and we’re still making them think and that’s good because you’ve got to stretch them and get them ready for that game time situation when you do make an adjustment,” Gran said. “Give it to our defense. They got after our tail and some things were confusing. That’s why you watch the film and that’s why you coach. … if we can be consistent, we’ll have a chance to really be balanced and we can make explosive plays in the passing game.”

The receivers have been making plays, but Gran would like to see more options within the passing game.

“We need just a couple of more out of that group to be more consistent and say they want to be a part of this thing,” Gran said. “That’s what I would like to see in the next three weeks.”

DeMarcus Harris is one player who could make an impact this season and has impressed Gran and the coaching staff so far this fall and made some plays in last weekend’s scrimmage.

“He made a really good fade catch and it was a very contested throw,” Gran said. “It’s that 50-50 ball that coach always talks about (when you’re competing). He went up and got it and Terry (Wilson) threw a great ball and that was nice to see. He is doing some other things (well) in practice and I’m feeding him (out). He’s trying to be physical and he’s working hard. He’s one that is making a move right now and it’s good to see.”

Gran has been pleased with the team’s overall progression this fall.

“There is always competition at every position,” Gran said.