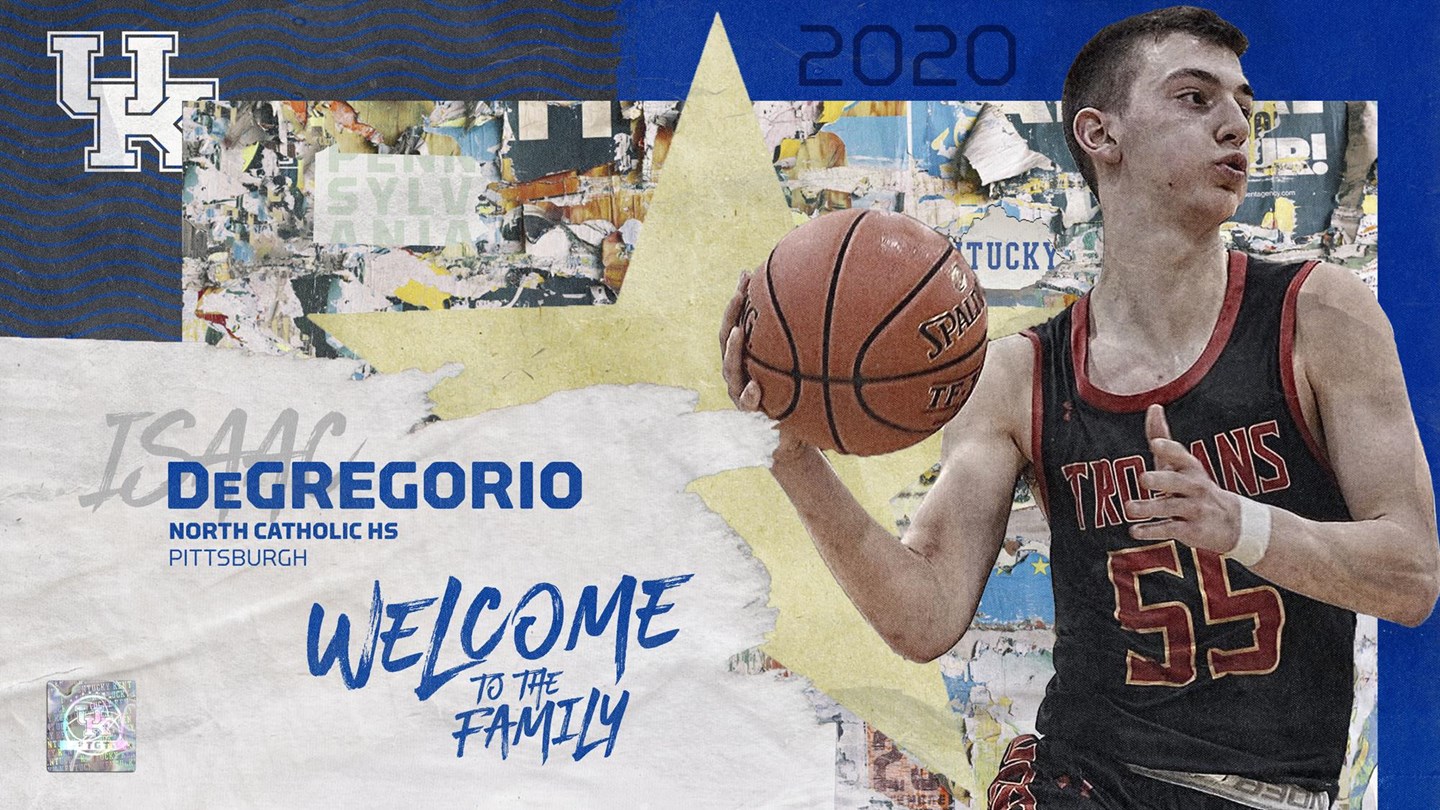 Kentucky added a walk-on to its roster Thursday.

Isaac DeGregorio, a point guard from North Catholic High School in Pittsburgh, Pennsylvania, will join the Wildcats next season. DeGregorio averaged 17.9 points per game last season and led the Trojans to a 26-2 mark and the Western Pennsylvania Interscholastic Athletic League Class 3A Championship.

“Joining Kentucky basketball is a dream come true,” DeGregorio said. “I’ve been a Kentucky fan all my life and to join the team is surreal. The opportunity to be around the best players and coaches in the nation is something I just couldn’t pass up. I’m looking forward to getting to Lexington and getting in the gym with my teammates. My dream is to become a college basketball coach and there is no better way to prepare for that than being around the best.”

“Isaac had a strong year and has a tremendous basketball IQ to go along with a great skillset, neither of which should be a surprise with the basketball family he comes from,” Calipari said. “I played for his grandfather in college and over the years got to know his father, who is a terrific coach in his own right. Isaac will be a great addition to what we do here, and I look forward to him being a part of this program.”

DeGregorio is the seventh member of the 2020 class. All six of Kentucky’s signees – Devin Askew, BJ Boston, Terrence Clarke, Cam’Ron Fletcher, Isaiah Jackson and Lance Ware – are consensus five- and four-star prospects. Boston and Clarke are ranked the highest in the class with Boston checking in at No. 4 in Rivals’ rankings and Clarke placing No. 4 in 247Sports’ rankings.