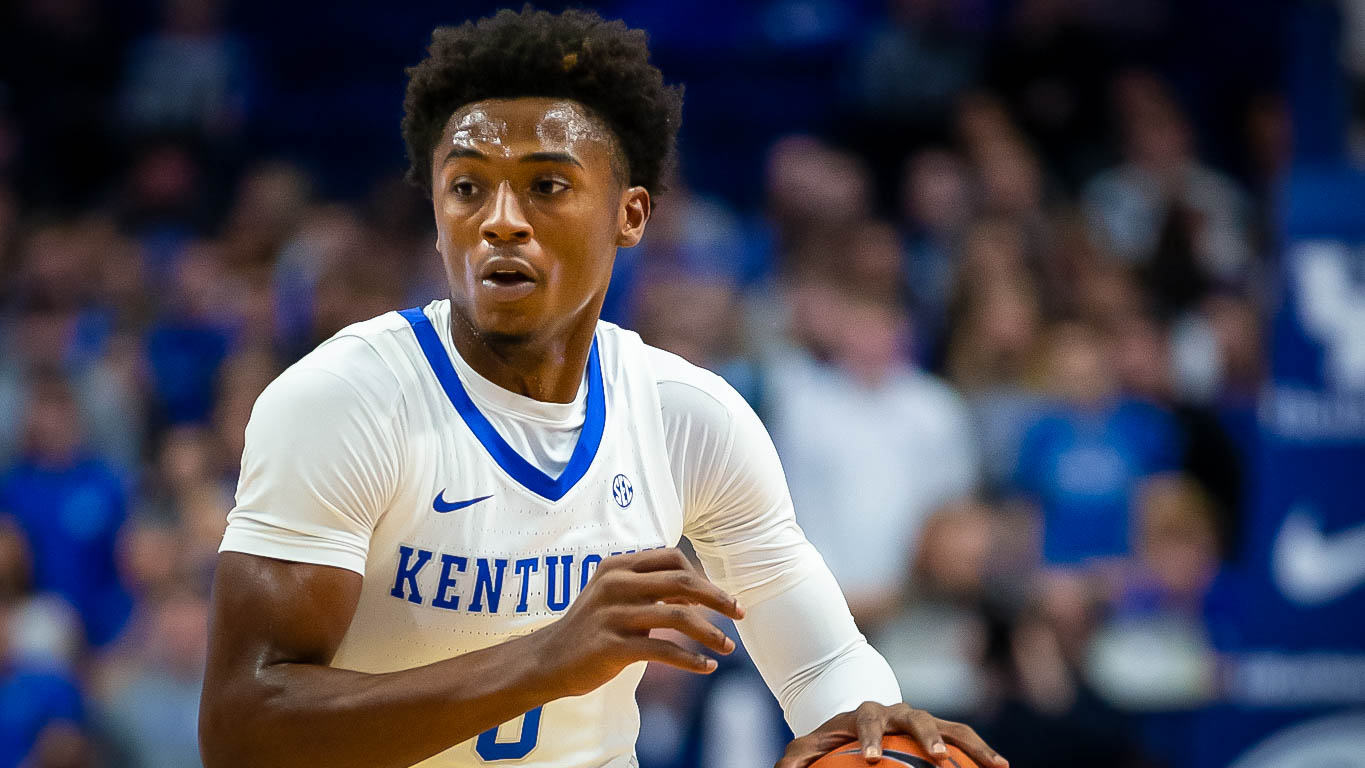 John Calipari is already making adjustments to his practice schedule and hopes the five-day break will give his team a chance to get healthy.

“I’ve had to change practice because we’re practicing with seven and eight guys,” he said following a stunning 67-64 loss to Evansville Monday night. “That makes it hard. So, I’ve got to figure out a way (to structure practice).”

Forward EJ Montgomery has missed the past two games because an undisclosed illness and Calipari admitted that point guard Ashton Hagans has been slowed because “his leg is bothering him.”

“He hasn’t really been practicing,” Calipari said. “By not being able to really get after it, that’s his game. So, we got to figure out whether we shut it down completely. And I was trying to say, let’s get through this game and take some time, and probably should have had him take the game off. But, you know, we will see. We got a lot of stuff to figure out, to be honest with you.”

Hagans struggled against the Purple Aces and scored just three points. Hagans missed seven of eight shots from the field, including three treys and committed four of the team’s 13 turnovers. Although not at full speed, Hagans collected two steals and dished out three assists.

“That wasn’t Ashton,” Calipari said. “That wasn’t the Ashton that I know. I think when you, you’re not competing every day to bring that out, you’re not going to play that way. That’s on me, not on them. But again, Evansville deserved to win the game in every aspect. They out-rebounded us, they out-toughed us, they made more threes, drove us for layups. I mean, they deserved to win.”

In addition to not being a full speed, Calipari said the Wildcats “weren’t passing the ball to each other” against the Purple Aces and added his team’s lack of toughness, especially in the post, continues to be an issue.

“We were just coming down and we were saying post it and the dude twice jacked up threes like it’s high school,” he said. “Just shoot it. And you’re looking like, really? Like, do you understand we’re in a dog fight here? …  the game got physical and he wasn’t as tough as their guy. And that’s bottom line. So he’s got to know that I can’t play that way. I’ve got to be strong and hold my position. Nate (Sestina), same thing. We couldn’t post Nate. We couldn’t get him the ball.”

Calipari praised former Kentucky standout Walter McCarty and his ability to get his team ready to play in a hostile environment.

“They smelled they could win the game and they finished,” Calipari said. “They finished strong. And we didn’t. This was a great lesson for all of us, including me. I mean, we could say they got outplayed and I could tell you I got out-coached.”

“Losing period is disappointing, whether you were ranked number one or not ranked, we all hate to lose, I know that for a fact, but like I said we are just going to come (back) ready to work and bounce back,” he said.

Calipari, who said the loss “all comes back to me” hopes the setback will result in a successful bounce-back starting Monday against Utah Valley State.