Hagans Named a Naismith Defensive Player of the Year Candidate 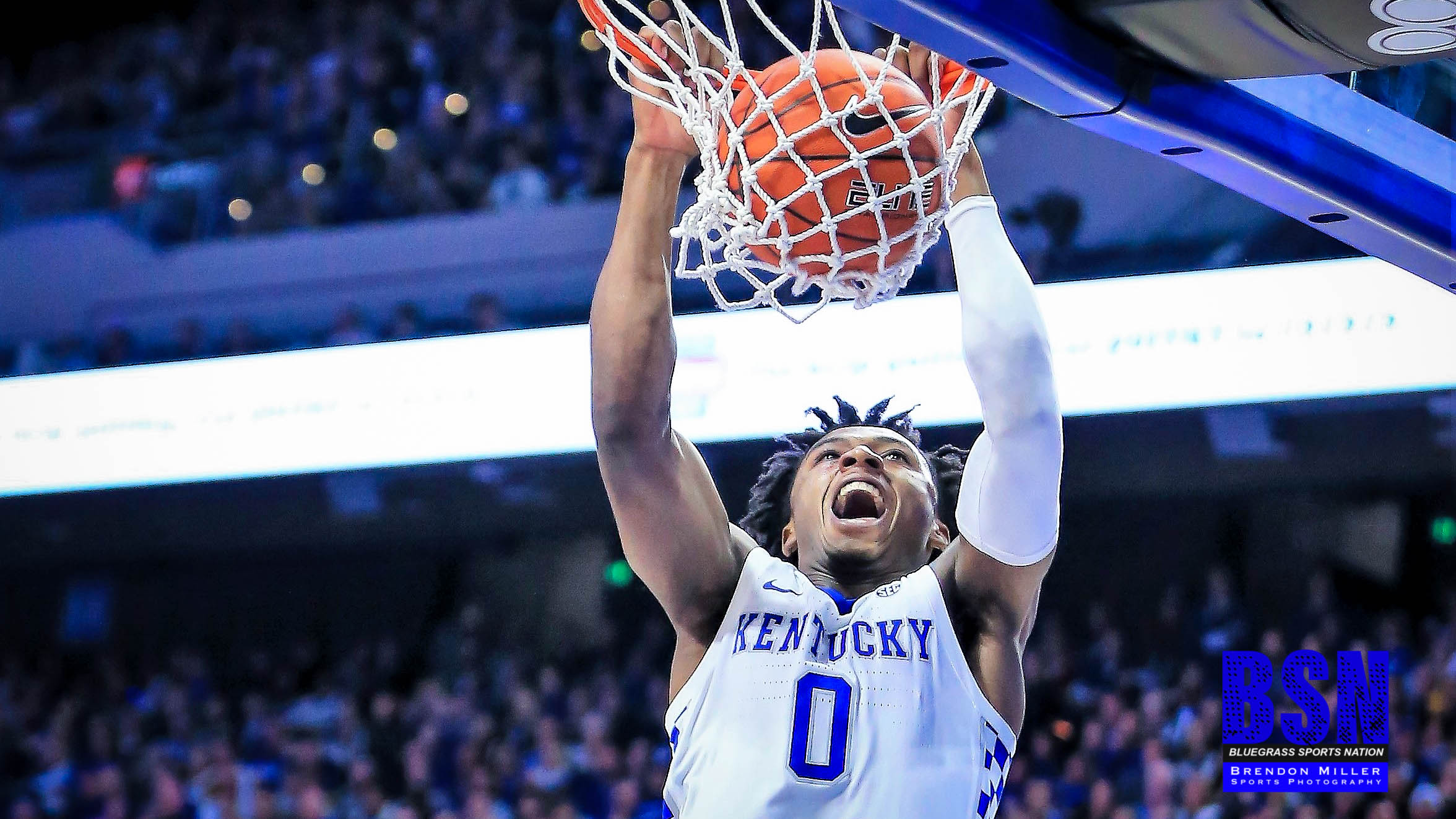 Players not on the midseason list are still eligible to be selected as award semifinalists, which will be announced in February.

The 6-foot-3 guard out of Cartersville, Georgia, is once again UK’s best on-ball defender with a team-high 39 steals, oftentimes drawing the assignment on the opposing team’s best offensive player. He’s averaging 2.2 swipes per game, which ranks among the top 30 in the country. In just 55 career games, Hagans has already amassed 100 career steals, which ranks among the top 35 in program history.

With Hagans spearheading the defensive effort, UK is limiting teams to 38.7% from the floor and 29.2% from long range, which both rank among the top 35 in the country.

“He’s the most indispensable player on this team,” ESPN analyst Jay Bilas recently said in a telecast of the UK-Alabama game. “Without Ashton Hagans, a lot of fight goes out of this Kentucky team. I thought the best advertisement or promotion for Ashton Hagans for National Defensive Player of the Year – and he’s right there, I think, to get that award – was how he played in the ballgame (at) Georgia. There were at least three or four possessions in that ballgame where Georgia was taking it down in an advantage situation and Ashton Hagans disrupted it and it turned into two points for Kentucky.”

UK’s point guard’s game has evolved in year two and he’s impacting the game in a multitude of ways.

“We could say there are better point guards in the country, but you got to tell me who you’re talking about,” John Calipari said recently.

With the way Hagans is playing this season, there are few rebuttals.

Hagans has been the consummate point guard in his sophomore season, doing a little bit of everything to affect the game. He is averaging 13.6 points, 7.3 assists, 4.3 rebounds and 2.2 steals per game while grabbing the leadership reins of a talented but once again young team. He’s one of only two players in the nation averaging at least 13.0 points, 7.0 assists, 4.0 rebounds and 2.0 steals.

For the season, Hagans is averaging 7.3 assists per game, ranked eighth in the country, tops in the league (through games on Jan. 21) and ahead of Tyler Ulis’ 2015-16 school-record 7.0 assists per game pace.

Hagans has flirted with a triple-double on a number of occasions this season, the latest of which was a 15-point, nine-assist, nine-rebound game vs. Alabama. Underscoring his coach’s confidence in him, Hagans posted that line and Calipari wasn’t satisfied.

“That’s how much I think of (him),” Calipari said. “You’re a triple-double, and I’m saying you’re better.”