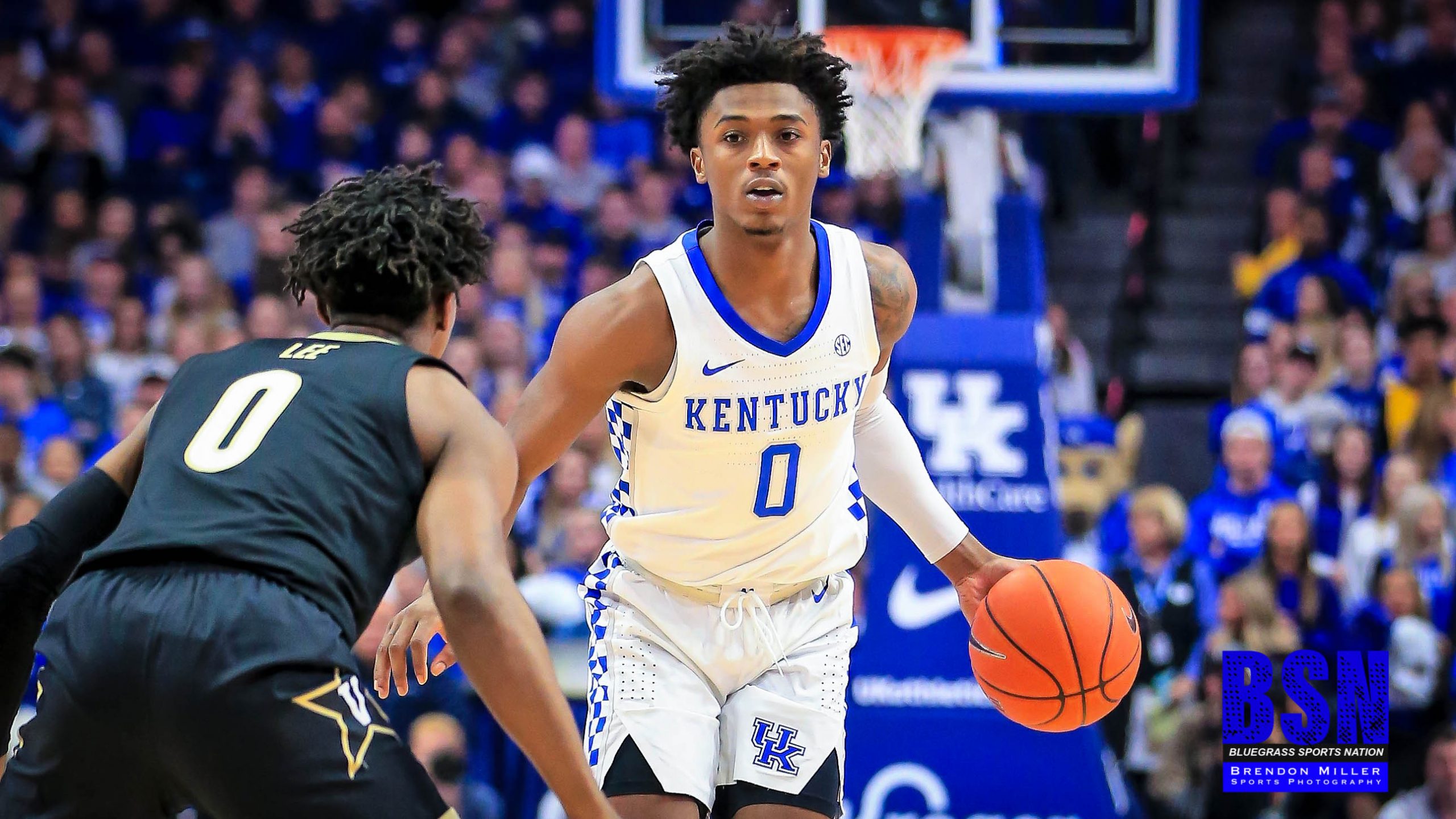 Ashton Hagans and Nick Richards didn’t practice Thursday and it’s uncertain if both players will be able to play when Kentucky hosts Florida Saturday.

Hagans missed the final five minutes because of what appeared to be un upper leg injury, while Richards came down on his ankle late in Kentucky’s 79-76 win at LSU earlier this week in Baton Rouge.

Kentucky coach John Calipari said both players were listed as day-to-day and is hopeful both players will be on the floor against the Gators.

“How about if both of them can’t play?’ Calipari said “We’ve got (Kentucky pitcher) Ben (Jordan). We have Ben who can go out there and throw strikes. … we’ll see.”

Although Hagans and Richards weren’t part of team workouts Thursday, Calipari said his team “had one of our best practices with six guys” and said the Wildcats “competed, got better and they had great body language.”

“We went from one thing to the other,” the Kentucky coach said. “We got better yesterday. And you’re just trying to tell them, ‘Let’s not waste any time.’ Today is going to be the short version. It’s the day before a game. We got next Thursday and we’ve got the next Thursday. We’ve got two practices like that and then the season’s over, which is crazy. But that’s what it is”

Kentucky guard Immanuel Quickley said Hagans took “a hard spill” but added that he also has been fighting through adversity all season.

“I think it started from, I can’t remember what game it was, he took a hard spill on his back and I think it hurt him more at LSU,” Quickley said. “We hope we can get him back. But if not, we’ve just got to be ready to go.”

Quickley, the team’s leading scorer (15.2 points per game), said the team is different without Hagans in the lineup but thinks the Wildcats are “the same in a lot of ways.”

Richards said his ankle was feeling “pretty good” and has been getting treatment. Richards didn’t appear to be in a great deal of pain when he talked with the media Friday. Richards is getting treatment and added that he planned in practicing with the Wildcats on Friday.

“It was pretty painful. When I watched the video, I was really surprised that I didn’t break my ankle, actually,” he said. “During the game, it had a lot of pain and right after the game I just started getting treatment on it trying to hopefully fix it.”

Like Quickley, Richards said the injury to both players shortens the bench but us confident the reserves can pick up the slack if necessary.

“I think the only thing we’re going to have problems with—the bench, there’s not really that many guys on the bench,” Richards said. “Overall, I actually think that we’re going to be the same team. Guys are going to live up to the moment. They always step up for their roles. I don’t think there will be any issues when it comes to how we play.”

Kentucky (21-5, 11-2 Southeastern Conference) faces a Florida team that has been on a run as of late. The Gators (17-9, 9-4) have won three in a row and five of their last six games since ending January with a three-game losing streak. The two teams will play each other twice in the next two weeks.

“Our schedule down the stretch is ridiculous, but it is what it is — and we’re beat up,” Calipari said. “The biggest thing I’m hearing is there are people out there that feel sorry for us. They’re having parties in other parts of the league right now. It’s just how it is.”

Kentucky swept the Gators last season and Quickley is expecting a challenge again this year.

“I played against them a good amount of times last year,” he said. “They played us tough both times, really well-coached, they’ve got a lot of talented players, players that I played against in high school as well. It’s going to be a good game. They’re really tough (and) really skilled.”