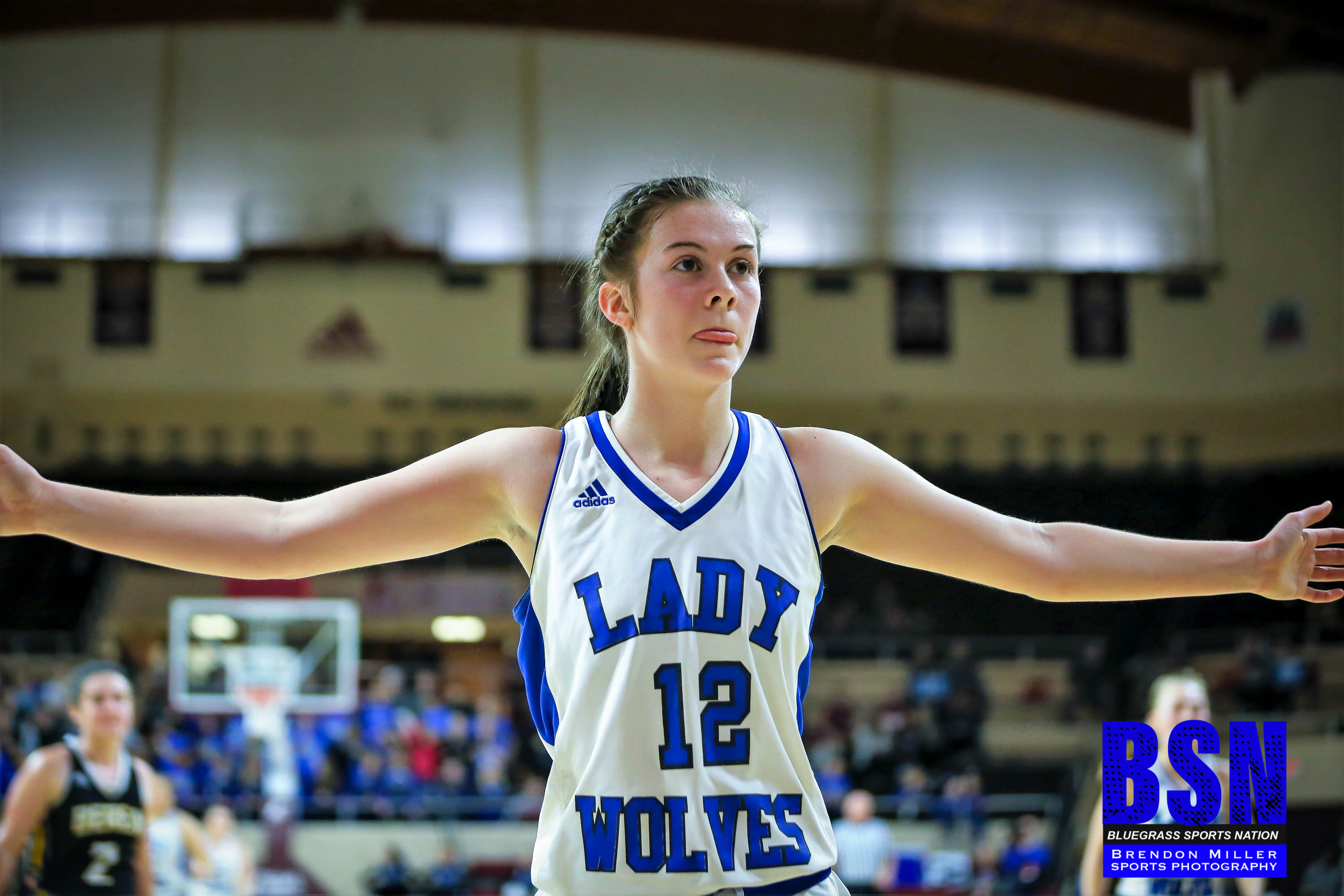 On Tuesday night, the Wolfe County Lady Wolves traveled to Jackson to square off against the Breathitt County Lady Cats. Going into the contest, the fans had no idea they were about to witness history.

In the second quarter, Wolfe County senior guard Hailey Smith scored 30 points which included six 3-pointers. As first reported by myself on Twitter, Smith’s performance broke the record for the most points ever scored in one quarter by an individual player in the history of KHSAA Girls Basketball. That is based on the most updated KHSAA record book pertaining to this stat.

According to the stats Wolfe County posted on the KHSAA website, Smith recorded a total of 43 points on 14-of-22 shooting from the floor, 7-of-8 shooting from 3-point range, and 8-of-11 shooting from the free-throw line. To make it even better, she recorded 10 rebounds in the process, giving her a double-double.

Smith is a two-sport athlete who has also posted tremendous numbers on the softball field. Last season, Smith led all players in the state (baseball and softball) in hits with 79 which is 11 more hits than that of second place.

Anytime a player records stats like those, it is a reflection of tremendous coaching and an excellent work ethic from all involved. It is especially a reflection on her teammates. In Smith’s 30-point quarter, several of her field goals came on assists from her teammates.

Congrats to Hailey and the team on this accomplishment. Ultimately, I’m just happy I was in attendance to witness history.