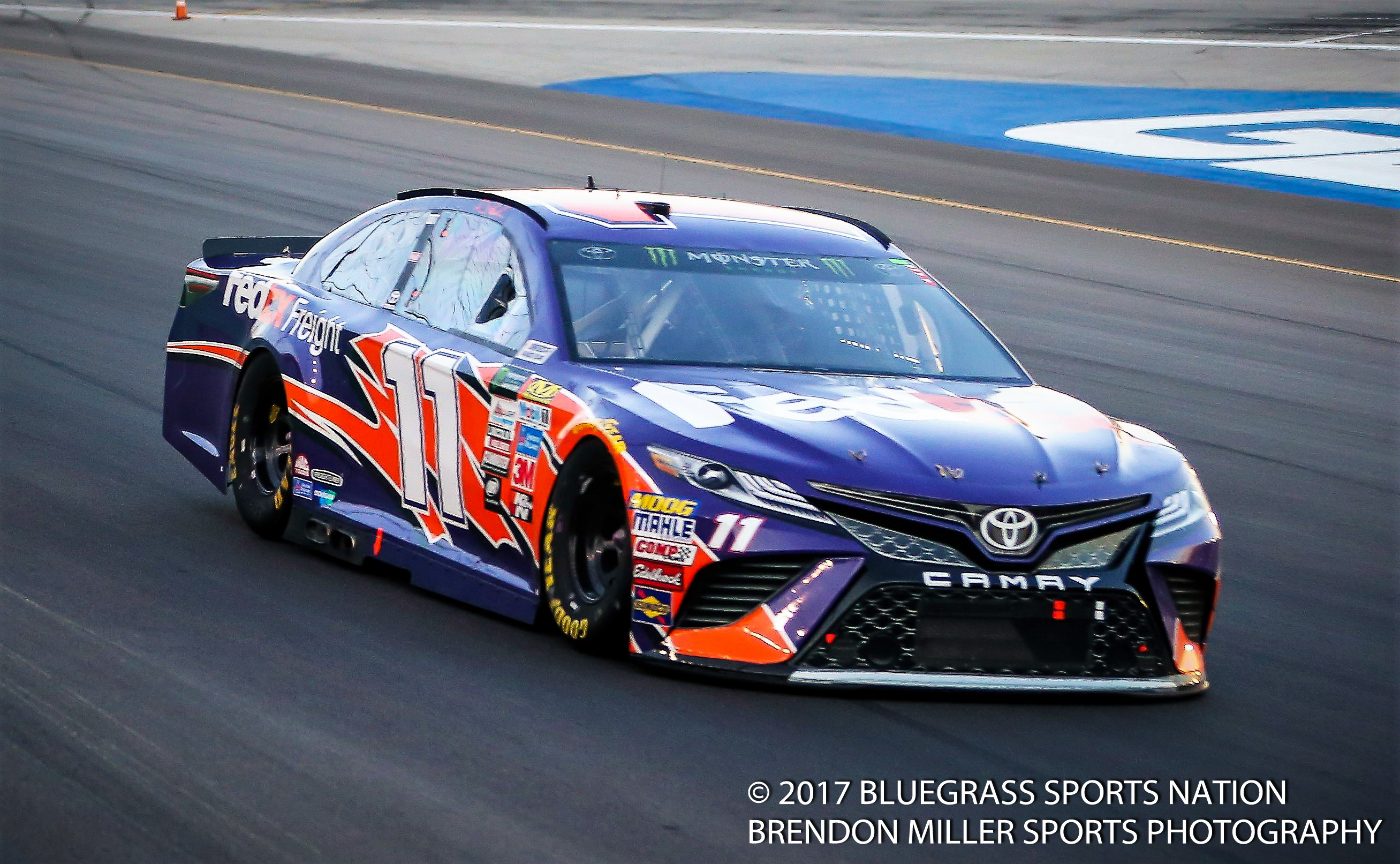 Overcoming a pair of pit row violations, Denny Hamlin wins the O’Reilly Auto Parts 500 in Fort Worth in a strategic fashion.

Located in the Northeast corner of Texas in the city of Fort Worth, Texas Motor Speedway is very similar in layout to Charlotte Motor Speedway and Atlanta Motor Speedway in being a 1.5-mile quad-oval with 24-degree banking in the turns. Opening since 1996, Cup drivers will battle 334 laps to earn the covenant Cowboy Hat and a pair of Six Shooters as champion of the event.

Qualifying at 188.890 mph Jimmy Johnson driver of the No. 48 Hendrick Chevy earned the Bush Pole Award and brought the field to green.  Johnson showing early dominance, checking off 60 laps in Stage 1, only to be trumped by Penske Driver of the No. 22 Ford-Joey Logano.  Logano led only 4 laps, but led the most important lap, the final one, to secure Stage 1 win.  Stage 1 was slowed down once, when Erik Jones Driver of the No. 20 Toyota spun out in Turn 2 bringing out the only caution.  Logano collected his second Stage win of the season.

Denny Hamlin-Driver of the Gibbs Racing No. 11 Toyota took advantage of a gas-only pit stop to advance his Toyota to the point, leading 15 circuits and capturing Stage 2 win and first Stage win of the season.

Kyle Bush-Driver of the Gibbs Racing Toyota controlled the lead in the final Stage but relinquished the lead, battling a loose handing Toyota.  As result, Bush’s No. 18 Toyota slapped the wall, ending his contention for a 3 peat race weekend.  The final laps was determined by a fuel strategy format, as drivers forfeited their lead to pit.  While Drivers pitted for final service, Denny Hamlin’s No. 11 Toyota regained the lead after pit circulation, and captured his 2nd Victory of the year.